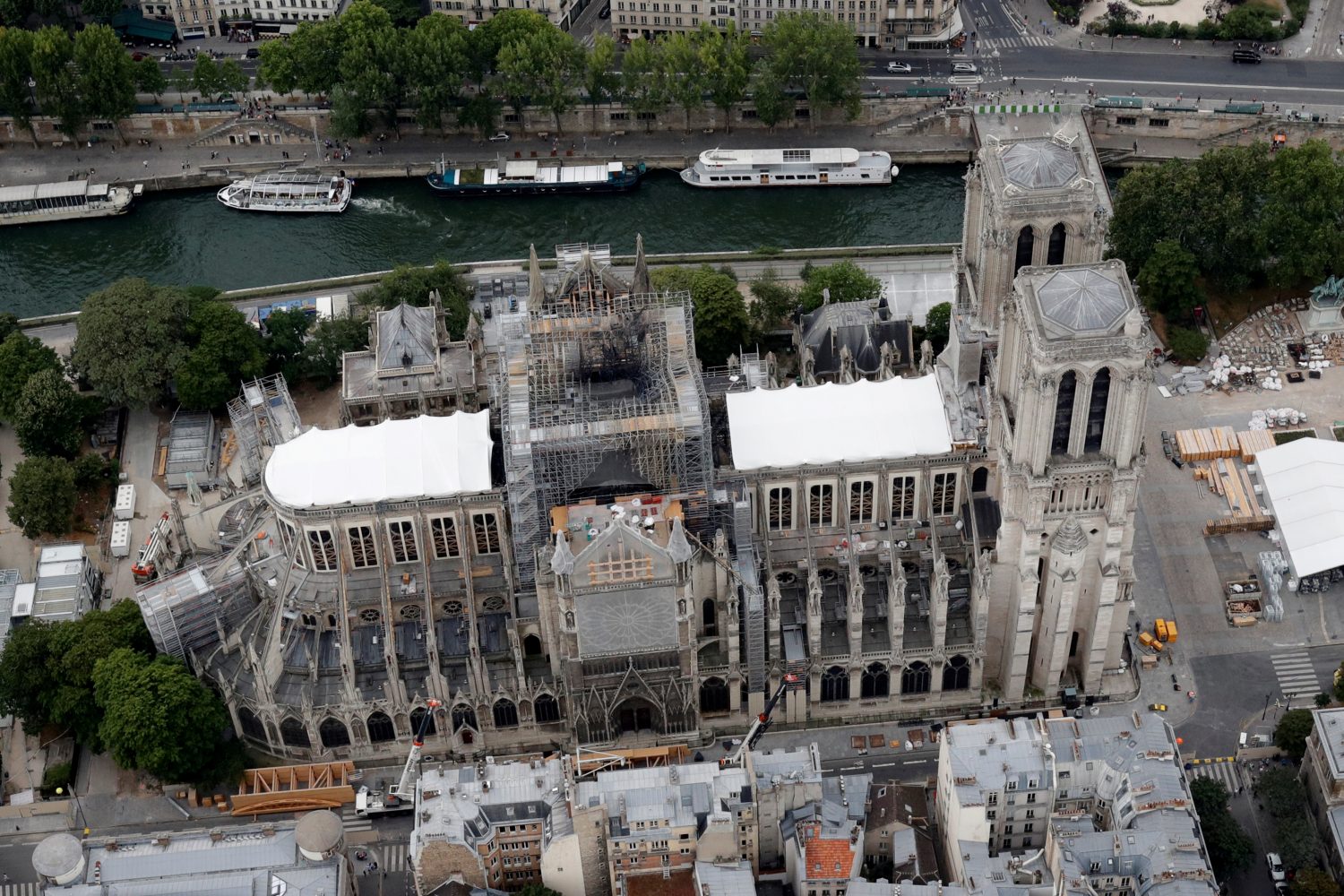 PARIS (Reuters) – An environmental protection group has filed a suit alleging lives were deliberately endangered after the fire that ravaged Notre-Dame cathedral in Paris, saying authorities failed to protect people from lead that spewed into the area.

The April 15 inferno melted hundreds of tonnes of lead in the cathedral’s spire and roof. Unusually high levels of lead were later detected in the air and nearby buildings, including primary schools.

Campaign group Robin des Bois filed a lawsuit dated July 26 against unknown persons, alleging that authorities in Paris were aware the fire had dispersed large quantities of lead into the air and that lead is toxic.

Authorities failed to provide adequate warnings of potential lead poisoning to local residents, tourists and workers on the site before and after the blaze, the suit says.

The authorities’ actions meant there was exposure to toxic fallout and that “lives were deliberately endangered”, Robin des Bois said in its complaint, filed with the Paris prosecutor.

The prosecutor will next determine whether the complaint merits deeper investigation.

Health officials have said people living and working in the vicinity of the cathedral were kept informed of risks and safety measures. Nearby residents were advised to wipe down surfaces with a damp cloth.

In June, after unusually high lead levels were detected in a child, pregnant women and young children were invited to get tested for lead levels in their blood.

More than three months after the fire, the Paris prefect suspended restoration work on the cathedral on July 25 until more robust decontamination measures have been put in place. The same day, the mayor’s office temporarily closed a nursery and primary school that were hosting a holiday club for a “deep clean” after high lead levels were detected.

The cathedral’s spire and roof, which collapsed in the fire, contained more than 450 tonnes of lead.