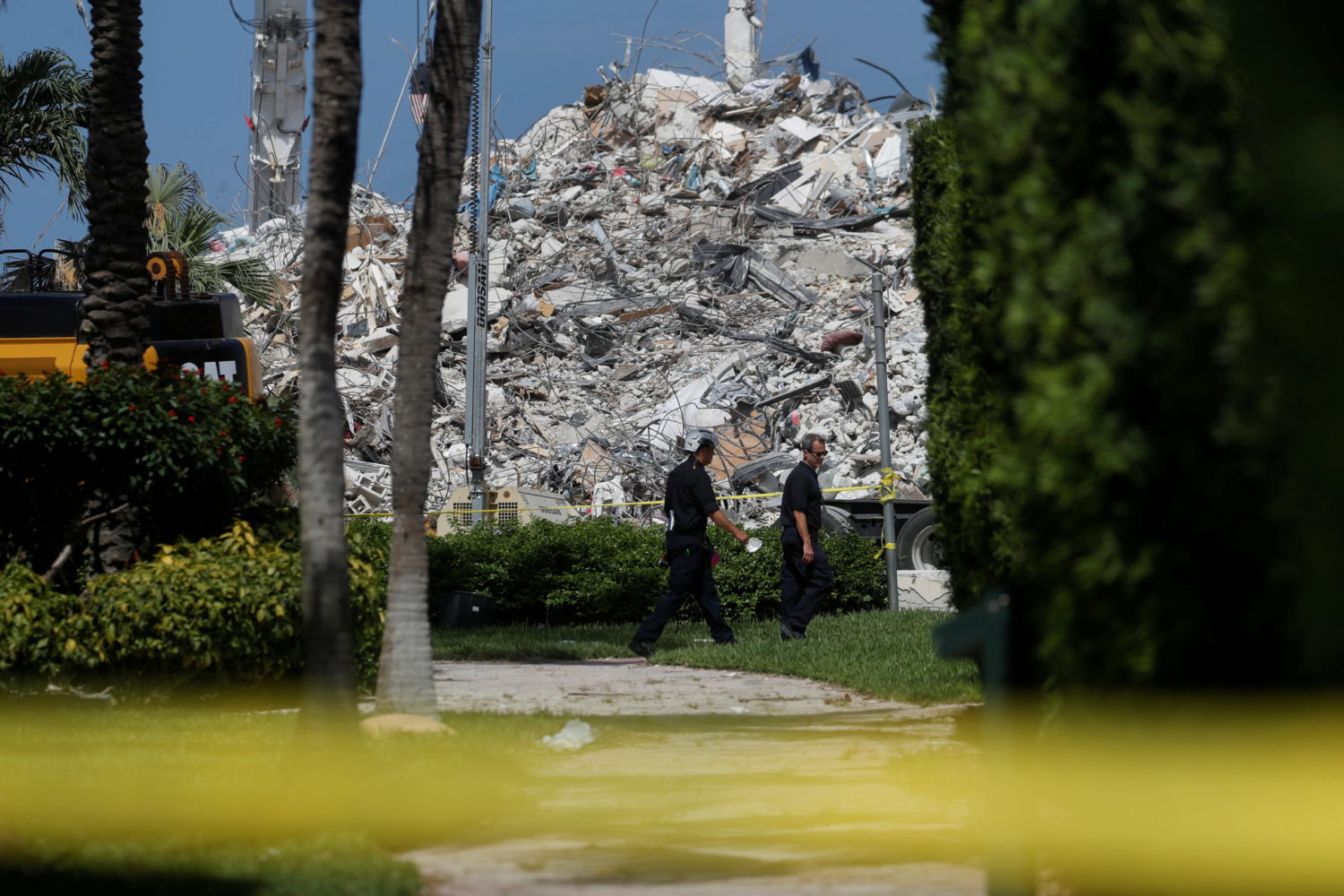 (Reuters) -Confirmed deaths in the partial collapse of a condominium near Miami rose by four to 94 on Monday as identifying remains became progressively difficult with the recovery effort in its 19th day, Miami-Dade County Mayor Daniella Levine Cava said.

Due to the passage of time, recovery workers are leaning more heavily on the medical examiner’s office to identify recovered bodies, an undertaking that is “very methodical” and takes time, Levine Cava said at a briefing.

The number of people still unaccounted for dropped to 22 on Monday from 31 a day earlier, and may include some of the victims who have yet to be identified in the rubble of the 12-story oceanfront building in the town of Surfside that partially collapsed in the early morning hours of June 24.

“The process of making identifications has become more difficult as time goes on, and the recovery at this point is yielding human remains,” Levine Cava said.

With no survivors rescued from the ruins since the first few hours after the collapse, officials last week declared that their search effort had switched from rescue to recovery.

Surfside Mayor Charles Burkett said security is being tightened at the site due to the importance of the location to families who lost loved ones.

A debate has already begun in the community over what to do with the site, with some people eager for it to be turned into a memorial for the victims.

“It’s much more than a collapsed building. It is a holy site,” Burkett said.

After a month or rising tensions and violence, Palestinian rioters set fire to Joseph’s Tomb, a Jewish holy site in the West Bank city of Nablus that is believed to contain the remains of the Biblical patriarch.

The arson came hours after Israeli Prime Minister Benjamin Netanyahu called for Palestinian leaders to stop the attacks that have been plaguing the nation for weeks. Rioters attacked Joseph’s tomb with petrol bombs.

“The burning and desecration of Joseph’s Tomb last night is a blatant violation and contradiction of the basic value of freedom of worship. The IDF will take all measures to bring the perpetrators of this despicable act to justice, restore the site to its previous condition and ensure that the freedom of worship returns to Joseph’s Tomb,” IDF Spokesman Lt. Col. Peter Lerner said in a statement Friday morning.

Palestinian Authority security forces arrived on the scene, dispersing the crowd and dousing the fire. Once the confrontation was over, Israel Defense Forces were deployed to the area according to Channel 2 television. There were no reports of any injuries.

Palestinian leader Mahmoud Abbas and Israeli leaders quickly condemned the attacks. Israeli leaders compared it to the actions of ISIS who have destroyed various holy sites throughout the Middle East. Abbas stated that the holy site would be repaired and called for an investigation.

In a separate incident on Friday, a Palestinian man disguised himself as a journalist and attacked an Israeli soldier. The soldier suffered minor wounds; the attacker was shot on site.