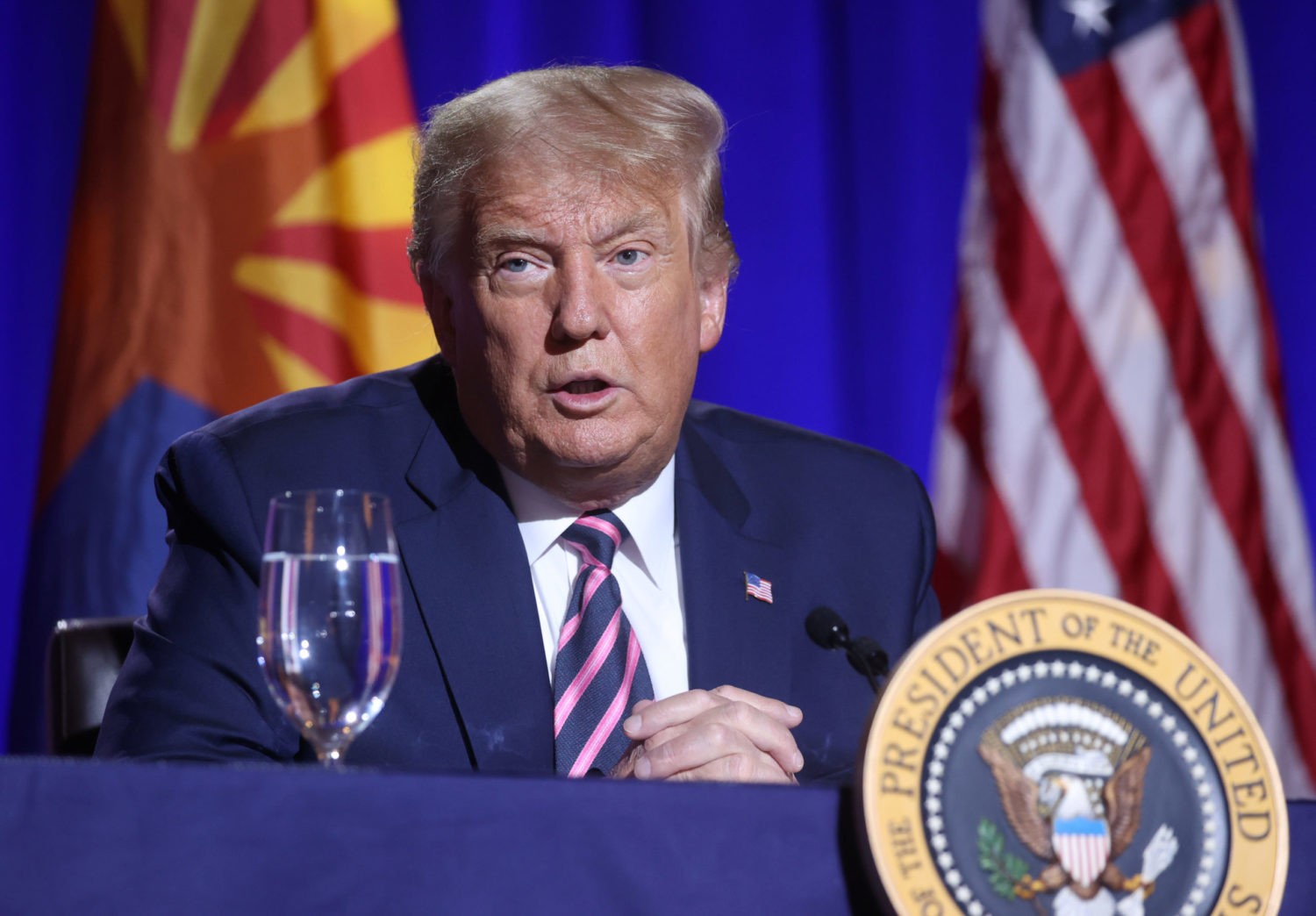 WASHINGTON (Reuters) – President Trump urged his fellow Republicans Wednesday to go for “much higher numbers” in a coronavirus aid bill, as a stalemate continued in Washington over whether to approve more economic relief from the crisis ahead of Nov. 3 elections.

The standoff dates to mid-May, when the Democratic-majority House of Representatives approved $3.4 trillion in new aid, including unemployment benefits, money for schools, the U.S. Postal Service, and testing.

The Senate’s Republican leaders countered with a $1 trillion plan, but some of their own members balked at that. Last week they put a $300 billion bill up for a vote that Democrats blocked as insufficient.

“Go for the much higher numbers, Republicans, it all comes back to the USA anyway (one way or another!)” Trump wrote on Twitter Wednesday.

Congress and the White House approved more than $3 trillion worth of coronavirus relief measures earlier this year.

Thune, speaking after Trump’s tweet, said proposals had to stay in a “realistic” range. Noting the original $1 trillion Senate Republican plan, he said: “As you go upwards from there you start … losing Republican support pretty quickly.”

A $1.5 trillion compromise floated Tuesday by the House Problem Solvers Caucus, a bipartisan group of dozens of centrist lawmakers, was attacked by members of both parties, including leading House Democrats. White House Chief of Staff Mark Meadows, however, said it deserved consideration.

Thune said there was some Republican interest in the $1.5 trillion package, but that the $500 trillion it included in aid for state and local governments would be hard for Republican senators to swallow. Meadows told reporters Wednesday that the state and local issue was probably the biggest obstacle to a deal.

Another Republican senator said Wednesday he thought a deal of around $1.5 trillion or $1.7 trillion was possible.

House Speaker Nancy Pelosi has offered to drop her aid demand to about $2.2 trillion. She faces growing pressure from moderate Democrats to take another vote on COVID-19 relief, but told MSNBC Wednesday that the way forward depends on the willingness of the White House to accept a bill large enough to address the severity of the coronavirus pandemic.

“What we want is to put something on the floor that will become law. And so that requires a negotiation,” she said. “We think they (the White House) should come to the table.”