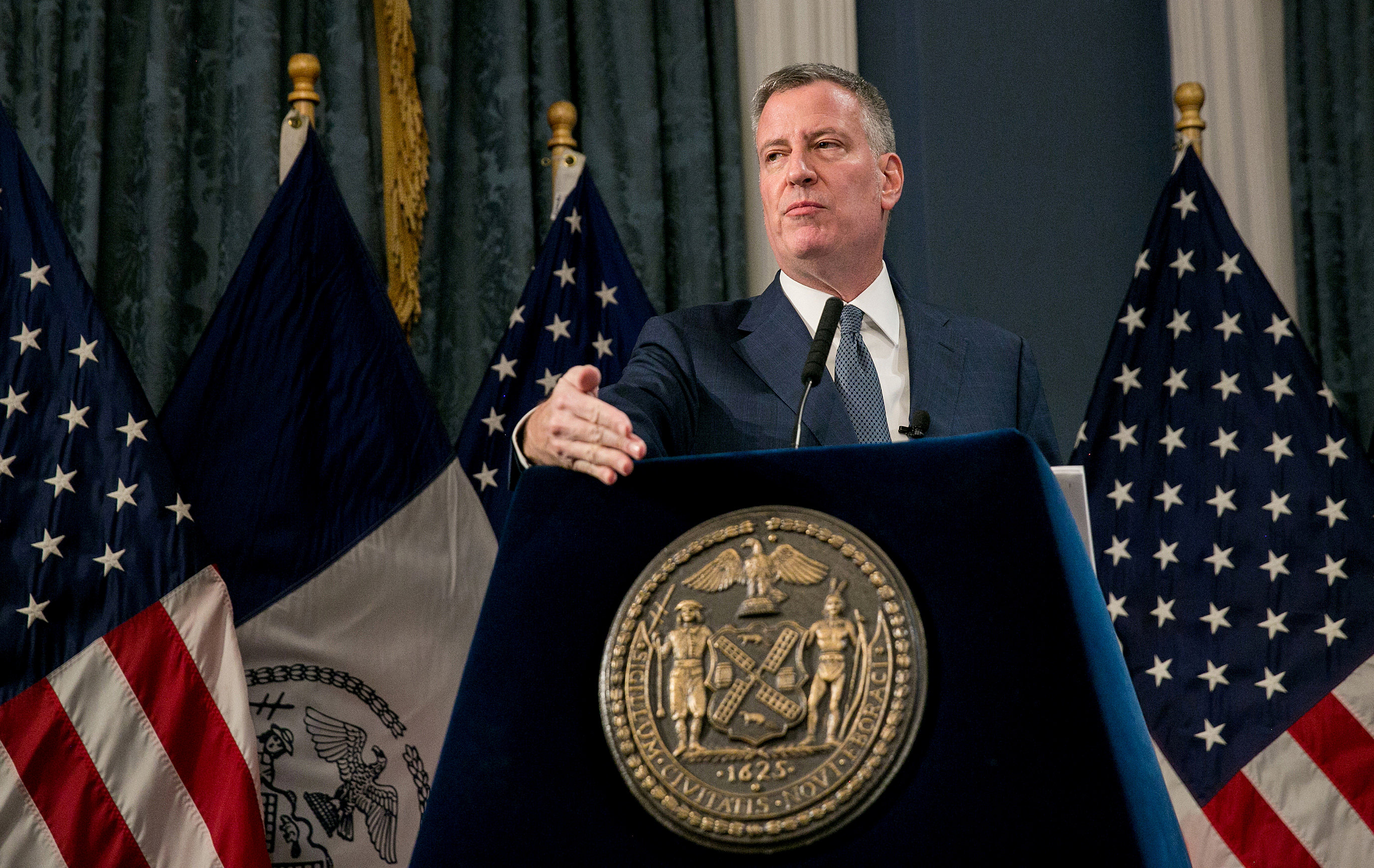 De Blasio used his state of the city address to speak broadly about New Yorkers’ struggles to pay rent and make ends meet and discussed recent proposals, rather than lay out many new proposals.

De Blasio, a Democrat who took office in January 2014, is up for reelection in November.

Held at the historic Apollo Theater in Harlem, home to numerous American musical legends including Billie Holiday, the program featured at least 45 minutes of introductory remarks that were a mostly a love story to the city’s diversity.

“So many people in this city are afraid they cannot stay in the city that they love,” because of high costs, de Blasio said.

De Blasio cited a long list of what he considers some of his biggest accomplishments, including the implementation of neighborhood policing and the highest ever four-year high-school graduation rate of 72.6 percent in 2016.

He said residents would hear in coming weeks more details of forthcoming proposals about homelessness, opioid addiction and the creation of more higher paying jobs, which he called the “next frontline.”

Last week, de Blasio released information about other proposals that he touched on in his speech, including ways to help seniors and low-income people afford housing by adding new units and providing more rental assistance.

He said previously that he would seek to add 10,000 apartments for households earning less than $40,000 a year, half of which would be reserved for seniors, while another 500 would be for veterans.

De Blasio referenced another element of the plan announced last week to help more than 25,000 older residents with rent of up to $1,300 a month through the city’s “mansion tax,” which he has proposed before.

“You will hear people say it cannot be done,” de Blasio said of the tax. “They will say you cannot get it through Albany,” using the state capital to refer to the state government, whose approval would be required for the tax.

The mansion tax would bring in $336 million on the sale of homes over $2 million, he said.

“We’re not going to give tax breaks to people doing well,” de Blasio said. “We’re going to ask them to do more.”