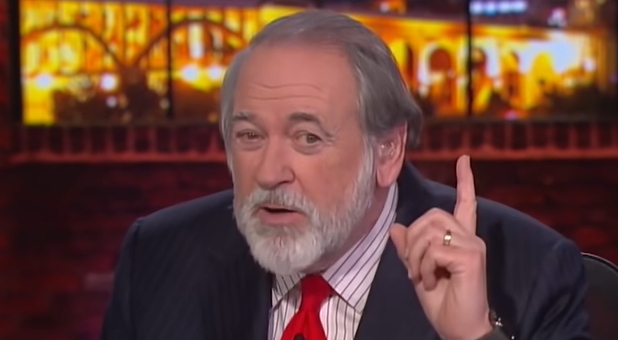 Deuteronomy 39:15-18 15 See, I set before you today life and prosperity, death and destruction. 16 For I command you today to love the Lord your God, to walk in obedience to him, and to keep his commands, decrees and laws; then you will live and increase, and the Lord your God will bless you in the land you are entering to possess. 17 But if your heart turns away and you are not obedient, and if you are drawn away to bow down to other gods and worship them, 18 I declare to you this day that you will certainly be destroyed. 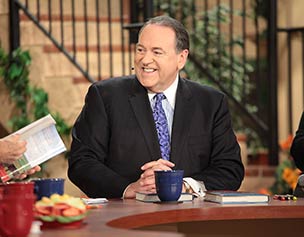 Mike Huckabee made it official Tuesday.

Huckabee made his announcement in front of a crowd in Hope, Arkansas, where he was raised.  He said that he wanted to take America “from hope to higher ground.”

Huckabee was unashamed of his Christian upbringing and love for the Lord in his announcement.

“We prayed at the start of each day [in school], and we prayed again before lunch,” Huckabee recalled. “And I learned that this exceptional country could only be explained by the providence of almighty God.”

Huckabee said that Americans have generally lost their way morally and that government leaders have made judges their God rather than the Lord.

“We’ve lost our way morally,” he said. “We’ve witnessed the slaughter of over 55 million babies in the name of choice, and we are now threatening our religious liberty by criminalizing Christianity and demanding that we abandon biblical principals of natural marriage.”

“Many of our politicians have surrendered to the false god of judicial supremacy, which would allow black-robed and unelected judges the power to make law as well as enforce it,” Huckabee continued, “upending the equality of our three branches of government as well as the separation of powers so central to the Constitution.”

“My friends, the Supreme Court is not the Supreme Being and they cannot overturn the laws of nature or of nature’s God,” Huckabee proclaimed, receiving applause.