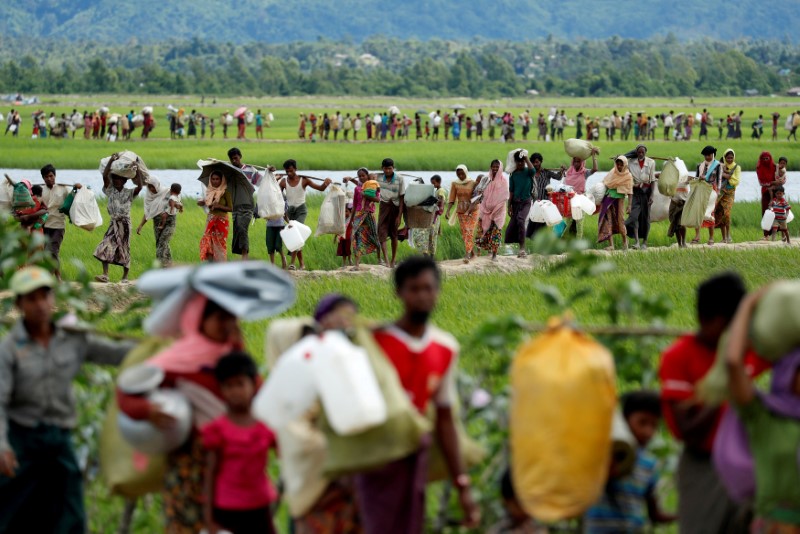 WASHINGTON (Reuters) – The United States on Friday imposed sanctions on four Myanmar military and police commanders and two army units for involvement in what it called “ethnic cleansing” and other human rights abuses against the country’s Rohingya Muslims, the Treasury Department said.

The sanctions marked the toughest U.S. action so far in response to Myanmar’s crackdown on the Rohingya minority which started last year and has driven more than 700,000 people into neighboring Bangladesh and left thousands of dead behind.

But the Trump administration did not target the highest levels of the Myanmar military and also stopped short of calling the anti-Rohingya campaign crimes against humanity or genocide, which has been the subject of debate within the U.S. government.

“Treasury is sanctioning units and leaders overseeing this horrific behavior as part of a broader U.S. government strategy to hold accountable those responsible for such wide-scale human suffering,” Mandelker said.

A Reuters special report in June gave a comprehensive account of the roles played by the two infantry divisions in the offensive against the Rohingya.

Myanmar’s military has denied accusations of ethnic cleansing and says its actions were part of a fight against terrorism.