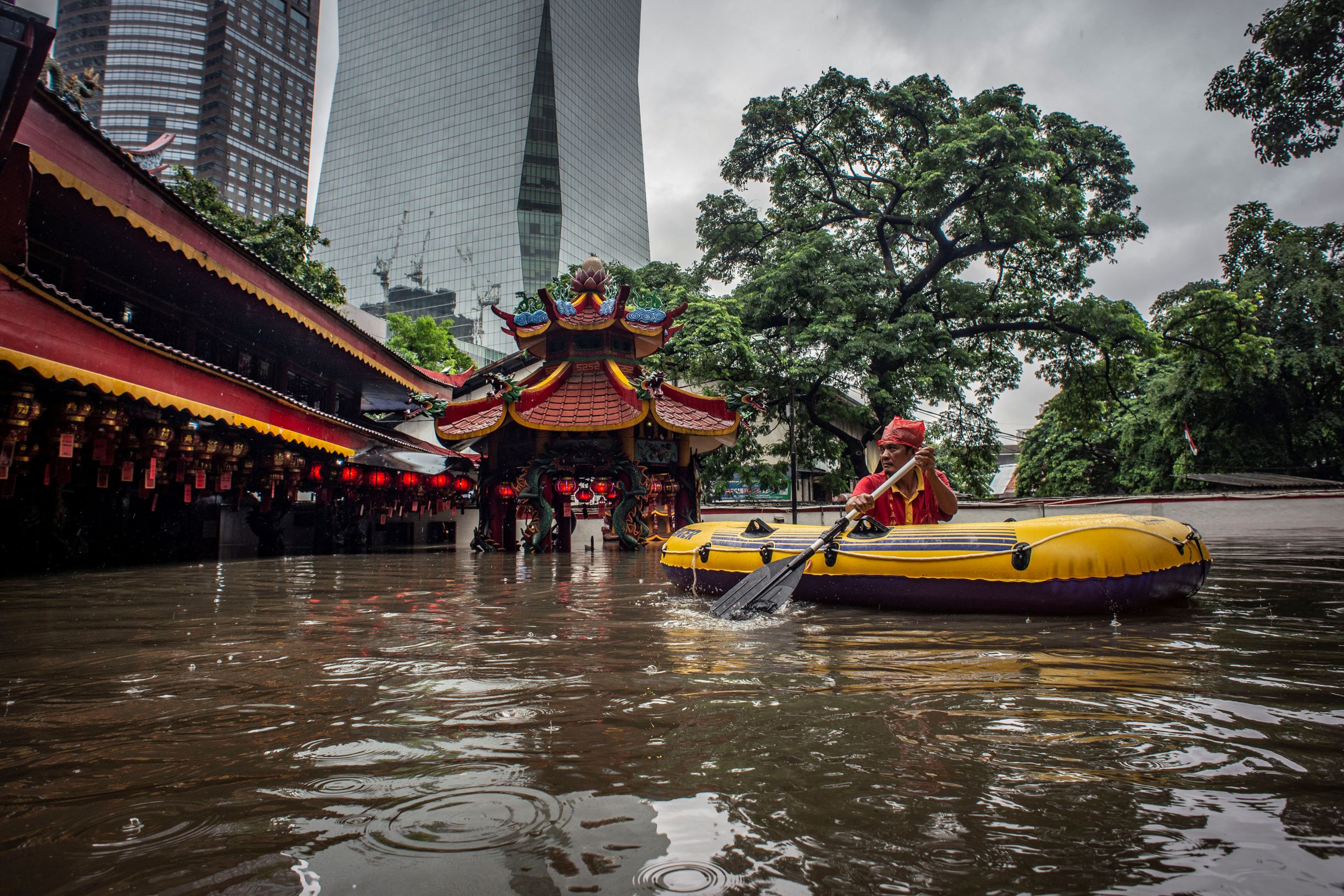 JAKARTA (Reuters) – Flash floods inundated swathes of Indonesia’s capital and nearby towns on the first day of the New Year after torrential rainfall overnight, killing at least nine people and forcing thousands of people to evacuate, authorities said on Wednesday.

“As of 4 pm today, there are 19,079 displaced residents who have been evacuated at temporary shelters throughout Jakarta,” city governor Anies Baswedan told a news conference.

“The rain in Jakarta has stopped, now we are waiting for the water to recede”.

Indonesia’s disaster mitigation agency (BNPB) said at least 9 people had died in flash floods and landslides triggered by the rain in Jakarta and nearby towns.

Most of the deaths were due to hypothermia, though one was a teenager who was electrocuted by a power line, disaster mitigation agency spokesman Agus Wibobo said.

Water levels in East and South Jakarta as well as in the satellite cities of Tangerang and Bekasi in West Java province started to quickly rise from 3 a.m. local time (2000 GMT), according to the disaster mitigation agency.

Indonesia’s state electricity utility said it had switched off the electricity in hundreds of districts in Jakarta, which is home to 30 million people.

The floods also caused the temporary closure of the runway at Jakarta’s domestic Halim airport, with flights redirected to the capital’ bigger Soekarno airport.

City authorities have in the last few years sought to improve low-lying Jakarta’s vulnerability to flooding during the rainy season.

More than 50 people died in one of the capital’s deadliest floods in 2007 and five years ago much of the center of the city was inundated after canals overflowed.

Jakarta resident Daniel, whose neighborhood had been waterlogged, told reporters of his disappointment with the city government’s efforts to mitigate the floods, which happen yearly during the rainy season.

“I only have one hope, which is to ask the current governor to fix this because it impact all the people,” he pleaded.

“Take the right action please, look at what is happening now, bring the situation back to normal.” 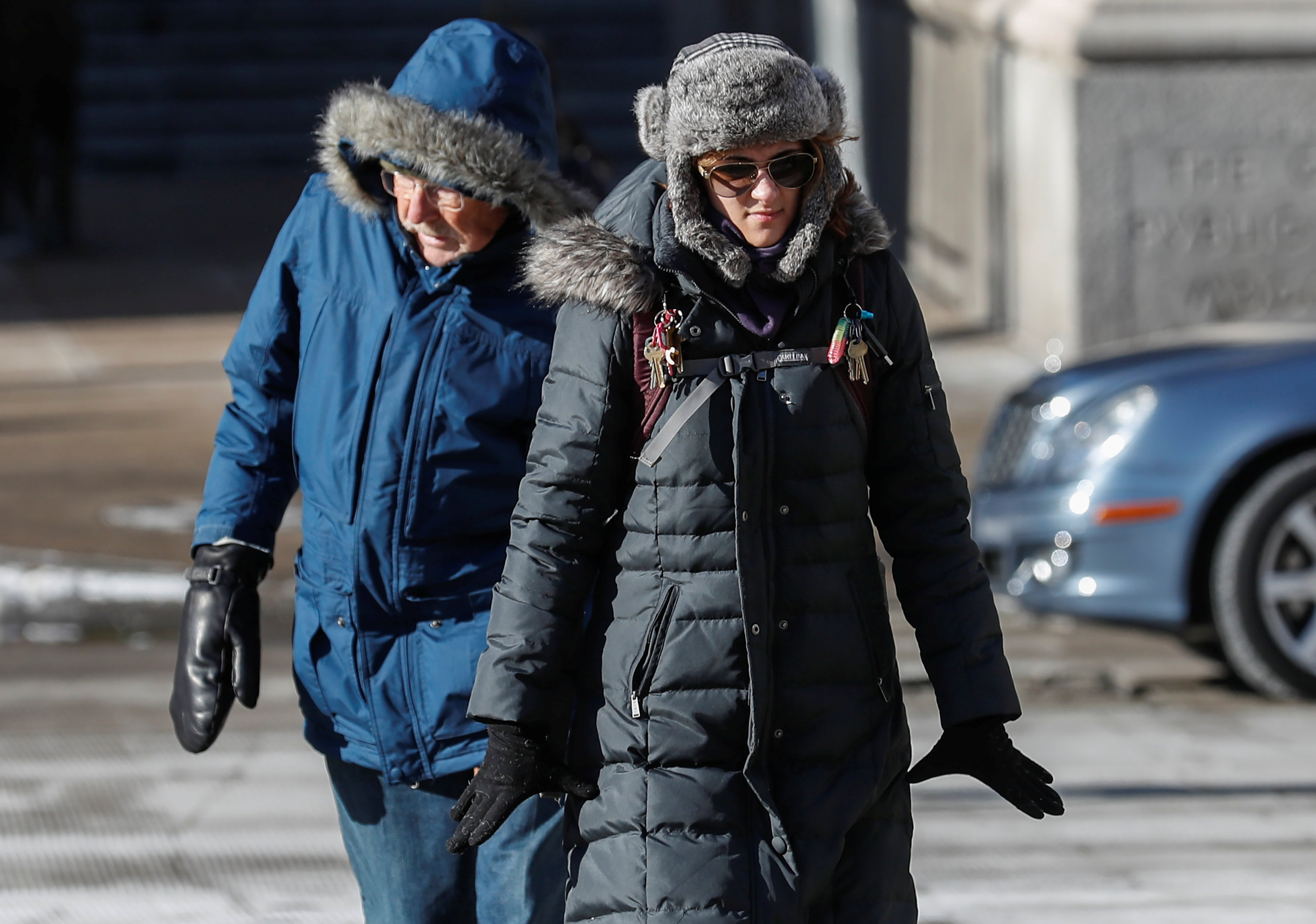 CHICAGO (Reuters) – Residents of the U.S. East Coast on Thursday felt a blast of arctic air that earlier swept across the Midwest, with a large swath of the country now under a wind-chill advisory and Boston facing possible record-low temperatures on Friday.

The arctic air began blowing south from Canada into the Midwest earlier this week, prompting authorities to warn of the risk of frostbite and hypothermia.

The frigid air spread to the East Coast on Thursday, with the National Weather Service forecasting temperatures in New York City around 25 degrees Fahrenheit (minus-4 degrees Celsius) and similar cold in other cities including Philadelphia, Washington and Boston.

“The coldest of the arctic air is just now arriving onto the East Coast,” meteorologist Patrick Burke of the Weather Prediction Center said in a telephone interview.

Temperatures might drop enough in Boston that on Friday it could approach a record low, Burke said. Other areas along the East Coast as far south as Norfolk, Virginia, will also be unusually cold.

Residents in Chicago faced temperatures in the single digits and a wind chill of minus-16 degrees Fahrenheit (minus-27 degrees Celsius) on Thursday morning, according to the National Weather Service.

Around 150 schools in the Chicago area were closed or scheduled to open late, due to the cold. Chicago Public Schools were in session and opened on time, according to a statement.

A woman whose body was found outside in St. Paul, Minnesota, on Monday has been determined to have died of hypothermia, according the Star Tribune newspaper, which cited the medical examiners’ office.

Connecticut Governor Dannel Malloy said in a statement he would activate the state’s severe cold weather protocol beginning on Thursday evening, directing state officials to work with shelters to bring in homeless people.

Cold temperatures in the Midwest were expected to persist on Thursday, with certain areas from North Dakota to western Pennsylvania under wind chill advisories, Burke said.

The heaviest snowfall in the nation on Thursday will be around the Great Lakes in Michigan where up to 10 inches (25 cm) of snow was expected, and in parts of the U.S. West where a storm is pushing inland from the Pacific Coast, Burke said.

The Sierra Nevada mountain range in California and the mountains around Yellowstone National Park in Wyoming could receive more than two feet (61 cm) of snow, Burke said.

(Reporting by Alex Dobuzinskis in Los Angeles and Timothy Mclaughlin in Chicago; Editing by Will Dunham)