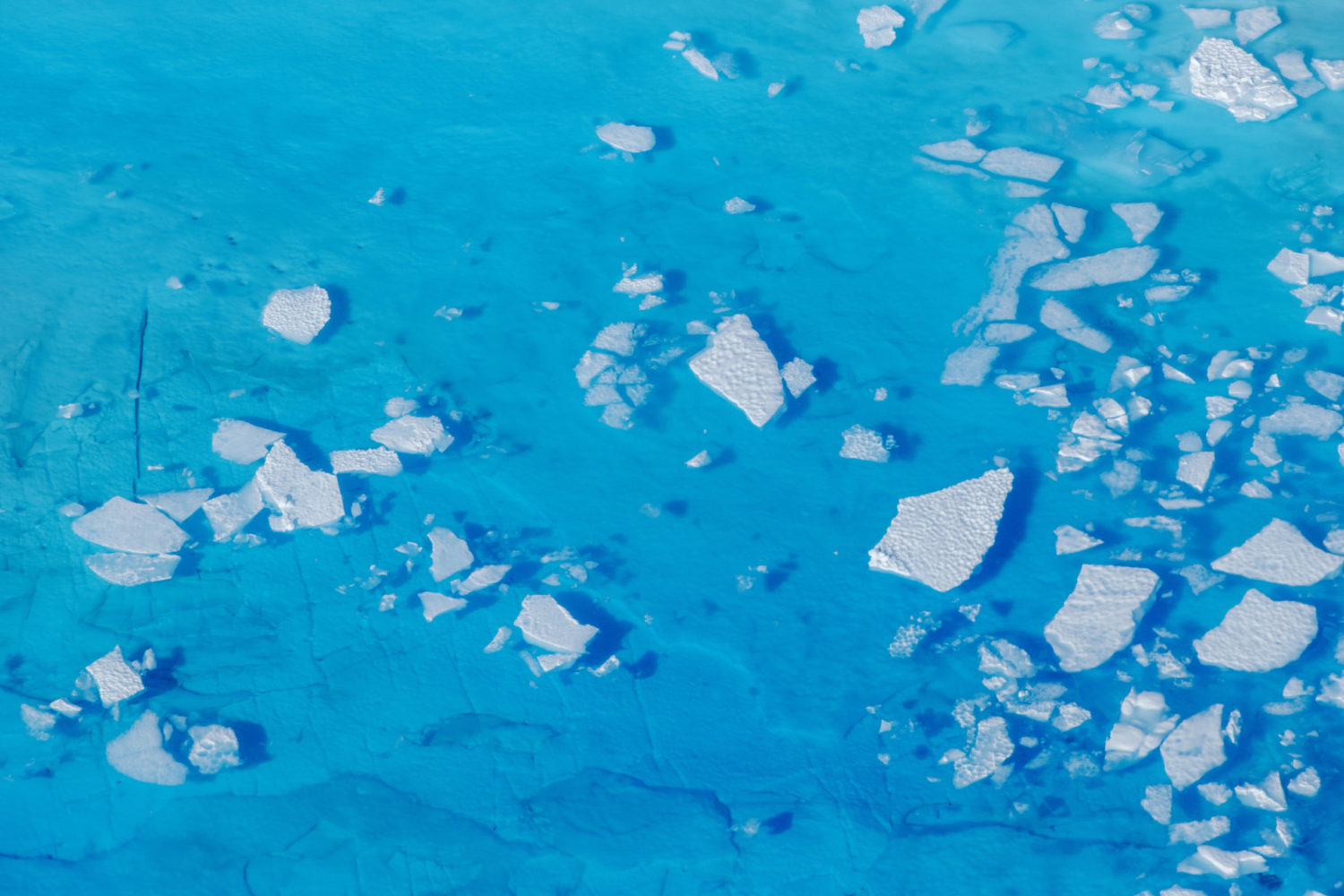 By Natalie Thomas and Cassandra Garrison

ARCTIC OCEAN (Reuters) – At the edge of the ice blanketing part of the Arctic Ocean, the ice on Monday looked sickly. Where thick sheets of ice once sat atop the water, now a layer of soft, spongy slush slid and bobbed atop the waves.

From the deck of a research ship under a bright, clear sky, “ice pilot” Paul Ruzycki mused over how quickly the region was changing since he began helping ships spot and navigate between icebergs in 1996.

“Not so long ago, I heard that we had 100 years before the Arctic would be ice free in the summer,” he said. “Then I heard 75 years, 25 years, and just recently I heard 15 years. It’s accelerating.”

As if on cue, scientists on Monday said the vast and ancient ice sheet sitting atop Greenland had sloughed off a 113 square kilometer chunk of ice last month. The section of the Spalte Glacier at the northwest corner of the Arctic island had been cracking for several years before finally breaking free on Aug. 27, clearing the way inland ice loss to the sea, the Geological Survey of Denmark and Greenland reported.

With climate change driving up Arctic temperatures, the once-solid sea ice cover has been shrinking to stark, new lows in recent years. This year’s minimum, still a few days from being declared, is expected to be the second-lowest expanse in four decades of record-keeping. The record low of 3.41 million square kilometers – reached in September 2012 after a late-season cyclonic storm broke up the remaining ice – is not much below what we see today.

“We haven’t gone back at all to anything from 30 to 40 years ago,” said climatologist Julienne Stroeve at the National Snow and Ice Data Center in Boulder, Colorado. And as climate change continues, scientists say the sea ice is unlikely to recover to past levels.

In fact, the long-frozen region is already shifting to an entirely new climate regime, marked by the escalating trends in ice melt, temperature rise and rainfall days, according to new research published Monday in the journal Nature Climate Change.

All three variables – sea ice, temperatures and rainfall – are now being measured well beyond the range of past observations. That makes the future of the Arctic more of a mystery.

“The new climate can’t be predicted by the previous climate,” Landrum explained. “The year-to-year variability, the change in many of these parameters, is moving outside the bounds of past fluctuations.”

Sea ice coverage minimums, in particular, are now about 31% lower than in the decade after 1979, when satellite observations began. The ice has also lost about two-thirds of its bulk, as much of the thicker ice layer built up over years has long since melted away. The current ice regime actually began about two decades ago, the study found.

This vanishing of sea ice also contributes to the region’s warming, as the icy white expanse is replaced by patches of dark water that absorb solar radiation rather than reflecting it back out of the atmosphere. The process, referred to as Arctic amplification, helps to explain why the Arctic has warmed more than twice as fast as the rest of the world over the last four decades.

The polar north will also likely see more days of rain rather than snow, which would further eat into the ice. For the new research, Landrum and her colleague Marika Holland at the National Center for Atmospheric Research analyzed sea ice, air temperature and precipitation data since 1950 to project climate scenarios up to the end of the century. They used computer simulations in the analysis and assumed the world’s release of greenhouse gas emissions would continue at a high trajectory.

Back in the Arctic Ocean aboard the Greenpeace Ship Arctic Sunrise research ship, biologist Kirsten Thompson of the University of Exeter said the new study was important in underlining “how fast and how profoundly the Arctic is changing.”

For Thompson, that means big change for the region’s wildlife, from polar bears and insects to the whales she focuses on studying. “All their distributions are changing,” Thompson said. “We might find in the Arctic there will be winners and losers,” as new species enter the region and out compete indigenous animals.

“Other species certainly will not be able to survive in the future.”

(Reporting by Natalie Thomas in the Arctic Ocean and Cassandra Garrison in Buenos Aires; Editing by Katy Daigle and Lisa Shumaker) 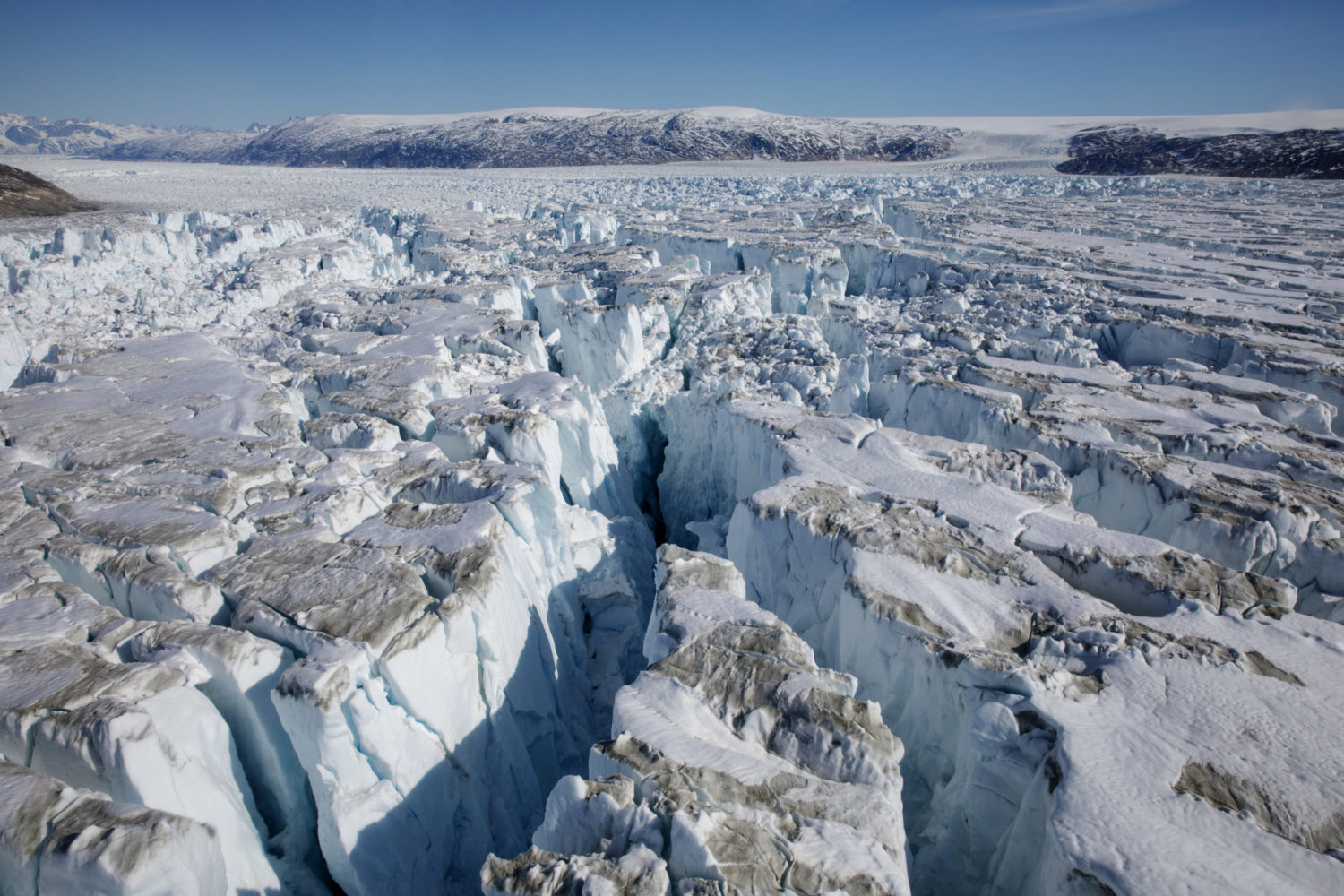 (Reuters) – Greenland’s ice sheet lost a record amount of mass last year, according to a study published on Thursday, a finding that could prompt scientists to redefine their worst-case scenario as they assess the effects of climate change.

The rate of ice loss had slowed for a two-year period amid cooler summers and higher snowfall in western Greenland through 2018. But last year, as warm air flowed northward from lower latitudes, the frozen island experienced a record loss in its ice mass, geoscientist and glaciologist Ingo Sasgen of the Alfred Wegener Institute in Germany said.

Greenland’s ice melt is of particular concern, as the ancient ice sheet holds enough water to raise sea levels by at least 20 feet (6 meters) if it were to melt away entirely.

The study adds to evidence that Greenland’s icy bulk is melting more quickly than anticipated amid climate warming. Another study last week indicated the island was no longer getting enough annual snowfall to replace ice lost to melting and calving at the glaciers’ edges.

“We are likely on the path of accelerated sea level rise,” Sasgen told Reuters. “More melting of the ice sheet is not compensated by periods when we have extreme snowfall.”

The study, published in the journal Communications Earth & Environment, used data collected by satellites to the gravitational force of the ice mass, which scientists can use to calculate how much snow and ice is locked within.

Other research has shown the melting is being helped by water pooling atop the ice and at meltwater streaming between the ice sheet and the bedrock beneath.

These studies are helping scientists refine their projections of how climate change will impact the Arctic, and how quickly. Sasgen compared the sobering process to getting difficult news from a doctor.

But the studies offer insight into “where the problem is, and you also know to some extent what the treatment is,” Sasgen added.

“It is hard to tell if these (weather) patterns will be the new normal, and which pattern will occur with which frequency,” Sasgen said.

The Arctic already has been warming at least twice as quickly as the rest of the world for the past 30 years, as the amount of greenhouse gases accumulated in the atmosphere continues to rise. That warming has also affected the Arctic sea ice, which shrank to its lowest extent this July in 40 years of record keeping.

In terms of Greenland’s fate, “I would argue that we’ve been in a new normal for the past couple decades of accelerating mass loss,” said Laura Andrews, a glaciologist at the NASA Goddard Space Flight Center not involved in the new study. “Greenland is going to continue to lose mass.”

If the rate of ice loss experienced in 2019 were to continue, the annual impact on sea levels could cause increasing coastal flooding that affects up to 30 million more people each year by the end of the century, said Andrew Shepherd, a polar scientist at University of Leeds who specializes in ice sheet observation. Shepherd was not involved in the new research.

The new findings underline that “we need to prepare for an extra 10 centimeters (4 inches) of global sea level rise by 2100 from Greenland alone,” Shepherd said. “We have to invent a new worst-case climate warming scenario, because Greenland is already tracking the current one.”

(Reporting by Cassandra Garrison; Editing by Katy Daigle and Will Dunham)