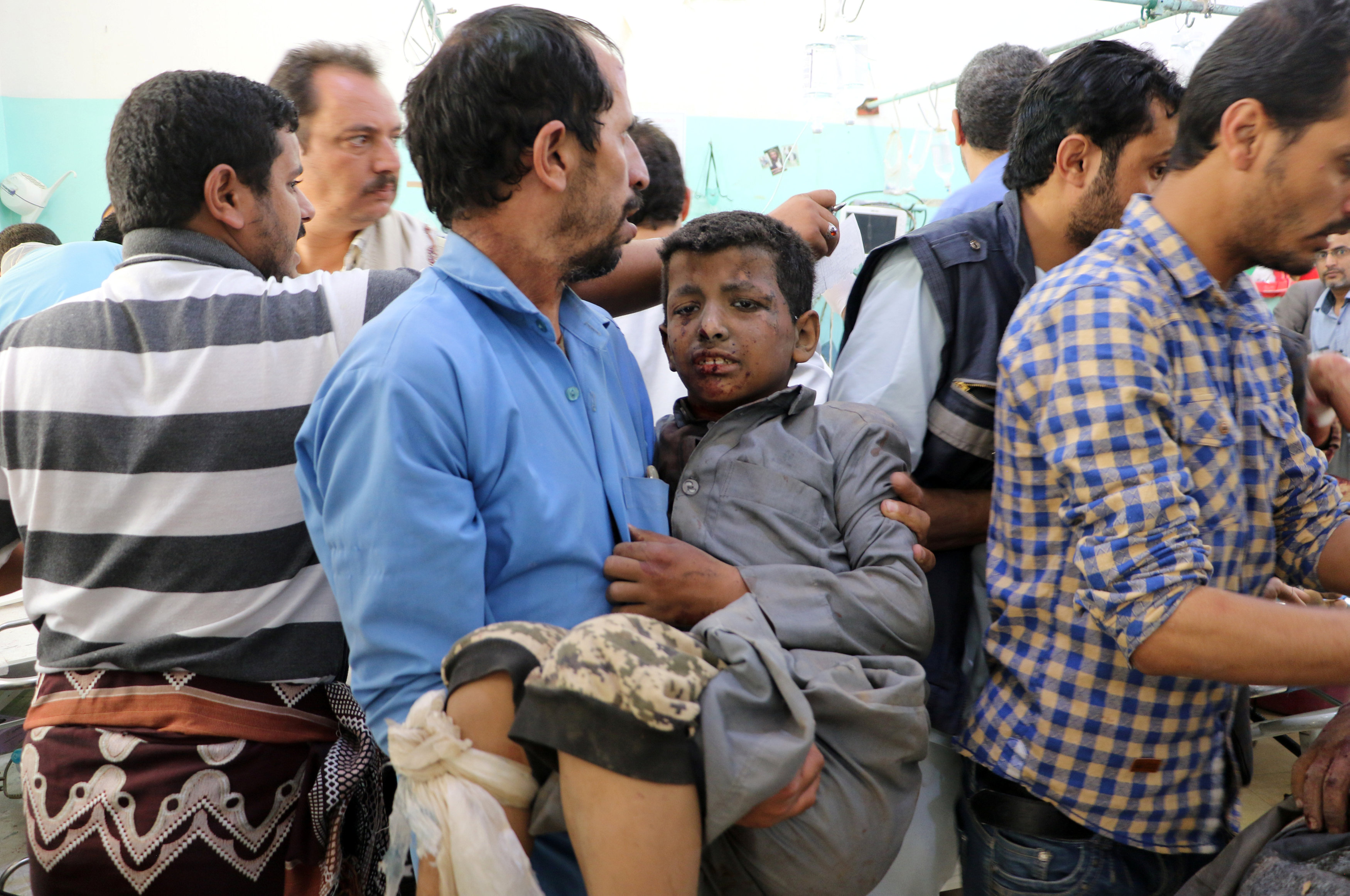 The Western-backed alliance fighting the Iranian-aligned Houthi group in Yemen said in a statement that the air strikes targeted missile launchers used to attack the southern Saudi city of Jizan on Wednesday, killing a Yemeni civilian there.

It accused the Houthis of using children as human shields.

Houthi spokesman Mohammed Abdul-Salam said the coalition showed “clear disregard for civilian life” as the attack had targeted a crowded public place in the city. 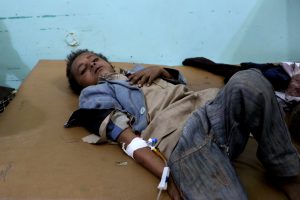 A Yemeni boy lies in the hospital after he was injured by an airstrike in Saada, Yemen August 9, 2018./REUTERS/Naif Rahma

The ICRC said one attack hit the bus driving children in Dahyan market, in northern Saada, adding hospitals there had received dozens of dead and wounded.

A Reuters photographer saw bloodied and bandaged children being treated by doctors.

Footage from the Houthi media office showed a boy wearing a blue backpack with a UNICEF logo being carried into a hospital emergency room with blood pouring down his face and over his traditional Yemeni thawb, an ankle-length garment.

Abdul-Ghani Sareeh, head of a health department in Saada, told Reuters that the death toll was to 43, with 61 wounded.

“Scores killed, even more injured, most under the age of 10,” Johannes Bruwer, head of the delegation for the ICRC in Yemen, said in a Twitter post.

It was unclear how many children were killed and how many air strikes were carried out in the area, in northern Yemen, near the border with Saudi Arabia. 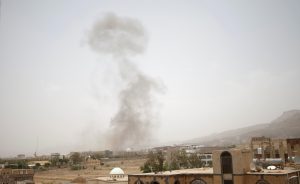 Saudi Arabia and Sunni Muslim allies intervened in Yemen’s war in 2015 against the Houthis, who control the most populous areas of Yemen, including the capital Sanaa, and drove the internationally recognized government into exile in 2014.

The United States and other Western powers provide arms and intelligence to the alliance, and human rights groups have criticized them over coalition air strikes that have killed hundreds of civilians at hospitals, schools, and markets.

The alliance says it does not intentionally target civilians and has set up a committee to probe alleged mass casualty air strikes, which has mostly cleared the coalition of any blame.

“Today’s attack in Saada was a legitimate military operation … and was carried out in accordance with international humanitarian law,” the coalition said in the Arabic-language statement carried by SPA.

The Houthis have launched a series of missile strikes on the kingdom, including Riyadh, over the past year.

Saada, the main stronghold of the Houthis, has mainly come under air strikes from the coalition as the mountainous province makes battles hard for pro-government ground troops.

The Yemen war has killed more than 10,000 people, displaced more than 2 million and driven the country to the verge of famine, according to the United Nations. 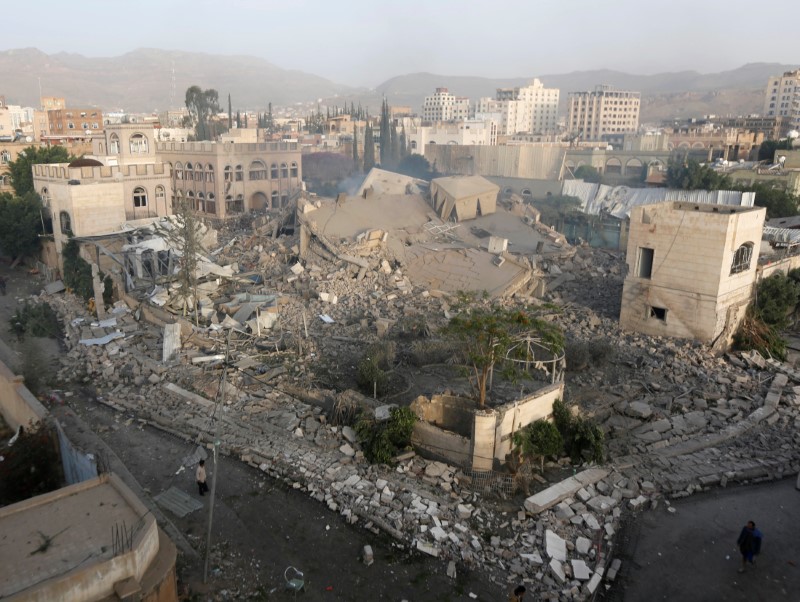 GENEVA (Reuters) – The International Committee of the Red Cross (ICRC) said on Thursday it had pulled 71 international staff out of Yemen because of security incidents and threats, moving them to Djibouti.

The aid agency called on all parties to Yemen’s three-year conflict to provide security guarantees so it can keep running its surgical, water and food assistance programs there. Some 450 ICRC staff remain in Yemen, a spokeswoman said.

An ICRC employee, a Lebanese national, was killed on April 21 by an unknown gunmen who opened fire on his car in the southwestern Yemeni city of Taiz as he was on his way to visit a prison, it said at the time. 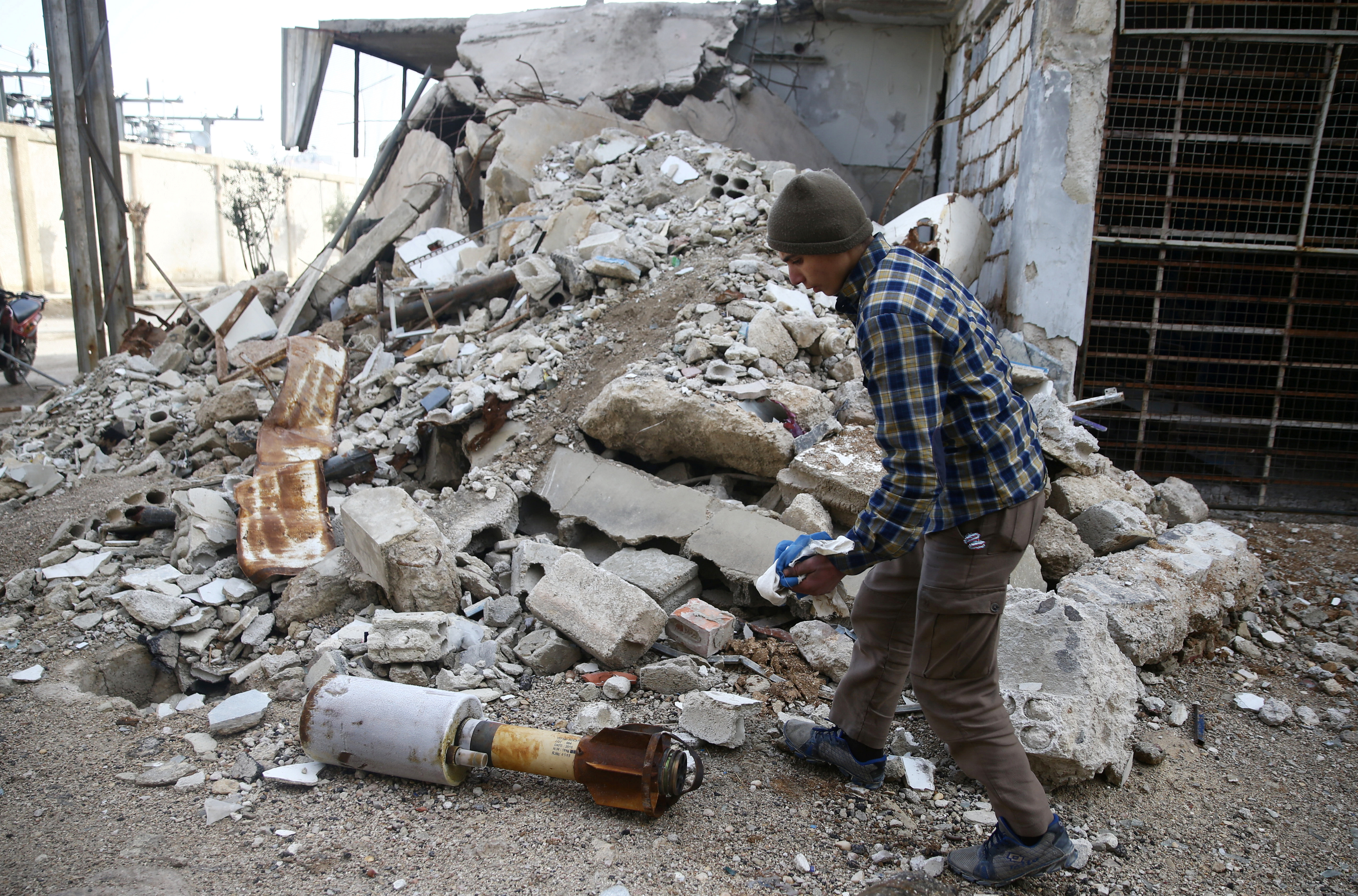 BEIRUT (Reuters) – Warplanes launched heavy attacks on the two last major rebel-held areas in Syria, killing at least 29 people in the Ghouta suburb near the capital and choking people with gas in Idlib in the northwest, rescue workers and a war monitor said on Monday.

President Bashar al-Assad’s government has vowed to retake all of Syria from rebels who have lost large swathes of the territory they have held in a war now entering its eighth year.

A years-long siege on the last major rebel-held area near the capital Damascus, the suburb of eastern Ghouta, has tightened in recent months. In the northwest, the government and its militia allies have been trying to advance in mostly rural Idlib, the last province still largely under rebel control.

International concern has been growing over the fate of eastern Ghouta, where residents say they have been running out of food and medicine.

In the northwest, the other main battlefield in the war between Assad’s government and its main rebel opponents, bombing also intensified on Sunday night after rebels shot down a Russian warplane on Saturday.

The Syrian American Medical Society (SAMS), a charity which supports hospitals in Syria, said its doctors in Idlib reported 11 patients “with symptoms indicative to usage of chlorine”.

Two barrels containing chemical gasses had been dropped from helicopters on Sunday night, Radi Saad, from the chemical weapons team of the White Helmets civil defense group that operates in rebel-held parts of Syria, told Reuters.

The International Committee of the Red Cross (ICRC), the White Helmets and the U.S.-based Union of Medical Care and Relief Organizations (UOSSM) said healthcare facilities in northwestern Syria had been hit by air strikes.

“With the majority of hospitals no longer operating in these areas, these latest attacks will deprive tens of thousands of life-saving care,” the ICRC said on Twitter.

The Syrian government has consistently denied using chlorine or other chemical weapons during Syria’s conflict. Rescue workers and medical groups have accused government forces of using chlorine gas against the rebel-held eastern Ghouta at least three times over the last month, most recently on Thursday.

Syria agreed to give up its chemical weapons arsenal in 2013. In the past two years, a joint inquiry by the United Nations and the Organization for the Prohibition of Chemical Weapons (OPCW) has found the Syrian government used the nerve agent sarin and has also several times used chlorine as a weapon. The inquiry also said the Islamic State group has used sulfur mustard.

The German government called on Monday for a thorough investigation into reports Syria had used chemical weapons in both Idlib and eastern Ghouta.

“If it is confirmed that the Syrian government has once again used chemical weapons, that would be an abhorrent act and an egregious violation of the moral and legal obligation to avoid the use of chemical weapons,” a German foreign ministry official said.

U.S. Defense Secretary Jim Mattis said last week that the Syrian government had repeatedly used chlorine as a weapon, and Washington was also concerned about the potential use of sarin.

The Syrian civil war has killed hundreds of thousands of people and driven more than 11 million from their homes. Neighbors and global powers have been drawn into the multi-sided conflict, sponsoring allied groups on the ground.

Turkish forces are in northwest Syria, entering Idlib under a “de-escalation” agreement reached with Assad’s backers Russia and Iran. They also expanded their operation two weeks ago into the nearby Afrin region to fight against Kurdish militias who hold that territory.

The Turkish army said on Monday its forces had set up a military post southwest of the Syrian city of Aleppo, the deepest position they have established so far inside northwest Syria under their deal with Russia and Iran.

The “de-escalation” in violence they were supposed to monitor has collapsed. In December, the Syrian army alongside Iran-backed militias and heavy Russian air power launched a major offensive to take territory in Idlib province.

The Observatory said the new Turkish observation post was near the village of al-Eis. That would place it less than five km (three miles) from territory held by Syrian government forces and their allies, and deeper inside Syria than the three observation posts set up by the Turkish army so far.

(Reporting by Lisa Barrington and Angus McDowell in Beirut, Daren Butler and Tulay Karadeniz in Turkey, Andrea Shalal in Berlin and Stephanie Nebehay in Geneva; Writing by Peter Graff, Editing by William Maclean) 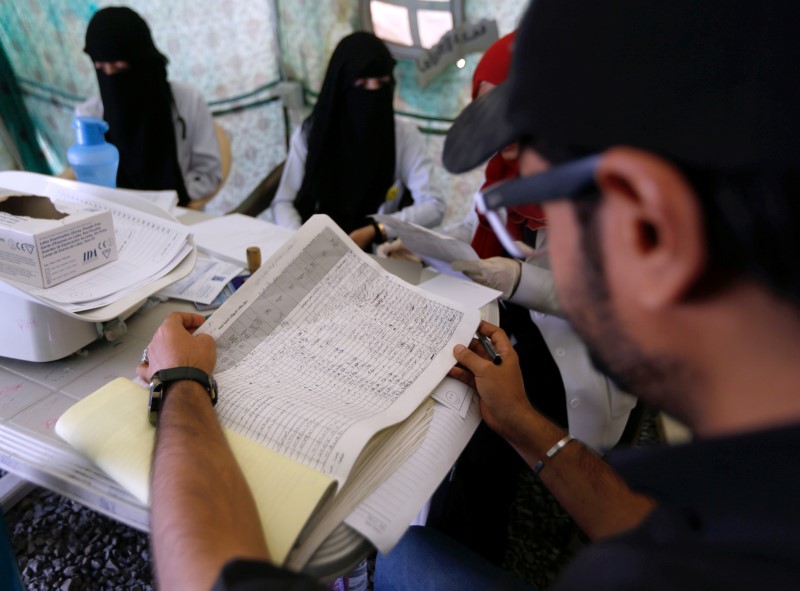