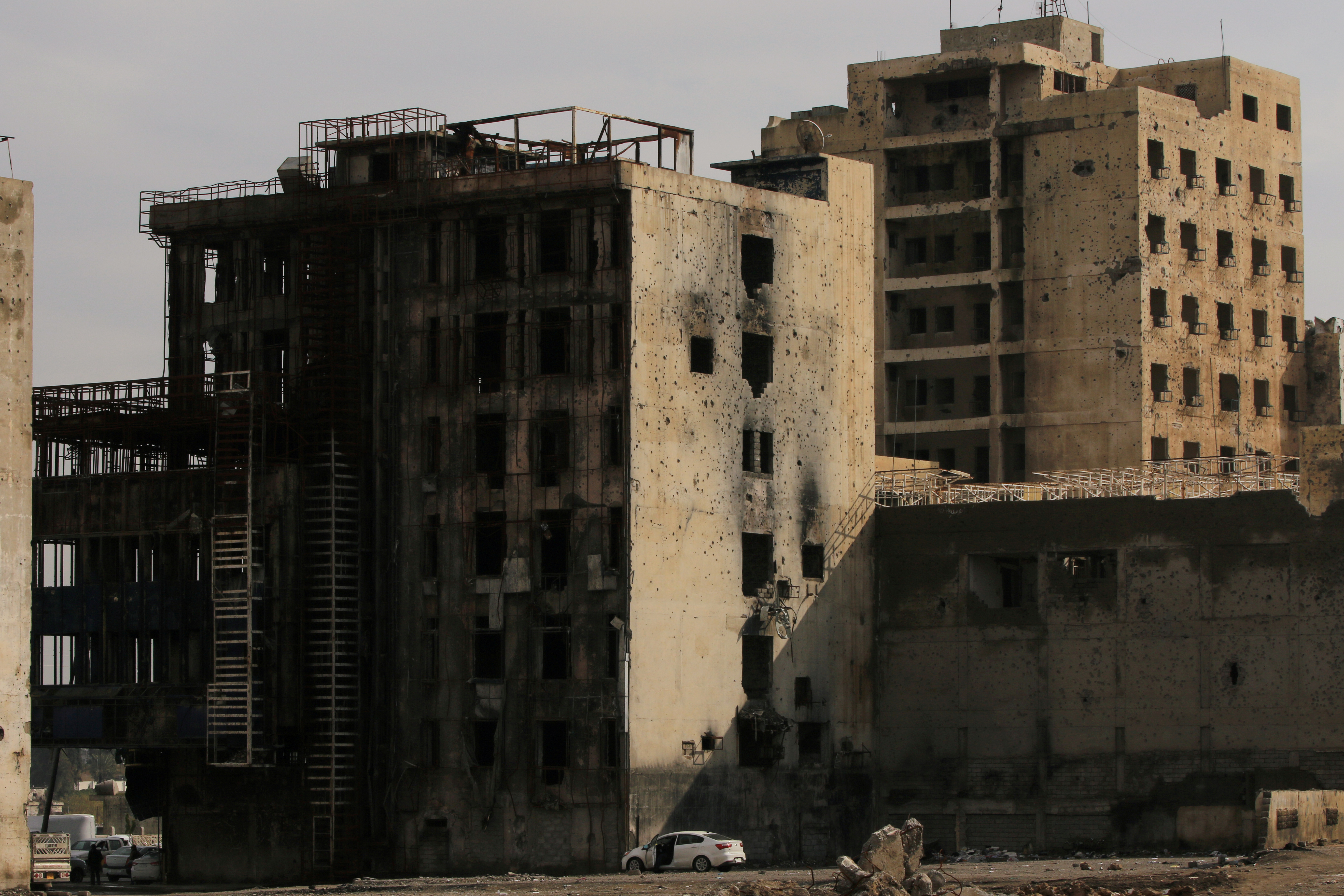 GENEVA (Reuters) – The United Nations cleared almost 17,000 bombs, suicide belts and other explosive hazards in Iraq last year and the dangerous work of sifting through the debris of war – 7.6 million tonnes in Mosul alone – will take many years, U.N. experts said on Thursday.

There are 100,000 damaged buildings in the country that could harbor explosive hazards such as improvised explosive devices (IEDs) left by retreating Islamic State (ISIS) fighters, said Pehr Lodhammar, head of the U.N. Mine Action Service (UNMAS) in Iraq.

The bulk of the clearance work is likely to take a decade, and 2 million displaced people are keen to go home. UNMAS trained almost 500,000 people last year to help them recognize the risks.

That figure included 782 suicide belts, many of them actually fitted on dead ISIS fighters found in the debris, he said.

Islamic State held Mosul for three years, and UNMAS arrived when the fighting ended in 2017. Its experts are finding explosive hazards almost everywhere, Lodhammar said. It is also working in Fallujah, Tikrit and Kirkuk, and expanding to Sinjar.

“You have decomposing body parts that are still attached to suicide belts. You are walking around in a stench and clouds of flies, and at any given time you can have a rat or a cat or dog actually detonating something that is buried under there,” she said.

Lodhammar said the task was not traditional one-dimensional mine clearance.

Buildings up to nine storeys high needed to be searched and made safe, while many of the bombs and shells dropped on Mosul by Iraqi security forces and the U.S.-led coalition had failed to go off, he said.

Generally at least 10 percent of bombs are assumed not to explode, and if not cleared away they may turn up decades later, like the World War Two bombs that are still discovered in Germany, he said.