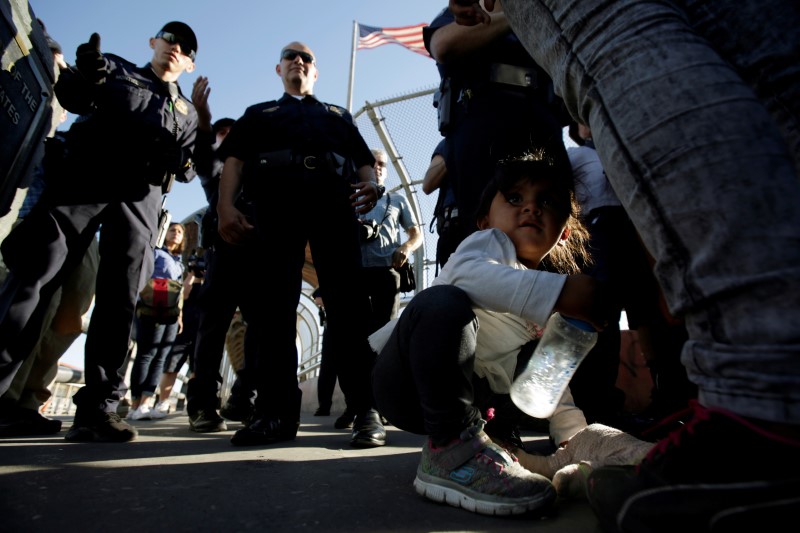 WASHINGTON (Reuters) – Republicans in the U.S. House of Representatives have not yet rounded up the votes needed to pass immigration legislation they plan to take up later on Thursday, a member of the House Republican leadership said.

“Well, we’re working with our members. Obviously we have to get 218 votes and we’re working hard to get there,” Representative Cathy McMorris Rodgers, the head of the House Republican Conference, told Fox News Channel.

“We’re not there yet but we’re working on it,” she said.

The House plans to vote on two bills designed to halt the practice of separating families entering the United States illegally and address a range of other immigration issues.

President Donald Trump on Wednesday stepped back from his administration’s practice of separating immigrant families that illegally cross the border, which had been part of his so-called zero tolerance policy on illegal immigration. He signed an executive order to stop the separations but it was unclear how children already taken from their parents would be reunited.

The policy shift faces legal challenges because of a court order that put a 20-day cap on how long minors can be detained, and the Trump administration has called for legislation to find a permanent fix.

Both House bills, backed by Trump but opposed by Democrats and immigration advocacy groups, would fund the wall Trump has proposed along the U.S. border with Mexico and reduce legal migration, in part by denying visas for some relatives of U.S. residents and citizens living abroad.

The more conservative bill would deny the chance of future citizenship to “Dreamers” – immigrants brought illegally into the United States years ago when they were children.

Even if a bill clears the House, it would face an uncertain future in the Senate, where lawmakers are considering different measures and where Republicans would need at least nine senators from the Democratic caucus to join them to ensure any bill could overcome procedural hurdles.

“What is the purpose of the House doing good immigration bills when you need 9 votes by Democrats in the Senate, and the Dems are only looking to Obstruct,” Trump said in a tweet on Thursday as he renewed his call for a change in Senate rules to allow legislation to move with a simple majority. 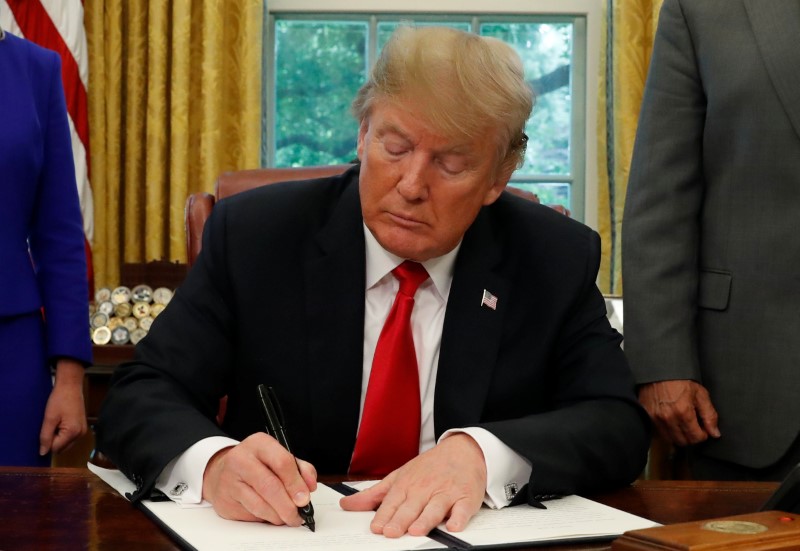 By Roberta Rampton and Steve Holland

WASHINGTON (Reuters) – U.S. President Donald Trump backed down on Wednesday on an immigration policy that sparked outrage at home and abroad, signing an executive order to end the separation of children from their parents when immigrant families are caught crossing the U.S.-Mexico border illegally.

The order requires that immigrant families be detained together when they are caught entering the country illegally, although it was not immediately clear for how long.

It also moves parents with children to the front of the line for immigration proceedings. The order does not end a “zero tolerance” policy that calls for criminal prosecution of immigrants crossing the border illegally.

“It’s about keeping families together while at the same time making sure that we have a very powerful, very strong border,” Trump said as he signed the order in a hastily arranged Oval Office gathering.

Videos of youngsters in cages and an audiotape of wailing children had sparked anger in the United States from groups ranging from clergy to influential business leaders, as well as condemnation from abroad, including Pope Francis.

Trump, a frequent viewer of cable television newscasts, had recognized the family separation issue was a growing political problem, White House sources said. First lady Melania Trump, in private conversations with the president, urged him to do something, a White House official said.

“The first lady has been making her opinion known to the president for some time now, which was that he needed to do all he could to help families stay together,” an official said.

Wednesday’s move marked a rare instance since Trump took office in January 2017 in which he has changed course on a controversial policy, rather than digging in.

Trump has made a tough stance on immigration central to his presidency. In recent days, the Republican president had insisted his hands were tied by law on the issue of family separations and had sought to blame Democrats, although it was his administration that implemented the policy of strict adherence to immigration law.

The Republican-controlled U.S. Congress is also considering legislation to address the issue. The House of Representatives planned to vote on Thursday on two bills designed to halt the practice of separating families and to address other immigration issues.

But Republicans said they were uncertain if either measure would have enough support to be approved. Trump told House Republicans on Tuesday night he would support either of the immigration bills under consideration but did not give a preference.