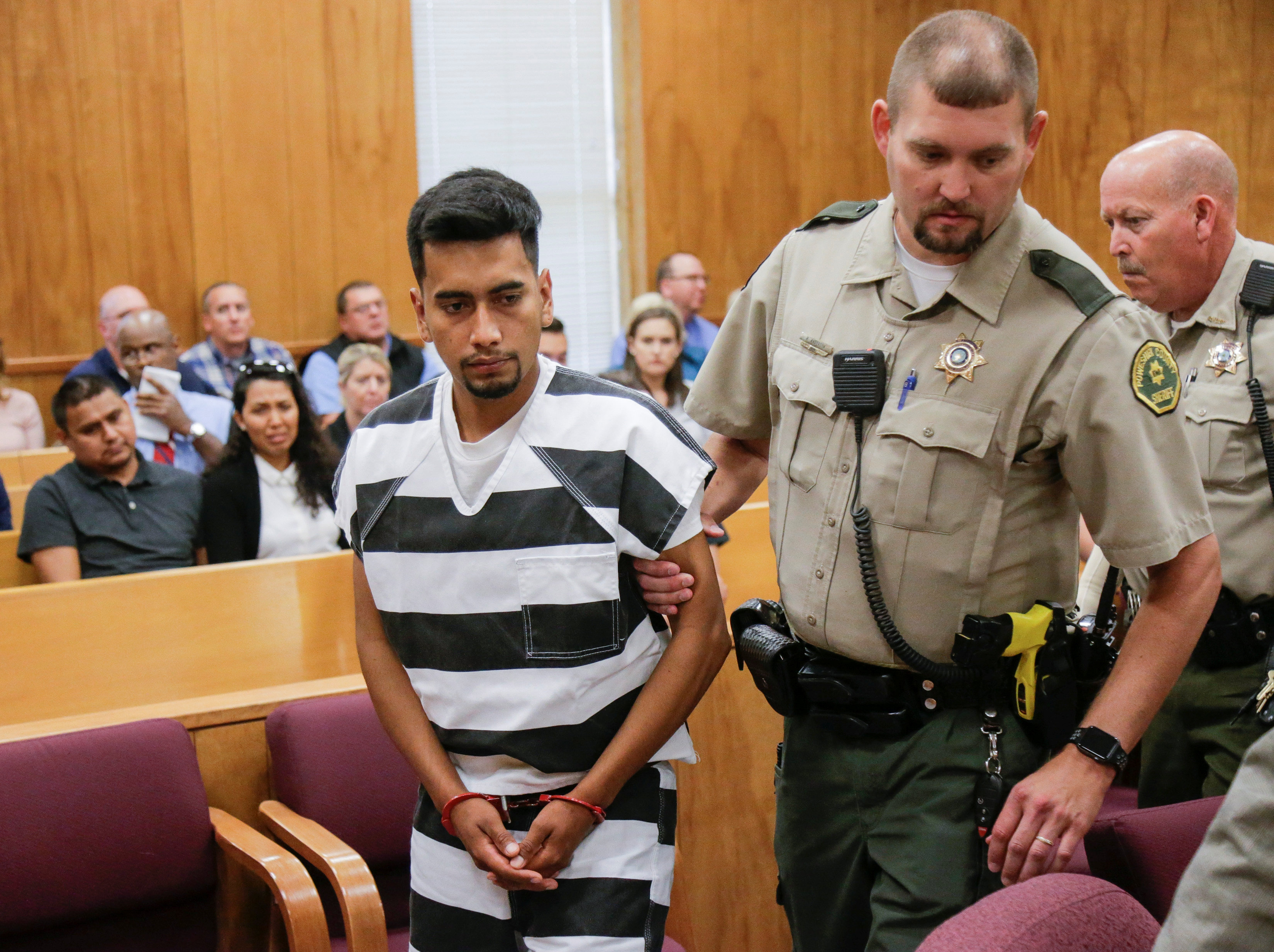 (Reuters) – The arrest of a man who U.S. authorities have said is an illegal immigrant on charges of murdering an Iowa college student has thrust the case into the debate on immigration policy, with President Donald Trump blaming Mollie Tibbetts’ death on weak laws.

Christhian Rivera, 24, was arrested and charged on Monday with the murder of 20-year-old Tibbetts, who disappeared in July while out jogging. A woman’s body has been found but has not yet been positively identified, authorities have said. 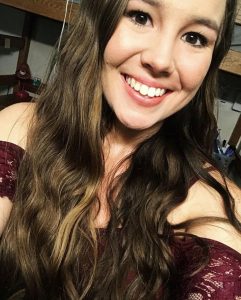 Law enforcement officials told reporters on Monday that Rivera was Mexican and in the country illegally. However, his defense lawyer said in a court filing on Wednesday that Rivera had legal status.

Trump, who has taken a tough stance on immigration and referred to some Mexican migrants as criminals and rapists in his 2016 election campaign, made a reference to the Tibbetts case at a rally in West Virginia on Tuesday.

“Should never have happened,” said Trump. “The immigration laws are such a disgrace.”

The political fallout from the killing could reverberate across Iowa, a swing state that has a hotly contested gubernatorial race and where Democrats see a chance at taking two of the 23 seats they need to win back from Republicans in November’s midterms to gain a majority in the House of Representatives.

“We are angry that a broken immigration system allowed a predator like this to live in our community, and we will do all we can bring justice to Mollie’s killer,” she said in a Tuesday statement.

But Republican members of Congress and congressional candidates in closely competitive Iowa districts were more guarded, perhaps wary of voter backlash if they politicized the case.

Republican lawmakers Rod Blum and David Young each issued statements expressing sympathy for the Tibbetts’ family but avoided any mention of illegal immigration.

“Yes, our immigration system is broken, and Congress has failed to fix it,” Peters wrote. “There is much we can and must do. For now, though, we should mourn the loss of Mollie.”

Tibbetts’ father, who made many public pleas for information about his daughter’s whereabouts, could not be reached for comment on Wednesday. A man who picked up the phone at the home of Tibbetts’ mother in Iowa declined to comment.

During his 2016 campaign, Trump spoke almost daily about the 2015 death of Kate Steinle, who was struck by a bullet that ricocheted off the ground after being accidentally fired by an illegal immigrant. A jury last year cleared the immigrant of murder and manslaughter charges, and Trump railed against the decision.

Iowa voters might recoil at Tibbetts’ death being politicized so quickly, said Timothy Hagle, a political science professor at the University of Iowa.

“Kate Steinle was used nationally by Republicans as an example of a system that needs fixing,” Hagle said. “That might happen again, but I’m not sure it will be handled the same way in Iowa.”

Several residents of Brooklyn, Iowa, where Tibbetts lived, expressed sadness at how quickly her death had become a political talking point.

“I wish Trump had not made this political,” said Janice, a 60-year-old waitress at the Classic Deli, who declined to give her last name. “The family just wants to heal. I have a farm with Mexican immigrants, and I never felt afraid.” 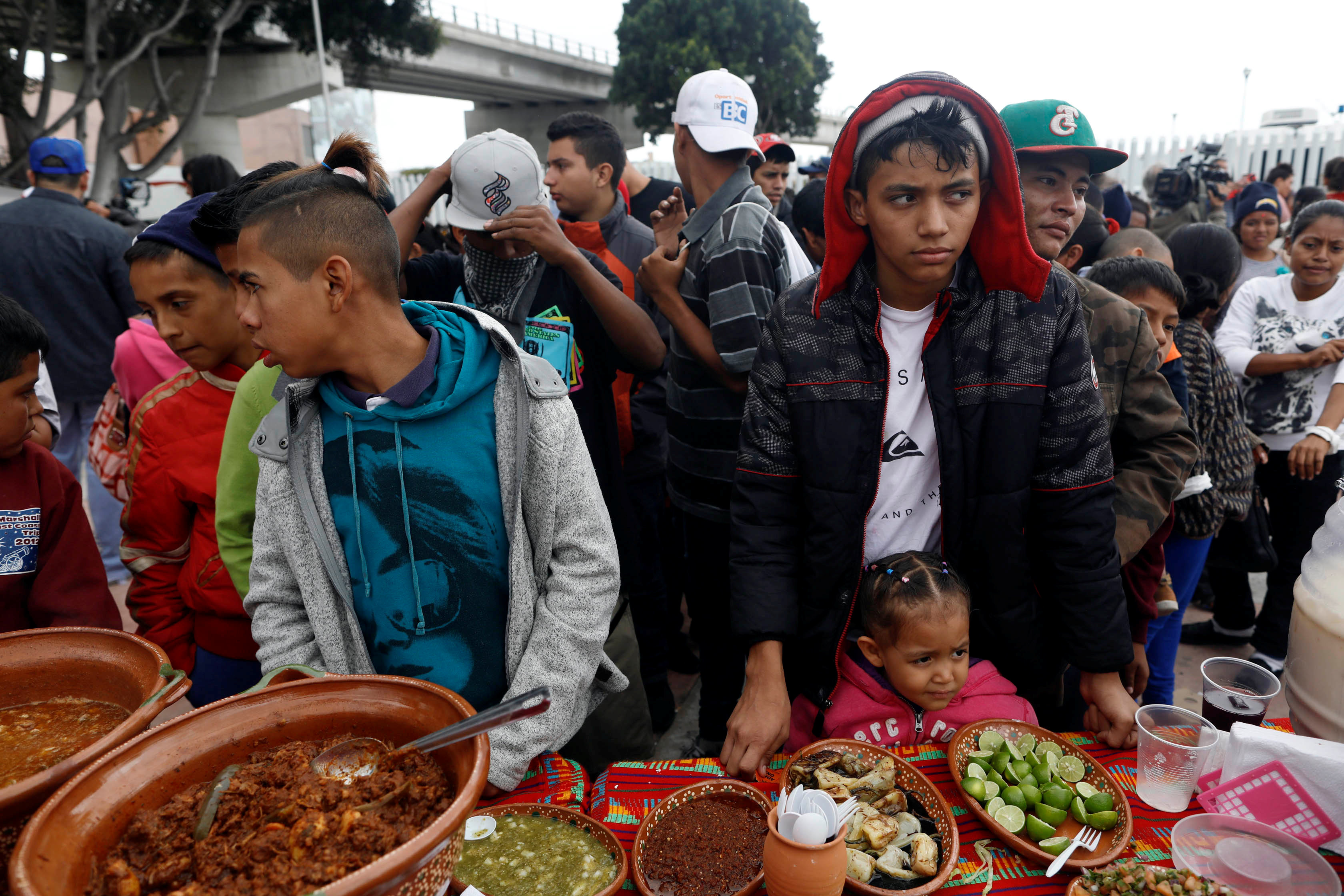 SAN YSIDRO PORT OF ENTRY (Reuters) – Hopes rose on Tuesday among a caravan of migrants who traveled from Central America to seek asylum in the United States after U.S. border authorities allowed the first small group of women and children entry from Mexico overnight.

Gathering people along the way, the caravan set off a month ago on a 2,000-mile (3,220-km) trek across Mexico to the U.S. border, drawing attention from American news media after President Donald Trump took to Twitter to demand such groups not be granted entry and urging stronger immigration laws.

Celebrations erupted on Monday night among dozens of migrants camped near the U.S. border crossing in Tijuana, Mexico, after U.S. officials admitted eight women and children, fueling the determination of others to remain until they were admitted.

However, the U.S. Department of Justice late on Monday announced what it described as the first prosecutions against members of the caravan, filing criminal charges against 11 migrants accused of entering the country illegally about four miles (6 km) west of the San Ysidro, California, border crossing.

“The United States will not stand by as our immigration laws are ignored and our nation’s safety is jeopardized,” U.S. Attorney General Jeff Sessions said in a statement announcing the charges.

The statement did not provide a figure on any other caravan members who might have also been detained.

On the asylum applicants, the Trump administration’s hands are tied by international rules obliging the United States to accept some applications. Most in the caravan said they were fleeing death threats, extortion and violence from powerful street gangs.

Dozens of members of the caravan slept in the open for a second cold desert night in the surroundings of the busy San Ysidro port of entry, after pumping fists and cheering the news late on Monday that Customs and Border Patrol (CBP) had opened the gate to eight women and children.

Those left behind said they would continue their sit-in until they were at least allowed to recount their stories to border officials and try to convince them that it was unsafe to go home. The caravan swelled to 1,500 people at one point but has since dwindled to a few hundred.

“We crossed the whole of Mexico,” said Angel Caceres, who said he fled Honduras with his 5-year-old son after his brother and nephew were murdered and his mother beaten and raped. They would stay, he said, “until the last person is in, as long as it takes.”

It was not clear when more of the group would be allowed to make their asylum bids. A CBP spokeswoman said the port of entry was congested with other undocumented immigrants, and that the caravan members might have to wait in Mexico temporarily.

The majority of asylum claims by Central Americans are ultimately unsuccessful, resulting in detention and deportation. The Trump administration says many claims are fake, aided by legal loopholes.

Vice President Mike Pence has accused the caravan’s organizers of persuading people to leave their homes to advance an “open borders” agenda.

Only two of the dozens of people in the caravan who spoke to Reuters over the past month said they were aware of the caravan’s existence before they left home. They said it had not played a role in their decision to flee what they described as appalling conditions.

Asylum seekers must demonstrate a well-founded fear of persecution at home, most often from a state entity. Central Americans fare badly in such claims because the state is rarely seen as directly responsible for the life-threatening situations they leave behind.

U.S. border authorities said in a statement over the weekend that some people associated with the caravan were caught trying to slip through the border fence.

Trump on Monday railed against a system that may see some of the caravan members freed in the United States until their cases are resolved, because a shortage of beds at detention centers and rules that limit how long women with children can be held.

“Catch and release is ridiculous. If they touch our property, if they touch our country, essentially you catch them and you release them into our country. That’s not acceptable to anybody, so we need a change in the law,” he said.