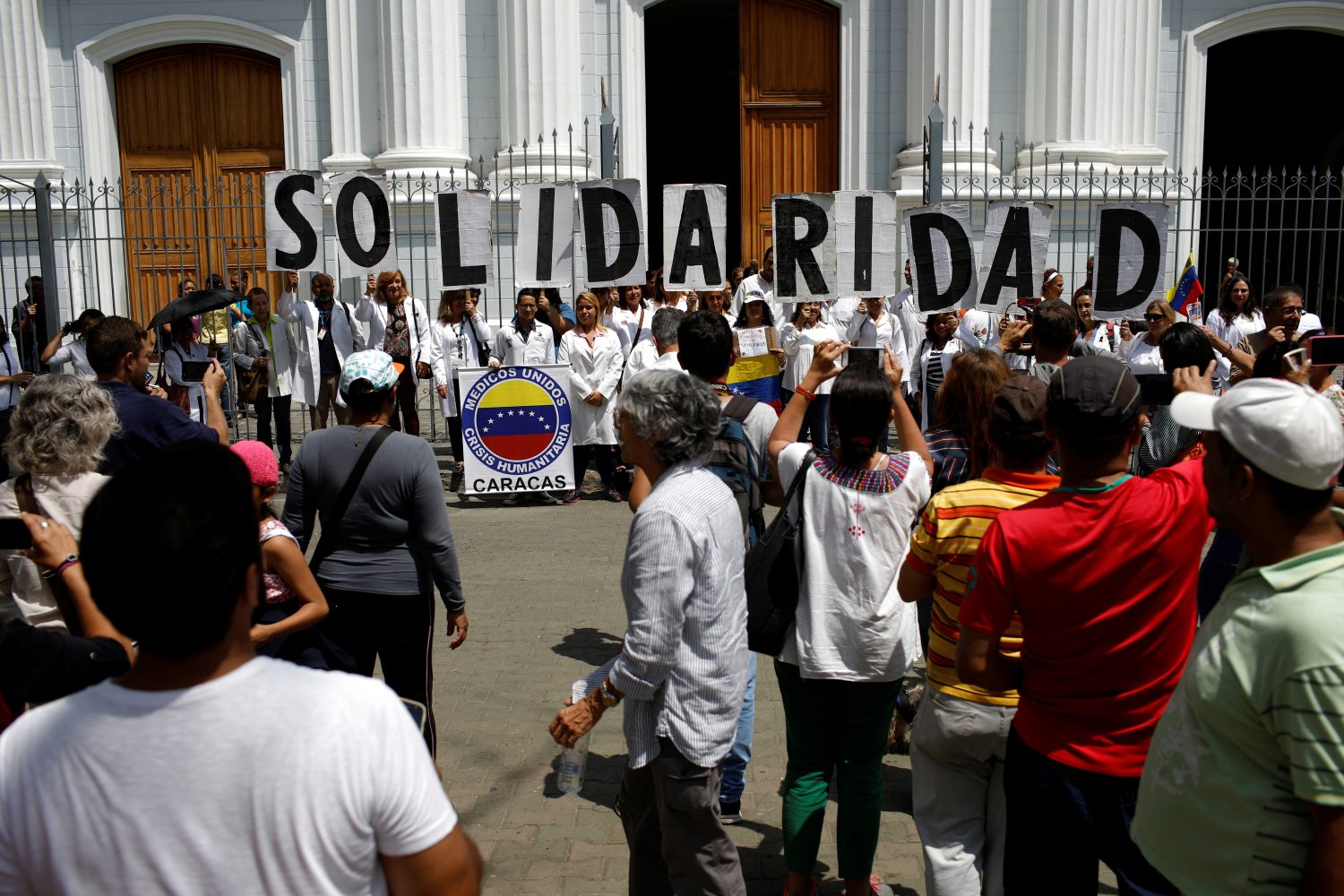 CARACAS (Reuters) – Maria Rodriguez’s daughter has spent a month in Caracas’s J.M. de los Rios children’s hospital with hydrocephalus, a buildup of spinal fluid in the brain, but staff there have faced an uphill battle treating the girl because of a nationwide power outage.

“It has been horrible since the blackout. My daughter needs treatment that lasts six hours: now she is only getting it when there is power available,” said Rodriguez, 36, who said she is also worried about inadequate water and food in the facility.

Venezuela’s hospitals, already struggling with shortages of supplies and equipment amid an economic meltdown, entered crisis mode on Thursday when the South American nation’s power system went down.

Public hospitals typically have generators to provide back-up electricity in the event of an outage, but doctors consulted by Reuters said they were either damaged or idled for lack of fuel.

Julio Castro of the non-governmental organization Doctors for Health says the blackouts have stretched Venezuelan hospitals to the breaking point. The group says at least 21 people have died in public hospitals during the outage.

“This (blackout) is taking place at a moment when hospitals are operating at limited capacity,” Castro said. “It is not the same as when a hospital is functioning correctly.”

Among the most prone to electricity problems in hospitals are newborns, he said. About 10 percent of the 1,500 children born each day in Venezuela require incubators or other such equipment that cannot function without steady power.

Even before the blackouts, the state of the healthcare system was dire. In a report last year, Doctors for Health said doctors in more than half of Venezuela’s hospitals had been attacked by people who were angry the decaying medical system could not do more for their relatives.

Not having power means hospitals struggle to obtain water, fueling sanitation problems that are aggravated by shortages of cleaning products. Constant fluctuations in electricity also risk damaging the limited equipment that hospitals have.

“The contingency plan has worked, problems have been corrected and patients have been transferred (to other hospitals) when they have requested it,” Health Minister Carlos Alvarado told state television on Sunday.

A group of doctors on Sunday held a mass to pray for the sick, and later walked to the J.M. de los Rios hospital to seek more details about the situation there.

The doors were locked even though they arrived during visiting hours. Women shouted from the windows that they needed help and that there was no food, but police at the entrance blocked their way, according to a Reuters witness.

Several members of a police special forces group called FAES were stationed inside the hospital, according to witnesses.

Within hours, hospital director Natalia Martinho appeared on state television to assure the public everything was fine.

Maria Torres, 46, waited anxiously on Sunday outside Caracas’ El Llanito hospital, where her brother was admitted for injuries sustained in a car accident. She worried for his well-being due to the lack of water, medical supplies and electricity.

“This is a nightmare,” she said.