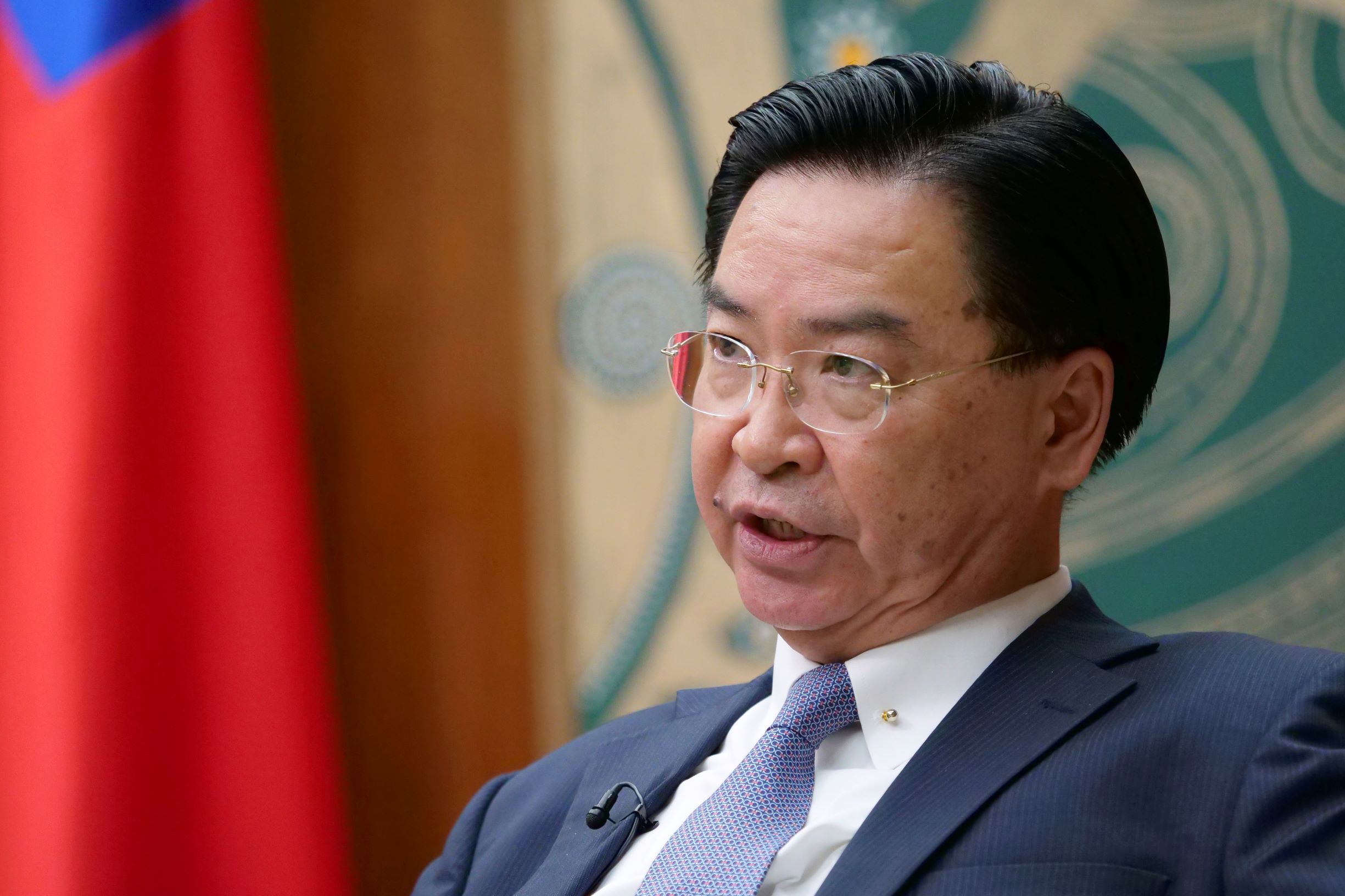 TAIPEI (Reuters) – Beijing should not see Taiwan’s elections as representing a win or loss for China, Taiwan’s foreign minister said on Thursday, days ahead of a vote overshadowed by Chinese efforts to get the island to accept its rule.

Taiwan holds presidential and parliamentary elections on Saturday. Its elections are always closely watched by China, which claims the island as its territory.

Taiwan says it is an independent country called the Republic of China, its formal name, and the government has warned of Beijing’s efforts to sway the vote in favor of the opposition.

“I just don’t think China should read Taiwan’s election as its own victory or defeat,” Foreign Minister Joseph Wu told reporters in Taipei.

“If China reads too much into our election … there might be a likely scenario that China will engage in military intimidation or diplomatic isolation or using economic measures as punishment against Taiwan.”

President Tsai Ing-wen, who is seeking re-election, has repeatedly warned Taiwan’s people to be wary of Chinese attempts to sway the election through disinformation or military intimidation, an accusation China denies.

“This is our own election. This is not China’s election. It is Taiwanese people who go to the voting booth to make a judgment on which candidate or political party is better for them,” Wu said.

“If China wants to play with democracies in other countries so much, maybe they can try with their own elections at some point.”

The issue of China has taken center stage in the campaign, especially after its president, Xi Jinping, warned last year it could attack Taiwan, though said he’d prefer a peaceful “one country, two systems” formula to rule the island.

Taiwan-China ties have soured since Tsai took office in 2016, with China cutting off formal dialogue, flying bomber patrols around Taiwan, and whittling away at its diplomatic allies.

China suspects Tsai of pushing for the island’s formal independence, a red line for Beijing. Tsai says she will maintain the status quo but will defend Taiwan’s democracy and way of life.

‘EVERY BALLOT HAS POWER’

In a front-page election advertisement in the mass circulation Liberty Times on Thursday, Tsai appealed directly for people to cast their vote against China.

“In the face of China, every ballot has power,” the advertisement read, next to a picture of Tsai wearing a camouflaged military helmet and flak jacket.

Tsai’s main opponent is Han Kuo-yu of the Kuomintang party, which ruled China until 1949, when it was forced to flee to Taiwan after loosing a civil war with the Communists.

Han says he would reset ties with Beijing to boost Taiwan’s economy, but not compromise on the island’s security or democratic way of life.

In a Facebook post later on Thursday, Tsai wrote that China would be happiest if the Kuomintang got back into power.

“The elections should make Taiwan’s people happy, not the Chinese government,” she added.

But Kuomintang Chairman Wu Den-yih said Tsai was the real threat, pointing to an anti-infiltration law she championed and passed late last year to tackle Chinese influence. The Kuomintang says the law seeks to effectively outlaw all contacts with China.

Overshadowing the elections have been allegations in Australian media from a self-professed Chinese spy about China’s efforts to influence Taiwan’s politics and support Han, who, along with Beijing, has denounced the accusations as lies. 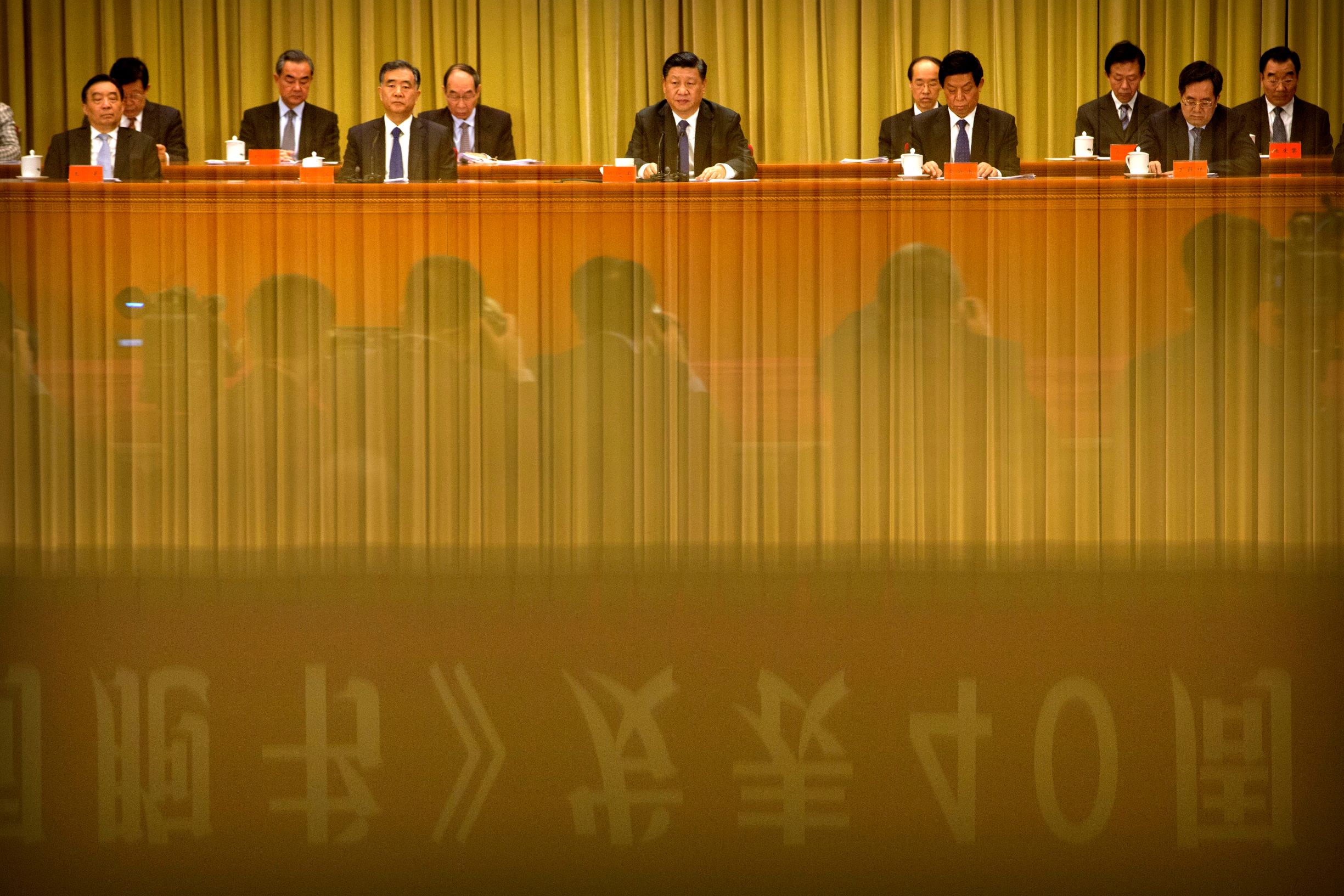 BEIJING (Reuters) – With just days to go before Taiwan’s elections, its giant neighbor is trying a push-and-pull strategy on the island Beijing claims as Chinese territory, rattling its saber while trying to coax electors with outwardly friendlier policies.

Taiwan, which says it is an independent country, has long been wary of Chinese attempts to sway its elections in favor of candidates who may look more kindly upon Beijing.

Fear of China has become a major element in the campaign, boosted not only by the anti-government protests in Chinese-ruled Hong Kong but also by a speech Chinese President Xi Jinping gave in January outlining China’s “reunification” agenda, including threats of force.

Taiwan President Tsai Ing-wen and her team are pressing home a message that people need to “protect” Taiwan from China when they vote in the Jan. 11 presidential and parliamentary election.

On Thursday, Taiwan’s Defence Ministry said China had sailed another carrier group through the Taiwan Strait just weeks after the last mission.

“There it goes again!” he wrote. “Military threats like this only toughen Taiwan’s determination to defend itself and preserve regional peace and stability.”

A few days before that, retired but influential Chinese General Wang Hongguang outlined at a state-media organized forum in Beijing how China could bring Taiwan to its knees by invading its outlying islands and “terrifying” Taipei into submission.

At the same time, China has rolled out policies promising better treatment for the Taiwanese business community, which has invested billions in China, and on Saturday revised a law to give those promises a firmer legal basis.

China has also encouraged Taiwanese abroad, even in places where Taiwan has its own representative offices, to seek consular help from Chinese embassies.

Taiwan says China has sinister intentions, and it must defend its freedoms.

“How can we go backwards, and become a second Hong Kong or Tibet?” he said.

China has ramped up pressure on Tsai since she won office in 2016, cutting off talks and flying bombers around Taiwan, believing she wants to push for the island’s formal independence.

Tsai says Taiwan is already an independent country: the Republic of China, its official name.

China may have overreached recently, said one senior foreign envoy in Taipei, describing Xi’s January speech as effectively “Xi campaigning for Tsai” because of how badly it was received in Taiwan.

Jin Canrong, Deputy Dean of the School of International Studies at Beijing’s elite Renmin University and a government adviser, said Xi’s speech marked a shift in policy away from preventing independence to actively promoting “reunification”.

China is confident that it could successfully use force against Taiwan, he added.

“China really does have the military ability, which is the say the armed ability, to resolve the Taiwan issue,” Jin said. “Although we would pay a price, in the end we would win.”

Any invasion would be bloody and difficult, as Taiwan’s military is well-armed, though the island could probably not hold out for long unless U.S. forces came quickly to their aid, military experts have said.

Opposition presidential candidate Han Kuo-yu of the Kuomintang (KMT) party, which favors close ties with China and who is trailing in the polls, says the best way to deal with China is to talk to Beijing and stop demonizing the Chinese for electoral gain.

Han adviser Su Chi, a former general secretary of Taiwan’s National Security Council, said he believed Xi was actually a “dove among the hawks” when it came to Taiwan and wanted a peaceful solution.

“There are loud voices in the mainland for using force to reunify Taiwan, especially in the People’s Liberation Army. I think he (Xi) doesn’t really want this,” Su said.

But Tsai’s returning to office would not necessarily mean relations with China would continue to worsen, as Beijing may realize it must talk to her, said senior legislator Lo Chih-cheng of the ruling Democratic Progressive Party (DPP).

“If our party or our president continues to be in power, eventually China has to come to terms with the incumbent government. They refuse to talk to the DPP because they believe the KMT had a chance to come back,” he told Reuters at his campaign office in a Taipei suburb.

“After seeing the probable defeat of the KMT, leaders in Beijing may believe that in the foreseeable future the KMT may not come back to power again,” he added. “So it might be reasonable or sensible for them to come to terms with the DPP government.”

(Reporting by Ben Blanchard; Additional reporting by Yimou Lee in Taipei and Gao Liangping in Beijing. Editing by Gerry Doyle)