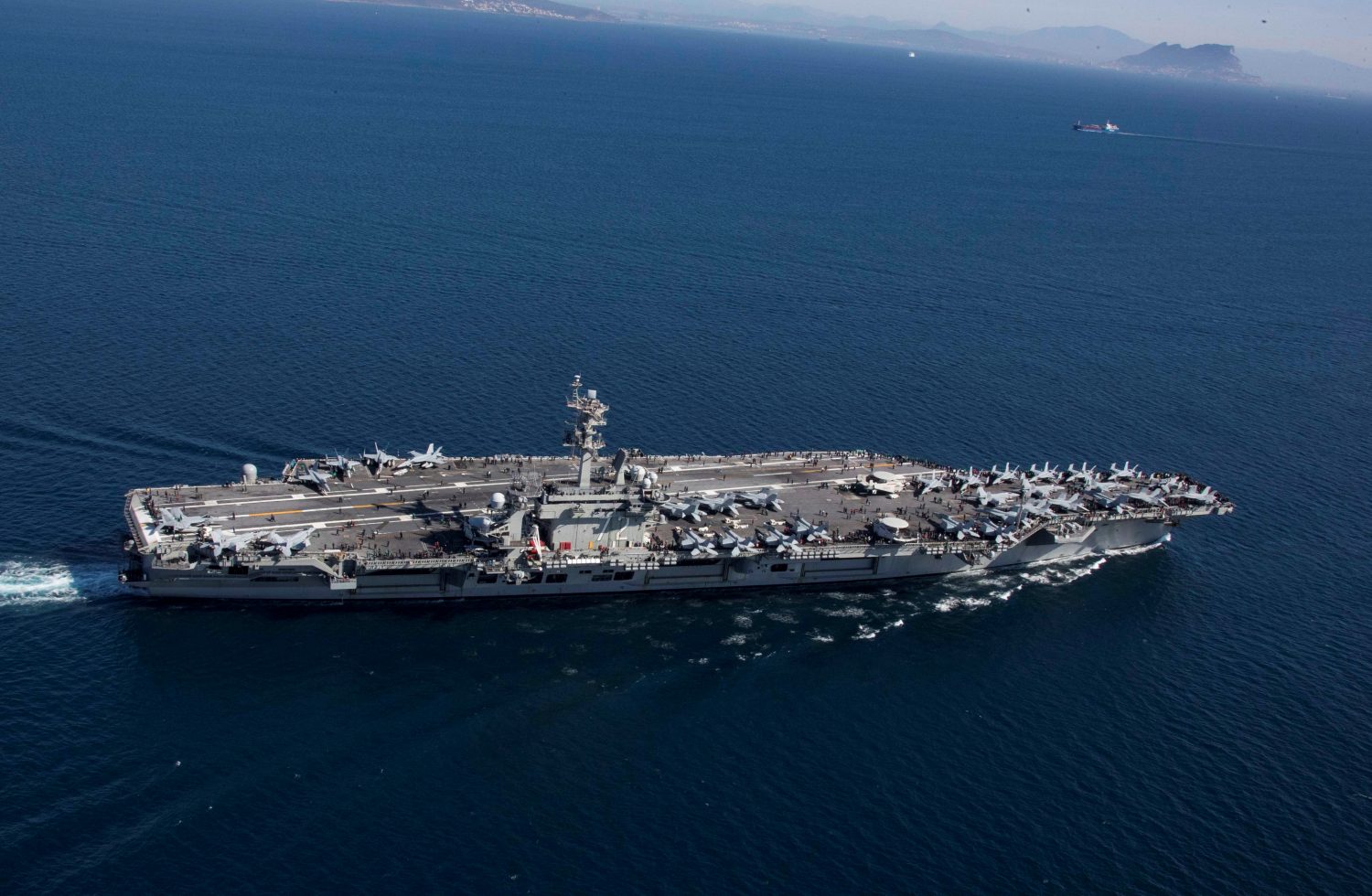 By Matt Spetalnick and Idrees Ali

WASHINGTON (Reuters) – The Trump administration is deploying a carrier strike group and bombers to the Middle East in response to troubling “indications and warnings” from Iran and to show the United States will retaliate with “unrelenting force” to any attack, national security adviser John Bolton said on Sunday.

With tensions already high between Washington and Tehran, a U.S. official said the deployment has been ordered “as a deterrence to what has been seen as potential preparations by Iranian forces and its proxies that may indicate possible attacks on U.S. forces in the region.”However, the official, speaking on condition of anonymity, said the United States was not expecting any imminent Iranian attack.

Bolton – who has spearheaded an increasingly hawkish U.S. policy on Iran – said the decision, which could exacerbate problems between the two countries, was meant to send a “clear and unmistakable message” of U.S. resolve to Tehran.

Though he cited no specific Iranian activities that have raised new concerns, Iran has recently warned it would block the Strait of Hormuz if it was barred from using the strategic waterway. About a fifth of the oil consumed globally passes through the strait.

“The United States is not seeking war with the Iranian regime, but we are fully prepared to respond to any attack, whether by proxy, the Islamic Revolutionary Guard Corps or regular Iranian forces,” Bolton said in a statement.

It marked the latest in a series of moves by President Donald Trump’s administration aimed at ratcheting up pressure on Iran in recent months.

Washington has said it will stop waivers for countries buying Iranian oil, in an attempt to reduce Iran’s oil exports to zero. It has also blacklisted Iran’s elite Revolutionary Guard Corps, taking the unprecedented step of designating it as a foreign terrorist organization, which Iran has cast as an American provocation. 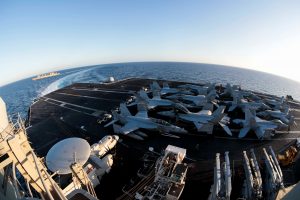 The Trump administration’s efforts to impose political and economic isolation on Tehran began last year when it unilaterally withdrew from the nuclear deal it and other world powers negotiated with Iran in 2015.

“The United States is deploying the USS Abraham Lincoln Carrier Strike Group and a bomber task force to the U.S. Central Command region to send a clear and unmistakable message to the Iranian regime that any attack on United States interests or on those of our allies will be met with unrelenting force,” Bolton said.

Bolton did not provide any further details.

A U.S. Navy statement issued early last month said the aircraft carrier and its accompanying convoy of ships had steamed out of Norfolk, Virginia, on April 1 “for a regularly scheduled deployment”, but it did not give any destination at the time.

While it is not rare for the United States to have aircraft carriers in the Middle East, Bolton&rsquo;s language could increase tensions.

The threat late last month from the IRGC to close the Strait of Hormuz followed a U.S. announcement that it would end exemptions granted last year to eight buyers of Iranian oil and demanding they stop purchases by May 1 or face sanctions.

European governments have opposed Washington’s reinstatement of sanctions on Iran.

A senior Trump administration official said at the time that any aggressive move by Iran in the strait would be unjustified and unacceptable.

Iran has made threats to block the waterway in the past, without acting on them.