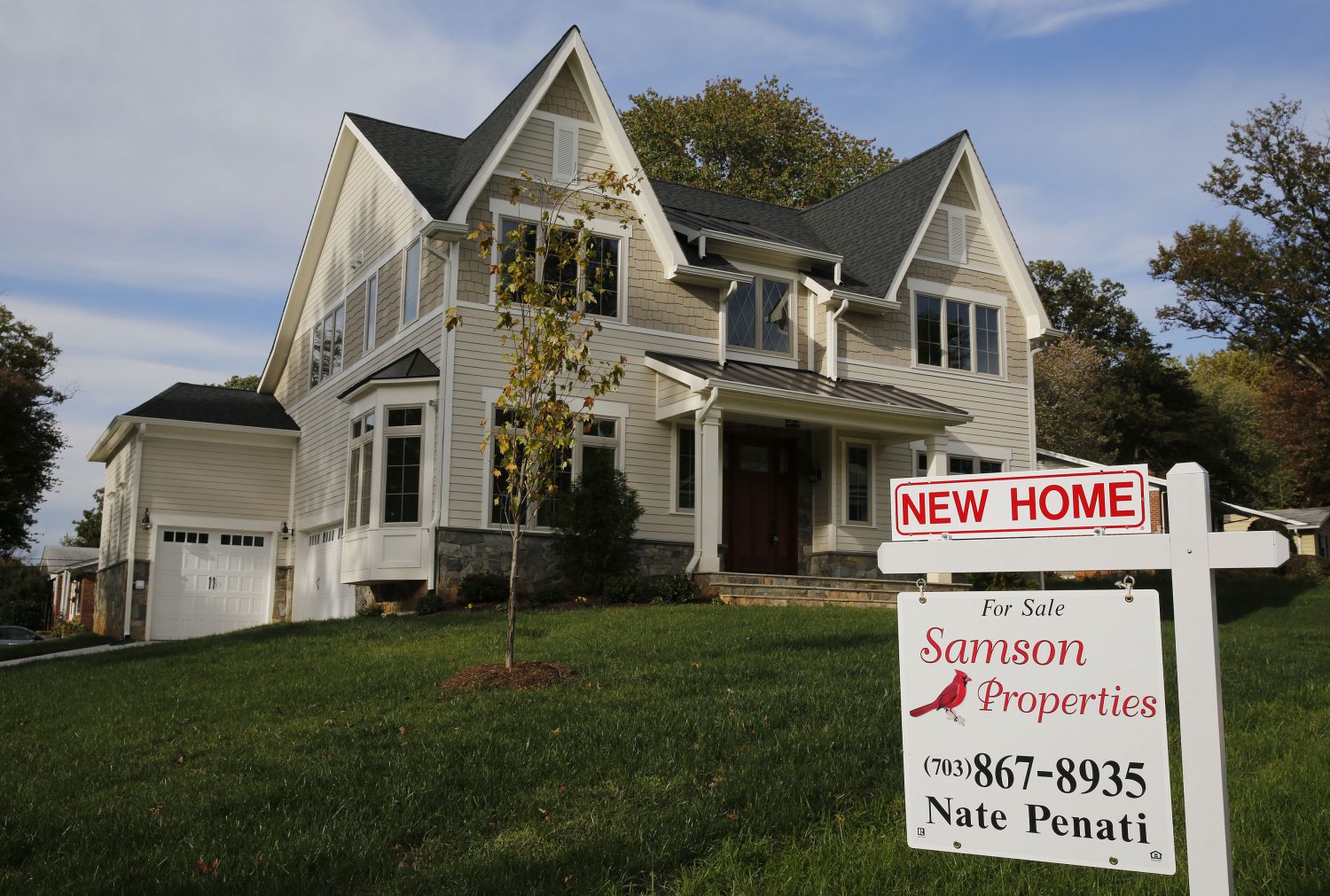 WASHINGTON (Reuters) – Sales of new U.S. single-family homes rose to a seven-month high in December, but November’s outsized jump was revised lower, pointing to continued weakness in the housing market.

Other data on Tuesday showed an acceleration in growth in the vast services sector in February, powered by a surge in new orders. But hiring appeared to be slowing, with a measure of services industries employment dropping to a six-month low.

The moderation in the pace of hiring fits in with expectations of slower economic growth as the stimulus from a $1.5 trillion tax cut and increased government spending ebbs. The economy’s outlook is also being clouded by slowing growth in China and Europe.

The Commerce Department said new home sales increased 3.7 percent to a seasonally adjusted annual rate of 621,000 units, the highest level since May 2018. November’s sales pace was revised down to 599,000 units from the previously reported 657,000 units.

Economists polled by Reuters had forecast new home sales, which account for about 11.2 percent of housing market sales, falling 8.7 percent to a pace of 600,000 units in December.

New home sales are drawn from permits and tend to be volatile on a month-to-month basis. They fell 2.4 percent from a year ago. Single-family home sales rose 1.5 percent in 2018.

The release of the December report was delayed by a five-week partial shutdown of the federal government that ended on Jan. 25.

The housing market hit a soft patch last year amid higher mortgage rates, expensive lumber as well as land and labor shortages, which led to tight inventories and less affordable homes. Reports last month showed homebuilding dropping to more than a two-year trough in December and home resales in January hitting their lowest level since November 2015.

Though house price inflation has slowed and mortgage rates are hovering at 12-month lows, economists expect the housing market to remain weak for a while because of persistent land and labor shortages. Investment in homebuilding contracted 0.2 percent in 2018, the weakest performance since 2010.

Despite the anticipated first-quarter weakness, the economy’s fundamentals remain favorable. In a separate report on Tuesday, the Institute for Supply Management (ISM) said its non-manufacturing activity index increased 3.0 points to a reading of 59.7 last month.

A reading above 50 indicates expansion in the sector, which accounts for more than two-thirds of U.S. economic activity. January’s drop in the services sector index was largely blamed on financial market volatility and the government shutdown.

The ISM’s new orders sub-index for the services sector surged 7.5 points to a reading of 65.2 last month, the highest level since August 2005. But the survey’s services industry employment measure fell 2.6 points to 55.2 in February, the weakest reading since June 2018.

U.S. Treasury yields jumped after the ISM report, while U.S. stocks pared losses. The U.S. dollar was trading slightly higher against a basket of currencies. The Commerce Department report showed new home sales in the South, which accounts for the bulk of transactions, increased 5.0 percent to a seven-month high in December.

At December’s sales pace it would take 6.6 months to clear the supply of houses on the market, down from 6.7 months in November. Just under two-thirds of the houses sold last month were either under construction or yet to be built. 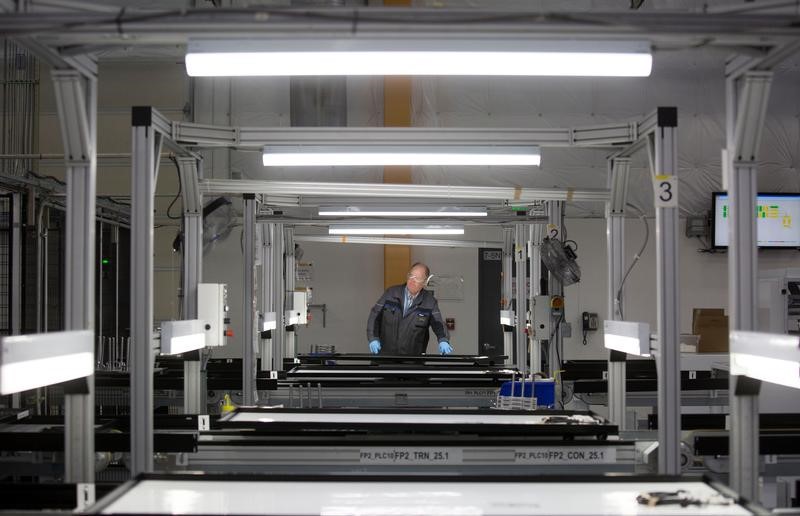 WASHINGTON (Reuters) – U.S. manufacturing activity accelerated to more than a 14-year high in August, boosted by a surge in new orders, but growing concerns over rising raw material costs as a result of import tariffs could restrain further growth.

The Institute for Supply Management (ISM) said on Tuesday its index of national factory activity jumped to 61.3 last month, the best reading since May 2004, from 58.1 in July. A reading above 50 indicates growth in manufacturing, which accounts for about 12 percent of the U.S. economy.

The ISM described demand as remaining “robust,” but cautioned that “the nation’s employment resources and supply chains continue to struggle.” According to the ISM, respondents to the survey were “again overwhelmingly concerned about tariff-related activity, including how reciprocal tariffs will impact company revenue and current manufacturing locations.”

President Donald Trump’s “America First” trade policy has led to an escalating trade war with China and tit-for-tat import tariffs with other trading partners, including the European Union, Canada, and Mexico.

Trump has defended the duties on steel and aluminum imports and a range of Chinese goods as necessary to protect American industries from what he says is unfair foreign competition.

Economists have warned that the tariffs could disrupt supply chains, undercut business investment and slow the economy’s momentum.

The survey’s supplier deliveries index jumped to a reading of 64.5 last month, highlighting the rising bottlenecks in the supply chain, from 62.1 in July. It hit a 14-year high of 68.2 in June.

U.S. stocks were trading lower while yields of U.S. Treasuries were higher. The dollar &lt;.DXY&gt; was stronger against a basket of currencies.

In a separate report on Tuesday, the Commerce Department said construction spending barely rose in July as increases in homebuilding and investment in public projects were overshadowed by a sharp drop in private nonresidential outlays.

Construction spending edged up 0.1 percent. Data for June was revised up to show construction outlays declining 0.8 percent instead of the previously reported 1.1 percent drop.

While homebuilding rose in July, the overall trend has slowed, with builders continuing to complain about rising material costs as well as persistent land and labor shortages. Residential investment contracted in the first half of the year.

Spending on private nonresidential structures, which includes manufacturing and power plants, dropped 1.0 percent in July. That was the biggest decline since August 2017 and followed a 0.1 percent gain in June.

State and local government construction outlays advanced 0.6 percent in July after falling 1.6 percent in the prior month. 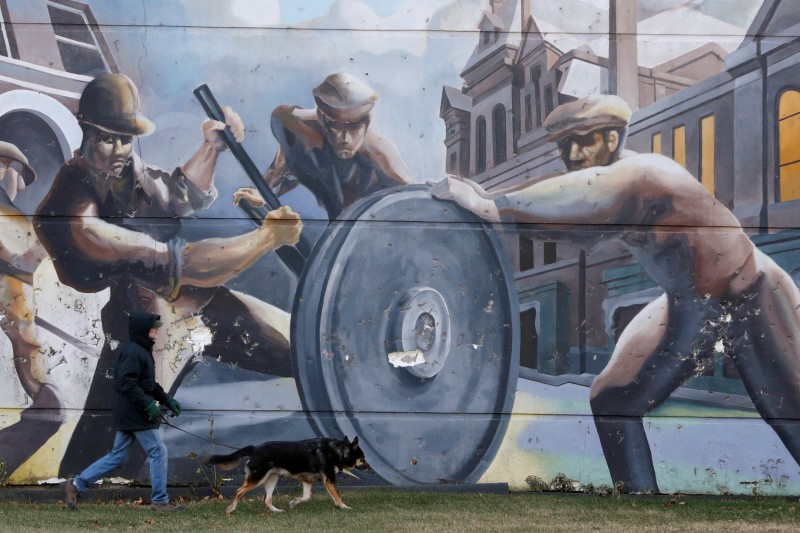 The Institute for Supply Management (ISM) said on Monday its index of national factory activity rose to a reading of 57.8 last month from 54.9 in May.

A reading above 50 in the ISM index indicates an expansion in manufacturing, which accounts for roughly 12 percent of the overall U.S. economy.

According to ISM, comments from those surveyed generally reflected expanding conditions, “with new orders, production, employment, backlog and exports all growing in June compared to May and with supplier deliveries and inventories struggling to keep up with the production pace.” Fifteen of the 18 manufacturing industries reported growth in June.

The dollar rose to a session high against a basket of currencies after the data, while the yield on the 2-year U.S. Treasury note rose to a more than eight-year high. U.S. stocks extended gains.

Meanwhile, U.S. construction spending unexpectedly remained flat in May but federal government outlays on construction projects were the highest in more than four years.

The Commerce Department said on Monday that construction spending in May remained unchanged at $1.23 trillion. Spending in April was revised to show it declining 0.7 percent after a previously reported 1.4 percent fall.

Federal government construction spending jumped 6.4 percent in May to its highest monthly level since January 2013.

The May construction spending release included revisions to data back to January 2015, the Commerce Department said.

Investment in public construction projects rose 2.1 percent in May after dropping 2.7 percent in April.

Outlays on state and local government construction projects increased 1.7 percent in May after falling 2.7 percent in April.