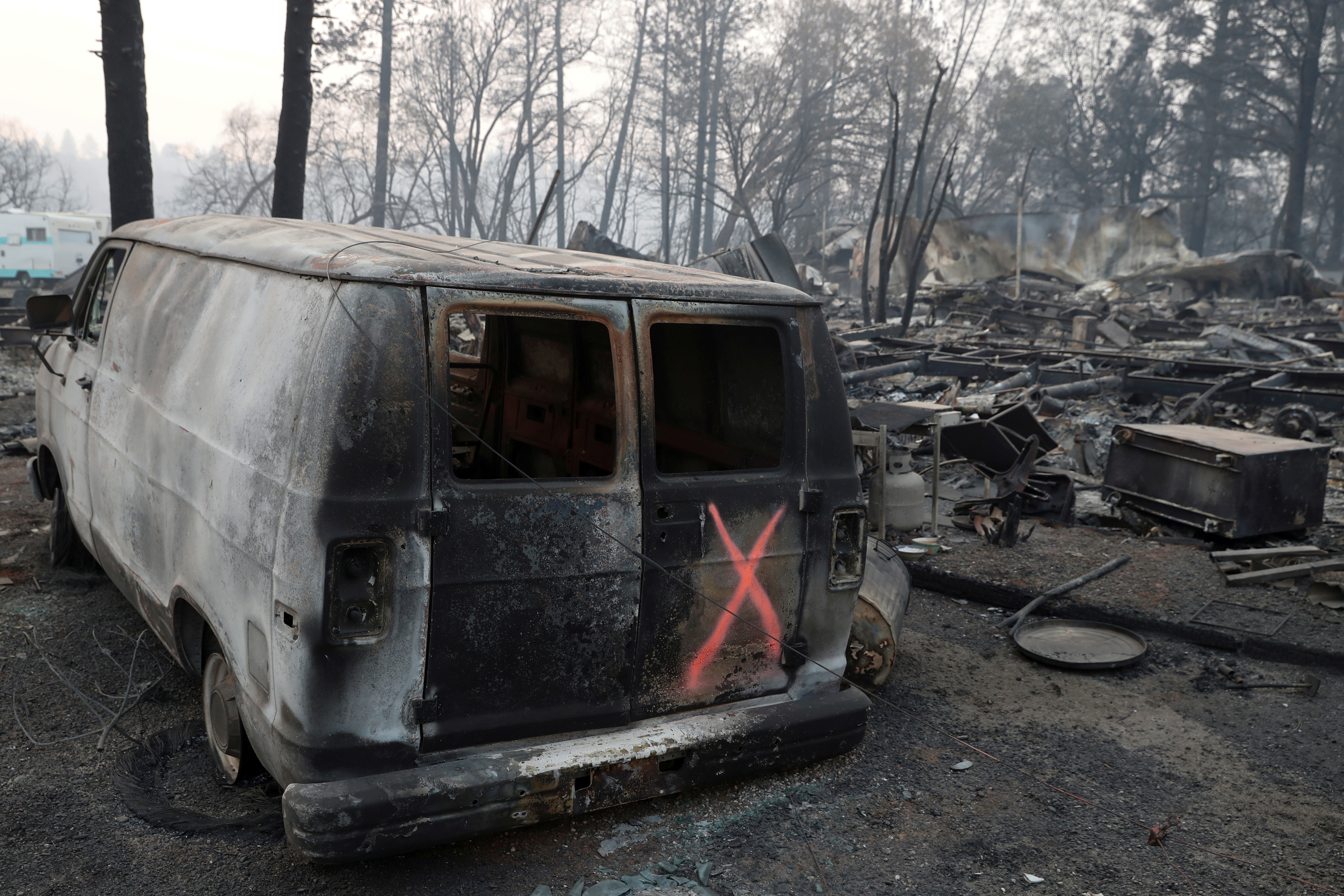 LOS ANGELES (Reuters) – Insurance claims from the recent spate of California wildfires, including one ranked as the most deadly and destructive in state history, have topped $9 billion and are expected to grow, the state insurance commissioner reported on Wednesday.

The claims, so far, fall short of the record $12 billion in wildfire-related insured losses sustained in California in 2017, most of that from more than a dozen blazes that swept a large swath of wine country north of San Francisco Bay, killing 46 people.

This year, the Camp Fire that erupted on Nov. 8 has accounted for the bulk of the claims, just over $7 billion of the total. The wind-driven blaze quickly incinerated most of the Sierra foothills town of Paradise, about 175 miles (280 km) north of San Francisco, destroying 18,500 homes and businesses and killing 86 people.

The casualty toll stands as the greatest loss of life from a single wildfire on record in California and the highest from any U.S. wildfire during the past century.

A pair of smaller blazes that broke out at about the same time in Southern California, the Woolsey and Hill fires, killed three people and destroyed some 1,500 structures and forced the evacuation of thousands in the Malibu area west of Los Angeles.

The insurance commissioner put preliminary insurance claims from those two fires combined at more than $2 billion, bringing the total for all three of last month’s blazes to $9.05 billion.

The tally reflects losses for residential and commercial coverage, as well as for motor vehicles, agriculture, machinery and other assets, the Insurance Department said.

“The devastating wildfires of 2018 were the deadliest and most destructive wildfire catastrophes in California’s history,” Commissioner Dave Jones said in a statement.

The numbers released on Wednesday stem from almost 40,000 separate claims, more than a fourth of which represent total losses. Most of those, 10,564, were for personal residential property, the commissioner said.

But the figures do not include billions of dollars in potential losses faced by Pacific Gas Electric Company in the event the utility’s electrical equipment is ultimately found to have caused the Camp Fire. PG&E Corp has said its liability could exceed its insurance coverage if that happens.

Citigroup Inc analysts have projected the company’s potential exposure from the blaze could exceed $15 billion. 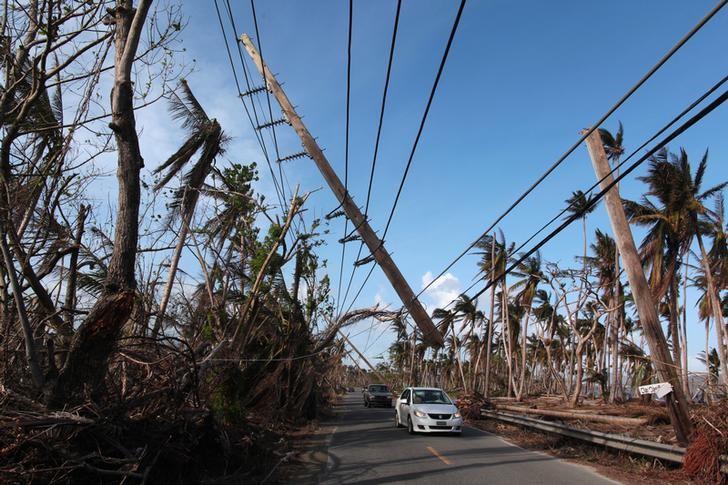 (Reuters) – Insured losses in the private sector and government-sponsored programs from natural disasters came to $134 billion in 2017, making it the second-costliest year on record, broker Aon Benfield said on Wednesday.

Three major hurricanes in the United States and Caribbean alone led to losses of $100 billion in 2017, according to risk modeling agencies and reinsurers.

That compares with losses of about $74 billion caused by Hurricane Katrina, which hit New Orleans in 2005.

There were 330 natural catastrophes last year, leading to overall economic losses of $353 billion, of which an “unprecedented” 97 percent were caused by weather-related events, according to Aon’s catastrophe report, making 2017 the costliest year on record for weather disasters.

At $132 billion, 2017 was also the costliest year for insurers for weather disasters, with 60 percent of global insurance payouts in the year caused by Hurricanes Harvey, Irma, and Maria.

Weather losses exclude losses from other natural disasters such as earthquakes, volcanic eruptions and tsunamis.

Wildfires caused $14 billion of insurance losses in 2017 – the highest on record for the peril, Aon said.

California faced wildfires in the northern part of the state that resulted in losses to those insured of more than $9 billion in October. Later in December, a sprawling Southern California wildfire become the largest on record in the state.

Other notable weather events in the year included earthquakes in Mexico, floods and Typhoon Hato in China and drought in Southern Europe.

“The insurance industry was well-positioned to handle the cost of the 2017 disasters. Global reinsurer capital was a record $600 billion at the end of third quarter 2017,” Aon said.

As a result, some reinsurers had been expecting double-digit price rises across the board when the Jan. 1 renewals came around after all of last year’s losses.

In the end, however, global property reinsurance prices rose less than expected, with strong competition limiting increases to single-digit percentages.

German reinsurer Munich Re, said this month that insurers will have to pay claims of around $135 billion for 2017, the most ever, following the spate of hurricanes, earthquakes and fires in North America.