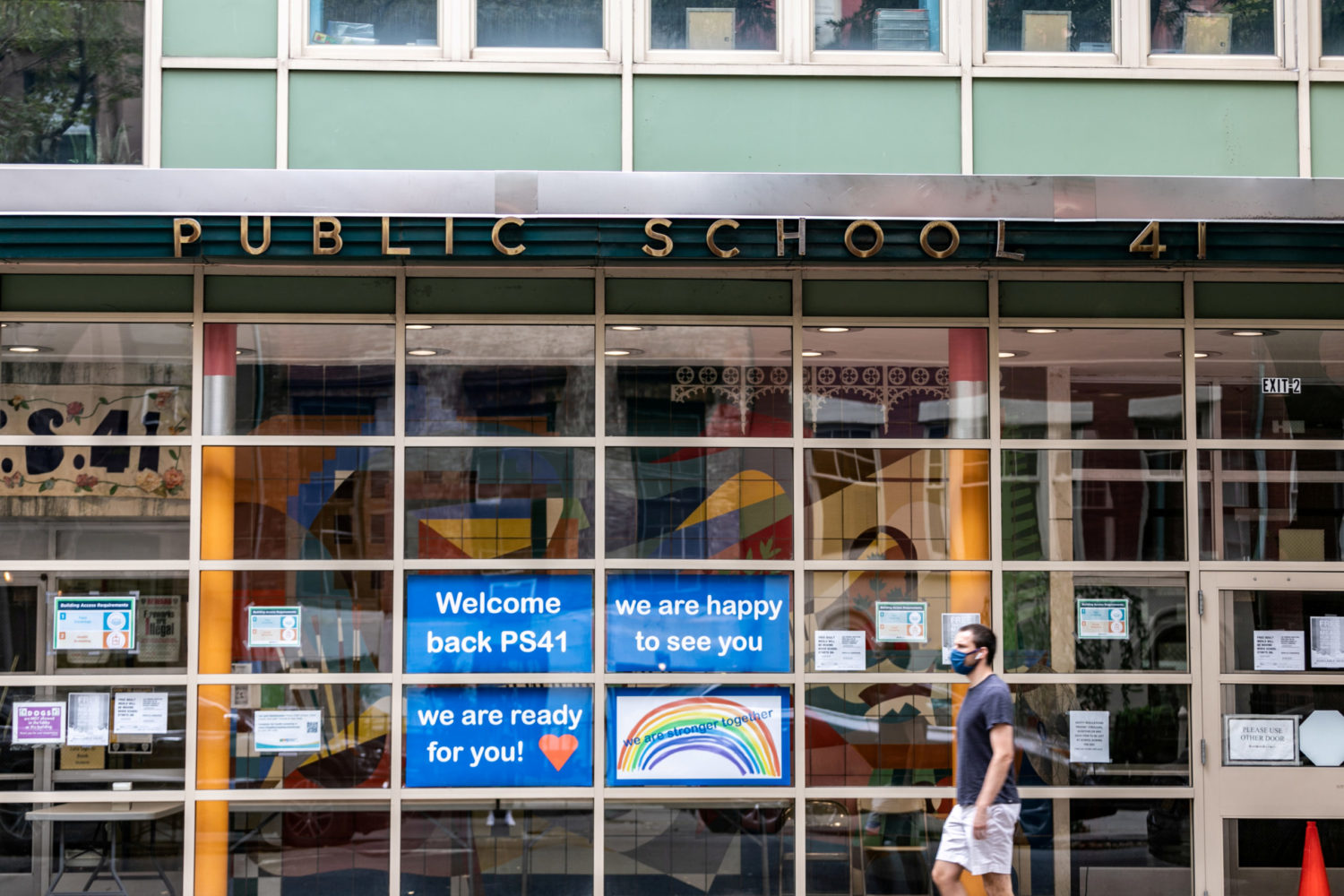 The lawsuit, which was brought in state court in Manhattan by several prominent civil rights attorneys, argues that a “rigged system” begins sorting children academically when they are as young as 4 years old, using criteria that disproportionately benefit more affluent, white students.

As a result, minority students are often denied an opportunity to gain access to more selective programs, from elementary to high school, and are instead relegated to failing schools that exacerbate existing inequities, the lawsuit contends.

“Nearly every facet of the New York City public education system operates not only to prop up, but also to affirmatively reproduce, the artificial racial hierarchies that have subordinated people of color for centuries in the United States,” the lawsuit says.

The complaint asks a judge to order the school system to eliminate its current admissions screening process for selective programs, including gifted and talented programs and more academically rigorous middle and high schools.

“For many Black and Latinx eighth graders, entire swaths of high schools and programs are functionally off-limits,” the lawsuit alleges.

The city’s public school system is the country’s largest, with approximately 1 million students, and has long been seen as deeply segregated along racial and socioeconomic lines. Close to three-quarters of Black and Latino students attend schools that have less than 10% white students, while more than a third of white students attend schools with majority white populations, according to data collected by the City Council.

Two years ago, de Blasio attempted to eliminate the admissions exam for elite specialized high schools, but the state legislature, which has authority over the exam, rejected his proposal.

In a statement, Danielle Filson, a spokeswoman for the city’s education department, noted the de Blasio administration has recently made some changes, including using teacher evaluations rather than a standardized test to identify gifted 4-year-olds and temporarily suspending middle-school admissions screens.

“This administration has taken bold, unprecedented steps to advance equity in our admissions policies,” she said. “Our persistent work to drive equity for New York City families is ongoing, and we will review the suit.”

The lawsuit, however, argued those moves do not go far enough to address the problem.

At a news conference, de Blasio would not specifically comment on pending litigation. But he agreed that specialized high school admissions are “broken” and said the city needs a new system for its gifted and talented program.

The plaintiffs include IntegrateNYC, a youth-led nonprofit devoted to integrating the school system.

Mark Rosenbaum, a lawyer with the pro bono law firm Public Counsel, is a lead attorney, along with civil rights attorney Benjamin Crump and law professors from Yale University, Harvard University, the University of California-Berkeley and the University of Michigan. The law firm Sidley Austin is also representing the plaintiffs.

In addition to admissions criteria, the lawsuit also faults the school system’s curriculum, arguing that students of color learn that “civilization is equated with whiteness” and that history is taught from a Eurocentric point of view.

While the school system is majority Black and Latino, most teachers and administrators are white, the lawsuit notes.