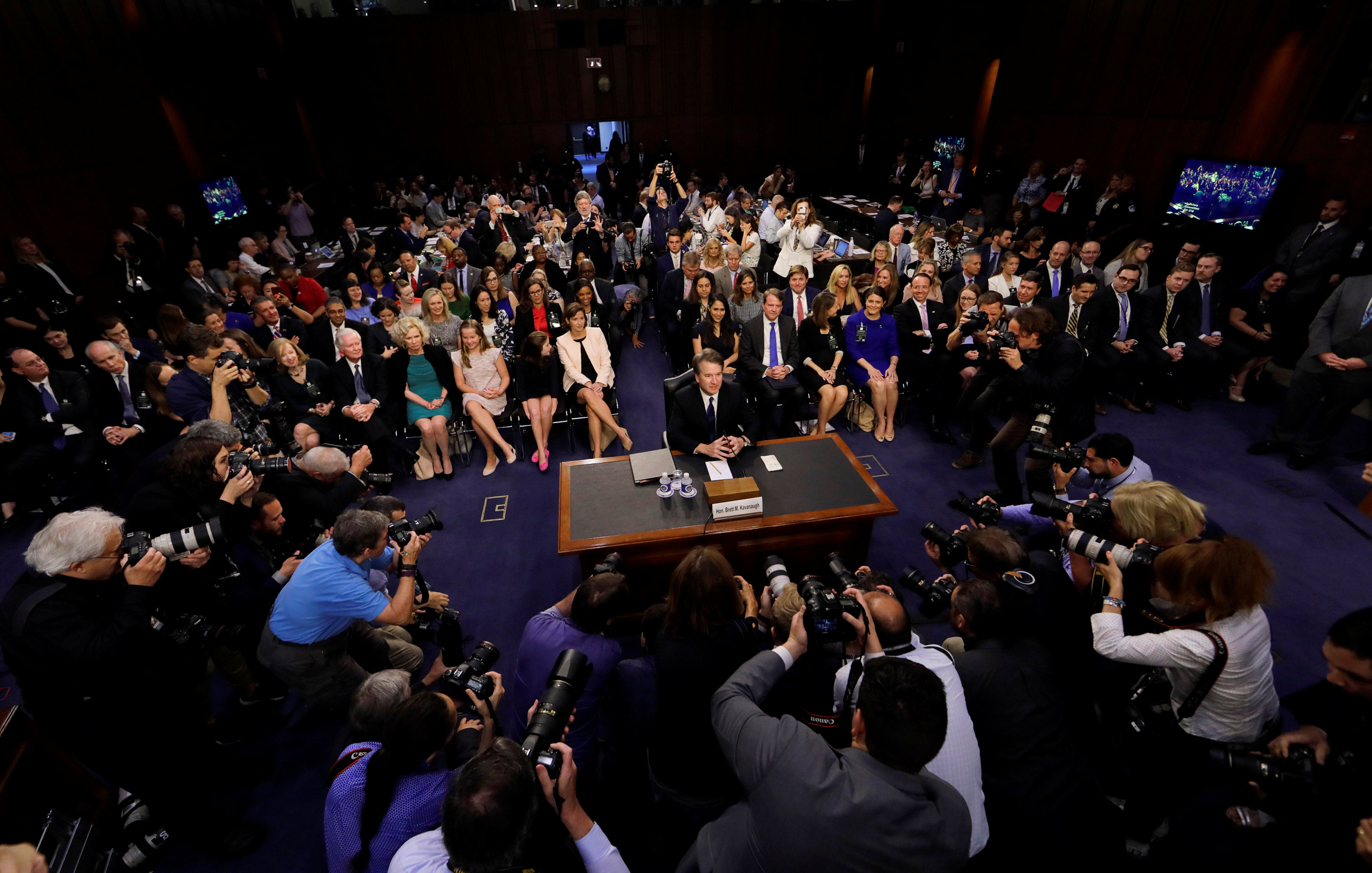 With Democratic senators interrupting the Judiciary Committee’s Republican chairman Chuck Grassley at the outset of the hearing and dozens of shouting protesters removed one by one by security personnel, the session quickly descended into a ruckus.

“This is the first confirmation for a Supreme Court justice I’ve seen, basically, according to mob rule,” Republican Senator John Cornyn said, a characterization Democrats rejected.

“What we’ve heard is the noise of democracy. This is what happens in a free country when people can stand up and speak and not be jailed, imprisoned, tortured and killed because of it,” Democratic Senator Dick Durbin said.

News photographers clicked pictures of a smiling Kavanaugh – the conservative federal appeals court judge picked by Trump for a lifetime job on the top U.S. judicial body – as he entered the hearing room along with family members. But moments after Grassley opened the session, Democrats decried the withholding of the documents and asked to have the proceedings adjourned.

Protesters took turns yelling as senators spoke, shouting, “This is a travesty of justice,” “Our democracy is broken” and “Vote no on Kavanaugh.”

“We cannot possibly move forward. We have not had an opportunity to have a meaningful hearing,” Democratic Senator Kamala Harris said. Democratic Senator Cory Booker appealed to Grassley’s “sense of decency and integrity” and said the withholding of the documents by Republicans and the White House left lawmakers unable to properly vet Kavanaugh.

If confirmed, Kavanaugh is expected to move the court – which already had a conservative majority – further to the right. Senate Democratic leaders have vowed a fierce fight to try to block his confirmation. Democrats signaled they would press Kavanaugh on abortion and gun rights, among other issues, when they get to question him on Wednesday.

Grassley ignored the Democrats’ request to halt the hearing, saying it was “out of order” and accused them of obstruction. Republicans hold a slim Senate majority and can confirm Kavanaugh if they stay united. There were no signs of Republican defections.

Republican Orrin Hatch accused Democratic senators of political opportunism, noting, “We have folks who want to run for president,” though he did not mention any by name. There has been speculation Booker and Harris might consider 2020 presidential runs. 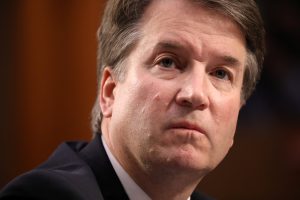 “I think we ought to have this loudmouth removed. We shouldn’t have to put up with this kind of stuff,” Hatch said.

Democrats have demanded in vain to see documents relating Kavanaugh’s time as staff secretary to Republican former President George W. Bush from 2003 to 2006. That job involved managing paper flow from advisers to Bush.

Republicans also have released some, but not all, of the existing documents concerning Kavanaugh’s two prior years as a lawyer in Bush’s White House Counsel’s Office.

Republicans have said Democrats have more than enough documents to assess Kavanaugh’s record, including his 12 years of judicial opinions as a judge on the U.S. Court of Appeals for the District of Columbia Circuit.

Kavanaugh sat, fingers intertwined, quietly staring ahead at the committee members as protesters in the audience screamed while being dragged out of the hearing room. He occasionally jotted notes on paper. 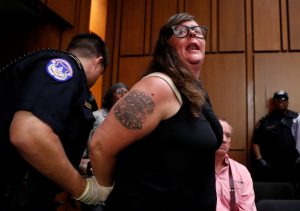 There is a long history of heated fights over U.S. Supreme Court nominations, with anger in both parties. But the Democratic frustrations that boiled over on Tuesday had been simmering for more than two years.

Republicans also last year reduced the margin for advancing Supreme Court nominations from 60 votes in the 100-seat Senate to a simple majority in order to force through the confirmation of Trump’s first high court nominee Neil Gorsuch.

The Senate is likely to vote on confirmation by the end of the month. The court begins its next term in October.

“A good judge must be an umpire – a neutral and impartial arbiter who favors no litigant or policy,” Kavanaugh said in written remarks released in advance of the hearing. “I don’t decide cases based on personal or policy preferences.”

The hearing gave Democrats a chance to make their case against Kavanaugh ahead of November’s congressional elections in which they are seeking to seize control of Congress from Republicans.

Liberals are concerned Kavanaugh could provide a decisive fifth vote on the nine-justice court to overturn or weaken the landmark 1973 Roe v. Wade ruling that legalized abortion nationwide. Kennedy was a solid conservative but sided with the court’s liberals on some issues, including abortion and gay rights.

Kavanaugh also is likely to be questioned by senators about his views on investigating sitting presidents and the ongoing probe by Special Counsel Robert Mueller into Russian meddling in the 2016 U.S. presidential election and possible collusion between Moscow and Trump’s 2016 campaign.

“I find it difficult to imagine that your views on this subject escaped the attention of President Trump, who seems increasingly fixated on his own ballooning legal jeopardy,” Democrat Senator Patrick Leahy said.