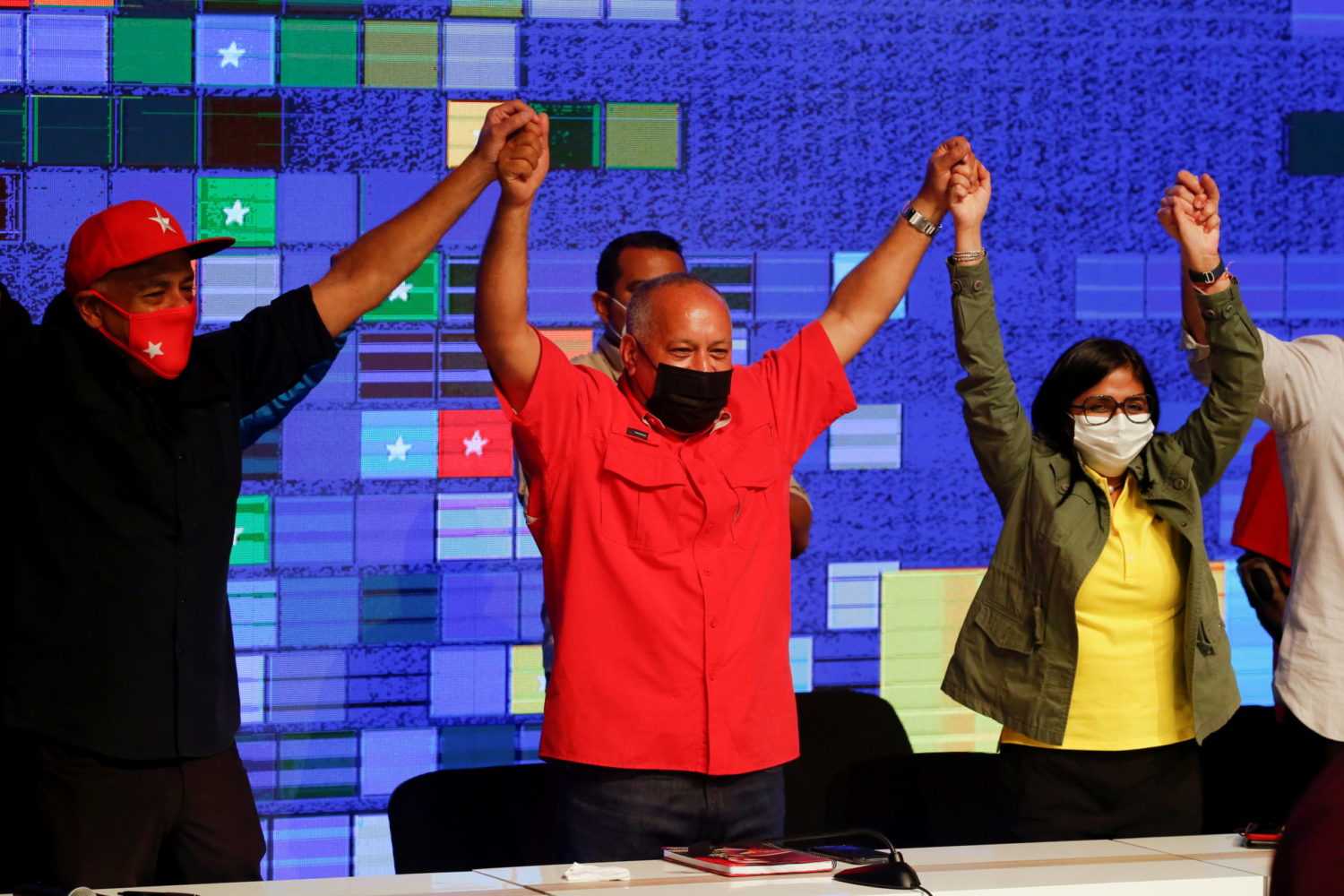 By Vivian Sequera and Deisy Buitrago

CARACAS (Reuters) -The United States, the European Union and more than a dozen Latin American countries said on Monday they would not recognize the results of a parliamentary election in Venezuela, which saw allies of President Nicolas Maduro win a majority.

Just 31% of 20 million eligible voters participated in Sunday’s election, the electoral council said early on Monday, less than half the turnout rate in the previous congressional elections in 2015. The opposition had boycotted the vote, calling it a farce meant to consolidate a dictatorship.

The results nonetheless return the congress to Maduro’s control, despite an economy in tatters, an aggressive U.S. sanctions program, and a mass migration exodus. An alliance of parties called the Great Patriotic Pole that backs Maduro won 68.9% of the votes cast, according to figures published on Monday.

“The United States, along with numerous other democracies around the world, condemns this charade which failed to meet any minimum standard of credibility,” U.S. Secretary of State Mike Pompeo said in a statement on Monday.

The EU’s top diplomat Josep Borrell said the election “failed to comply with the minimum international standards,” while a group of Latin American countries including Brazil and Colombia issued a statement saying the vote “lacks legality and legitimacy.”

Earlier in the year, the Supreme Court had put several opposition parties in the hands of politicians expelled from those same parties for alleged links to Maduro – one of the major reasons the opposition had called the vote a sham.

The elections council was also named without the opposition’s participation, and Maduro refused to allow meaningful electoral observation. Maduro allies have said the electoral conditions were the same as a 2015 parliamentary vote the opposition won, and the government paid no heed to foreign criticism.

“Venezuela already has a new National Assembly,” Maduro said early on Monday, in televised remarks that were muted in comparison with his frequent triumphalism. “A great victory, without a doubt.”

The opposition in 2015 won control of the National Assembly in a landslide, but the pro-Maduro Supreme Court blocked even the most basic legislation. In 2017, Maduro supplanted parliament with the creation of an all-powerful parallel body known as the National Constituent Assembly.

Opposition legislators nonetheless used the platform to denounce Maduro around the world for human rights abuses, corruption, and economic mismanagement, proving a constant thorn in the side of the Socialist Party.

Opposition leader Juan Guaido last year also used his role as speaker of the National Assembly to stake a claim to be Venezuela’s legitimate president, on the basis Maduro’s 2018 re-election was rigged, earning the recognition of more than 50 countries including the United States.

Pompeo said on Monday that Washington “will continue to recognize Interim President Guaidó and the legitimate National Assembly.”

Retaking control of the congress will give Maduro few meaningful tools to restart an economy where a monthly salary or pension is often less than the cost of a kilo of meat or a carton of eggs.

But even traditional allies such as Russia and China, typically the most likely to challenge U.S. sanctions, have shown scant interest in an oil industry hollowed out by years of decay and the emigration of its most talented professionals.

The opposition is calling on sympathizers to participate in a Dec. 12 consultation that will ask citizens whether they reject the results and want a change of government.