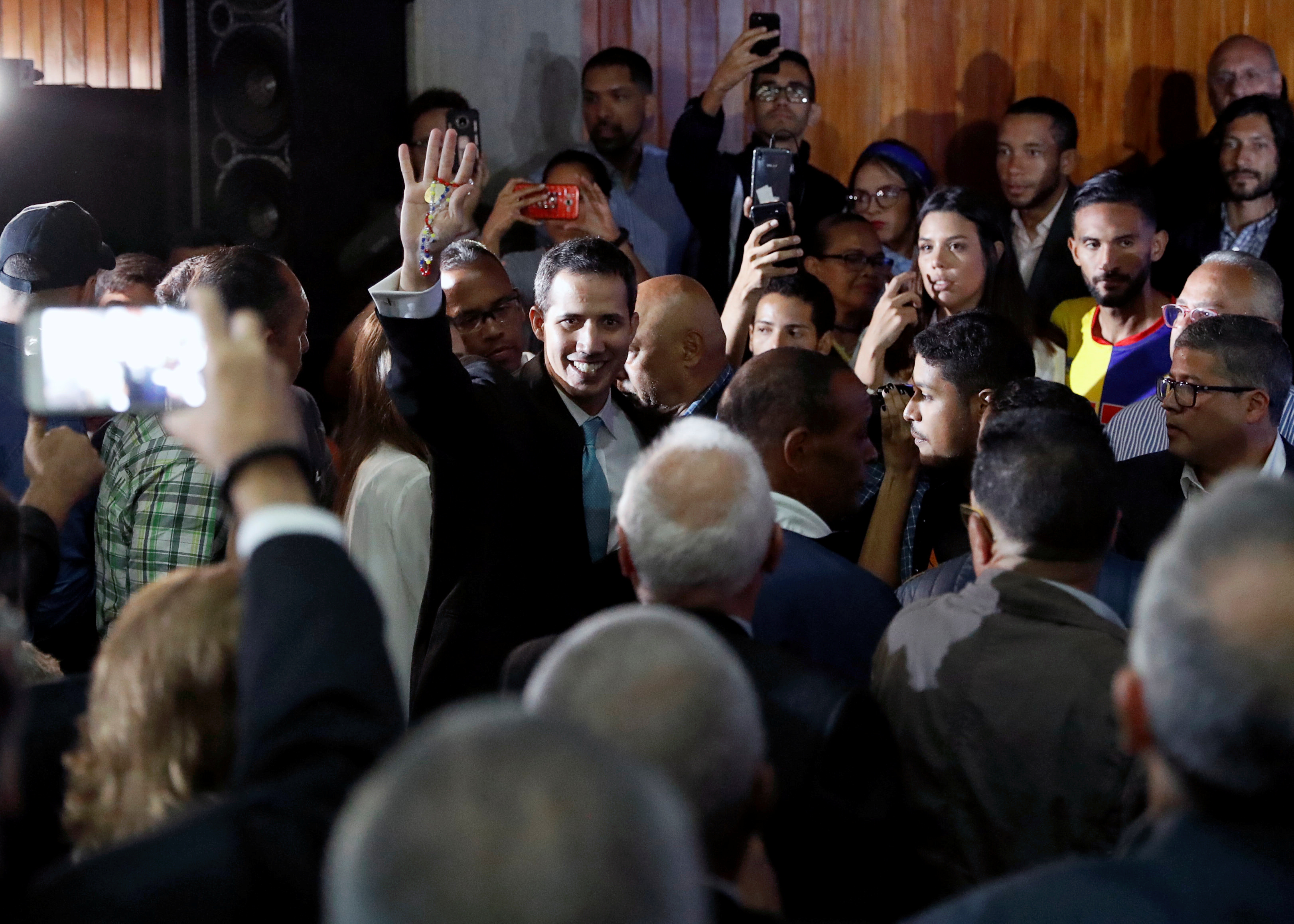 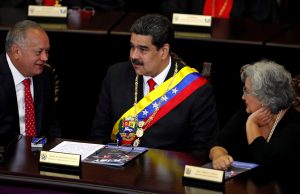 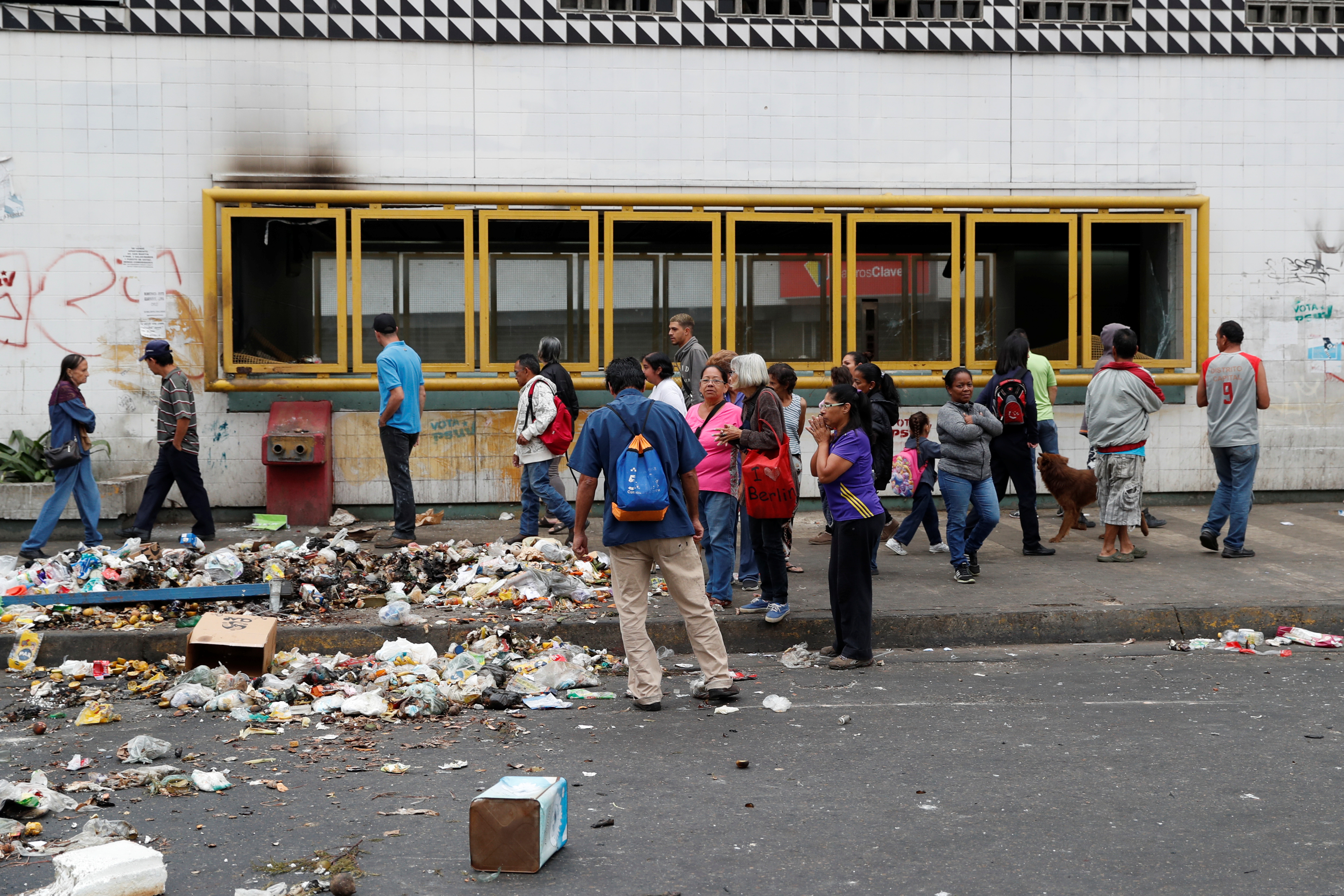 By Steve Holland and Brian Ellsworth

WASHINGTON/CARACAS (Reuters) – The United States is seeking to ensure that Venezuelan oil revenue goes to opposition leader Juan Guaido, who swore himself in as interim president, and to cut off money from the increasingly isolated President Nicolas Maduro, a top U.S. official said on Thursday.

Although short on details, the announcement signals that Washington is willing to go beyond traditional diplomatic measures and will seek to drain cash from Maduro’s government which is already struggling under an unprecedented economic meltdown.

Such a move would significantly strengthen the hand of Guaido, an opposition leader and head of congress who swore himself in as interim head of state on Wednesday with the support of Washington and nations around the region.

“What we’re focusing on today is disconnecting the illegitimate Maduro regime from the sources of his revenues,” national security advisor John Bolton told reporters at the White House.

“We think consistent with our recognition of Juan Guaido as the constitutional interim president of Venezuela that those revenues should go to the legitimate government.”

Bolton added that the process was “very complicated” and that officials were still studying how this would function.

Venezuela’s information ministry did not immediately reply to a request for comment on the issue. Guaido did not respond to a message seeking comment. 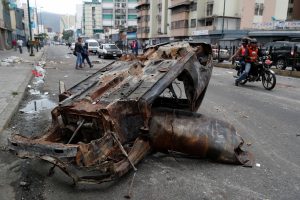 People walk close to a destroyed car in a street, after a protest in Caracas, Venezuela January 24, 2019. REUTERS/Carlos Garcia Rawlins

Guaido declared himself interim president on Wednesday with the blessing of the Trump administration and conservative governments in Latin America. That prompted Maduro, Venezuela’s leader since 2013, to break relations with the United States.

Guaido’s swearing-in was the opposition’s boldest challenge yet to the long-ruling Socialist Party and has given Maduro’s adversaries an unprecedented diplomatic platform to press for change in a nation dogged by hyperinflation, rising malnutrition and political conflict.

But Guaido now leads what amounts to a shadow government disavowed by the armed forces and with no influence over day-to-day administration such as importing and distributing food and medicine to a crisis-stricken population.

The 35-year-old industrial engineer who has been catapulted almost overnight to national leader spoke on Thursday by telephone with supportive heads of state from around the world.

“I just received a phone call from (Spain’s Prime Minister) Pedro Sanchez and was able to describe the struggle we are leading together with all of Venezuela, to achieve a transition government and hold free elections,” Guaido wrote via Twitter.

His ascent was greeted with excitement by investors holding Venezuela and state oil company PDVSA bonds, which hit their highest level since 2017 despite being almost entirely in default amid the country’s ongoing economic crisis.

Oil revenues are crucial to the already crumbling Venezuelan economy and routing that money away from Maduro as the United State seeks to do would be a serious blow.

Venezuela on average, exported about 500,000 barrels of crude a day to the United States in 2018, according to U.S. Energy Department data.

Shipments to the United States account for about 75 percent of the cash Venezuela gets for crude shipments, according to a Barclays research note published last week.

WHO IS LEGITIMATE PRESIDENT?

Guaido took the helm of the National Assembly on Jan. 5 with a call for the armed forces to recognize Maduro as a “usurper” after his May 2018 re-election, widely viewed as fraudulent.

Backing for him has come principally from the Western hemisphere. Venezuelan allies including Russia and Turkey – both important commercial partners – criticized Guaido’s rise as a sign of U.S. interference.

“The Russian president has expressed support to the legal Venezuela’s authorities amid a flareup in the internal political crisis, provoked from the outside,” the Kremlin said in statement.

The European Union, which has imposed sanctions on Maduro’s government, noted that Venezuelans had “massively called for democracy and the possibility to freely determine their own destiny,” but stopped short of recognizing Guaido.

Maduro, in a rambling speech, dismissed Guaido’s inauguration and said he himself remained the country’s legitimate leader.

He has relied extensively on the military to maintain power amid annual inflation of nearly 2 million percent and an exodus of Venezuelan refugees into neighboring countries.

Guaido has said Maduro’s Jan. 10 inauguration to a second six-year term amounted to a usurpation of power, as the domestic opposition and numerous foreign governments regard his 2018 re-election as illegitimate. He cruised to victory over a lesser-known opponent amid low turnout and claims of fraud.

The vote was boycotted by Venezuela’s main opposition parties. They pointed out that Maduro’s two most popular rivals were banned from running, that the elections authority heavily favored him, and that the Socialist Party’s aggressive campaigning often bordered on vote-buying.

Guaido and allies argue that the presidency is vacant as a result, and note that the constitution calls for the head of congress to assume the interim presidency in such a situation.

That still leaves Guaido struggling against a state unwilling to recognize him and security forces that could jail him, as they did his mentor Leopoldo Lopez – who is under house arrest for leading anti-Maduro protests in 2014.

“While it’s true that Guaido has been recognized internationally, the real power of the state is still in the hands of Nicolas Maduro,” said Ronal Rodriguez, a political science and Venezuela expert at Rosario University in Bogota.

Protesters clashed with security forces on Wednesday night around the country and in both affluent and working class areas of Caracas, with some demonstrations spilling over into looting of nearby liquor stores and fast-food restaurants.

A total of 14 people have been killed in violence linked to this week’s protests, according to local rights groups Provea and the Venezuelan Observatory of Social Conflict.

While the majority of OAS member countries – including Canada, Brazil, Peru, Chile, Colombia and Argentina – have recognized Guaido, others including Mexico, El Salvador and Nicaragua have said they will stay neutral or continue to support Maduro. 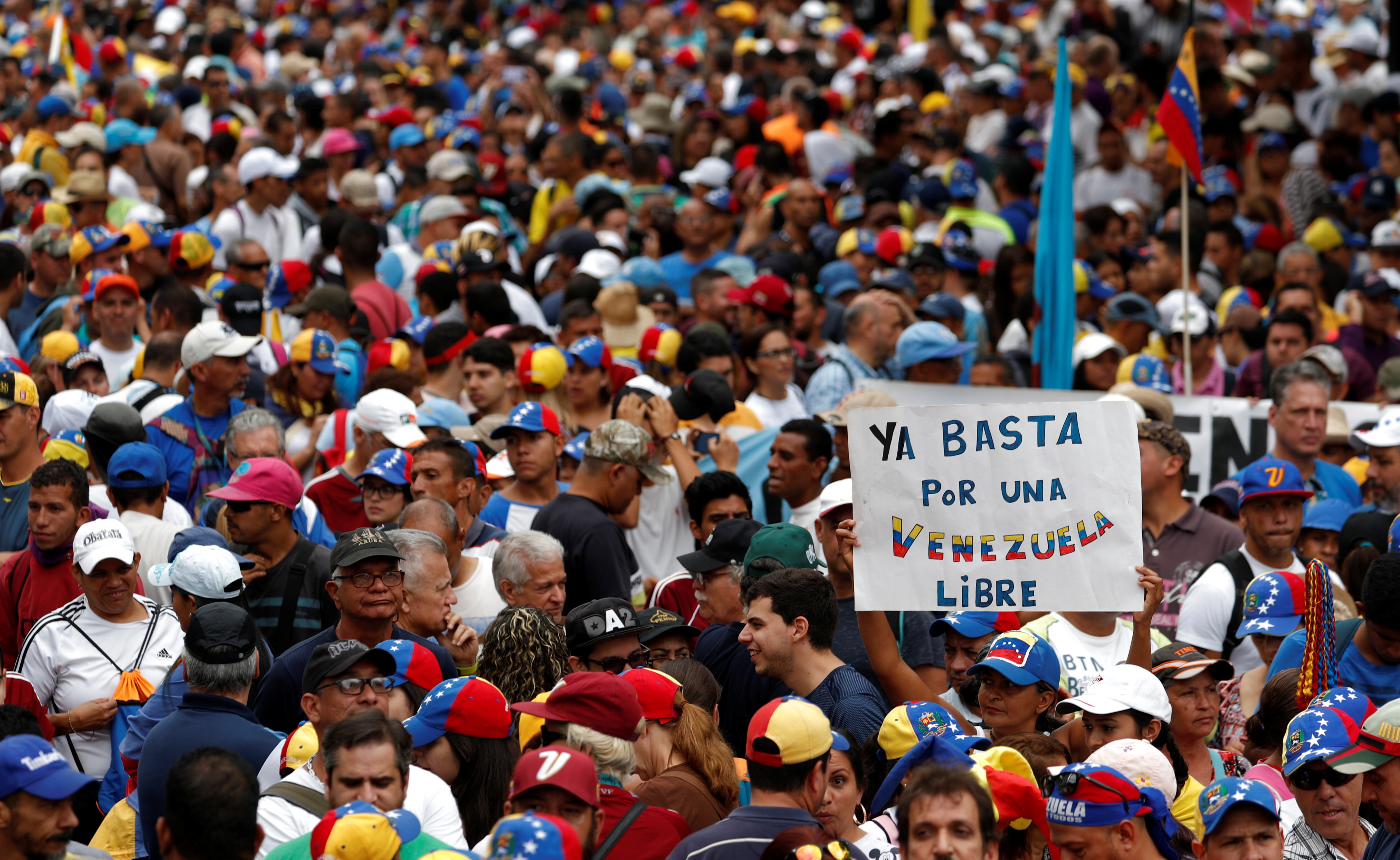 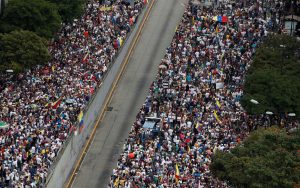