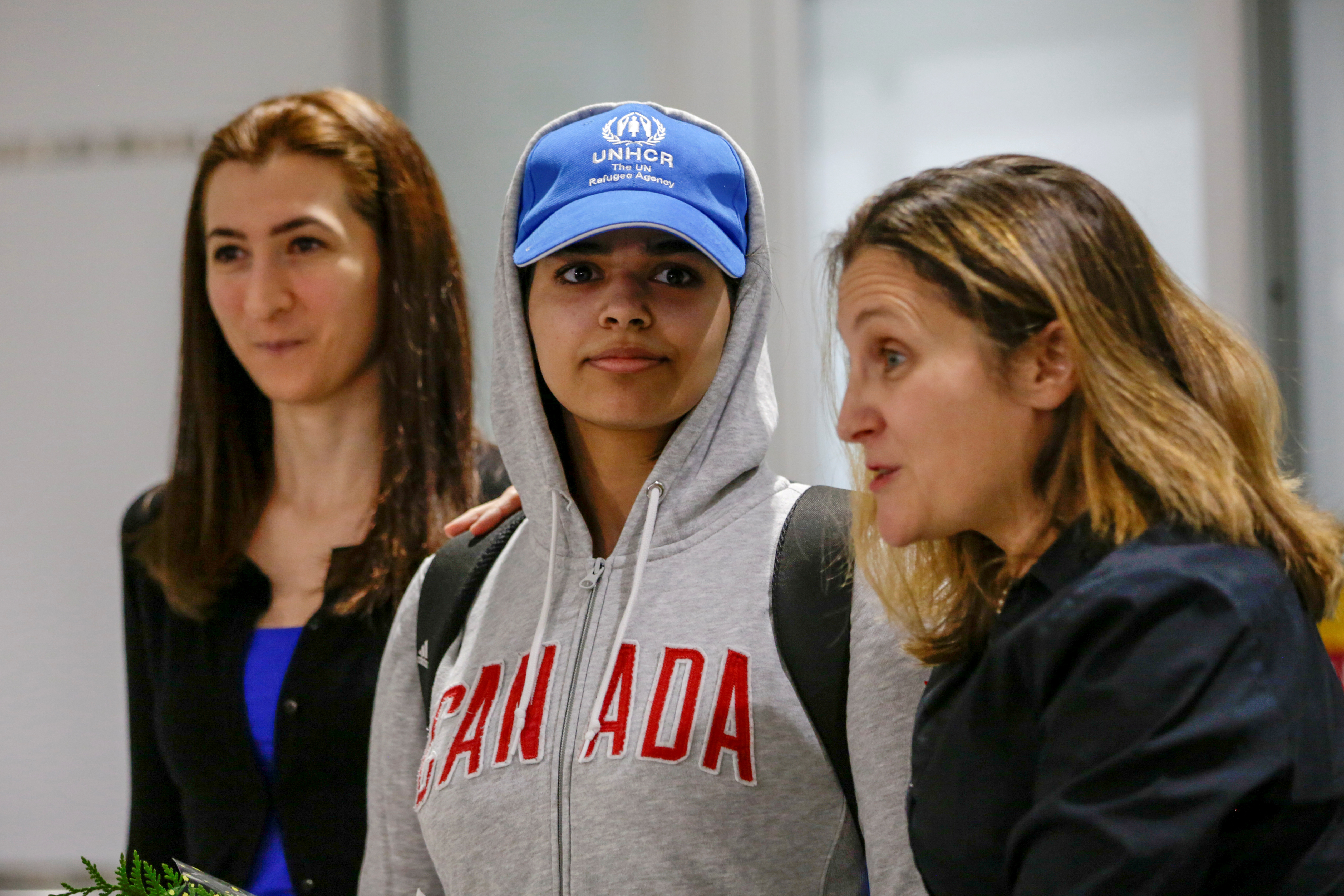 RIYADH (Reuters) – An organization backed by Saudi Arabia accused several foreign countries of inciting young women to reject their families, the first public comments from Riyadh since a woman claiming domestic abuse was granted asylum in Canada over the weekend.

The National Society for Human Rights (NSHR) did not name 18-year-old Rahaf Mohammed al-Qunun, who grabbed international attention after barricading herself in a Bangkok airport hotel room and appealing for help on Twitter to resist being sent back to her family, which denies any abuse.

But in a statement late on Sunday NSHR head Mufleh al-Qahtani accused unspecified countries and international organizations of pursuing political agendas and “pushing (women) ultimately to be lost and maybe to fall into the arms of brokers and human traffickers”.

While NSHR says it is independent, the U.S. State Department describes it as “government-funded”.

Riyadh’s human rights record has been in the spotlight since the murder of Saudi journalist Jamal Khashoggi at its Istanbul consulate in October. There has also been growing international criticism of the Saudi-led coalition’s airstrikes in Yemen that have caused heavy civilian casualties including children.

U.S. Secretary of State Mike Pompeo, in Riyadh on Monday, said he spoke with Saudi leaders about Yemen, Khashoggi and other human rights issues.

NSHR “was surprised by some countries’ incitement of some Saudi female delinquents to rebel against the values of their families and push them out of the country and seek to receive them under the pretext of granting them asylum,” Qahtani said.

He did not name Canada or Australia, which also considered offering Qunun asylum, or the United Nations High Commissioner for Refugees (UNHCR), which granted her refugee status.

Qunun arrived in Toronto on Saturday, wearing a hoodie emblazoned with the word Canada, and a cap bearing the UNHCR logo. Canadian Foreign Minister Chrystia Freeland welcomed her at the airport, calling her “a very brave new Canadian.”

The case has also drawn attention to Saudi Arabia’s guardianship system, which requires women to have the permission of a male relative to travel, sometimes trapping them as prisoners of abusive families.

Qahtani said Saudi laws forbid mistreatment and allow women to report it, but international rights groups say in practice many Saudi women fear that going to the police would only further endanger their lives.