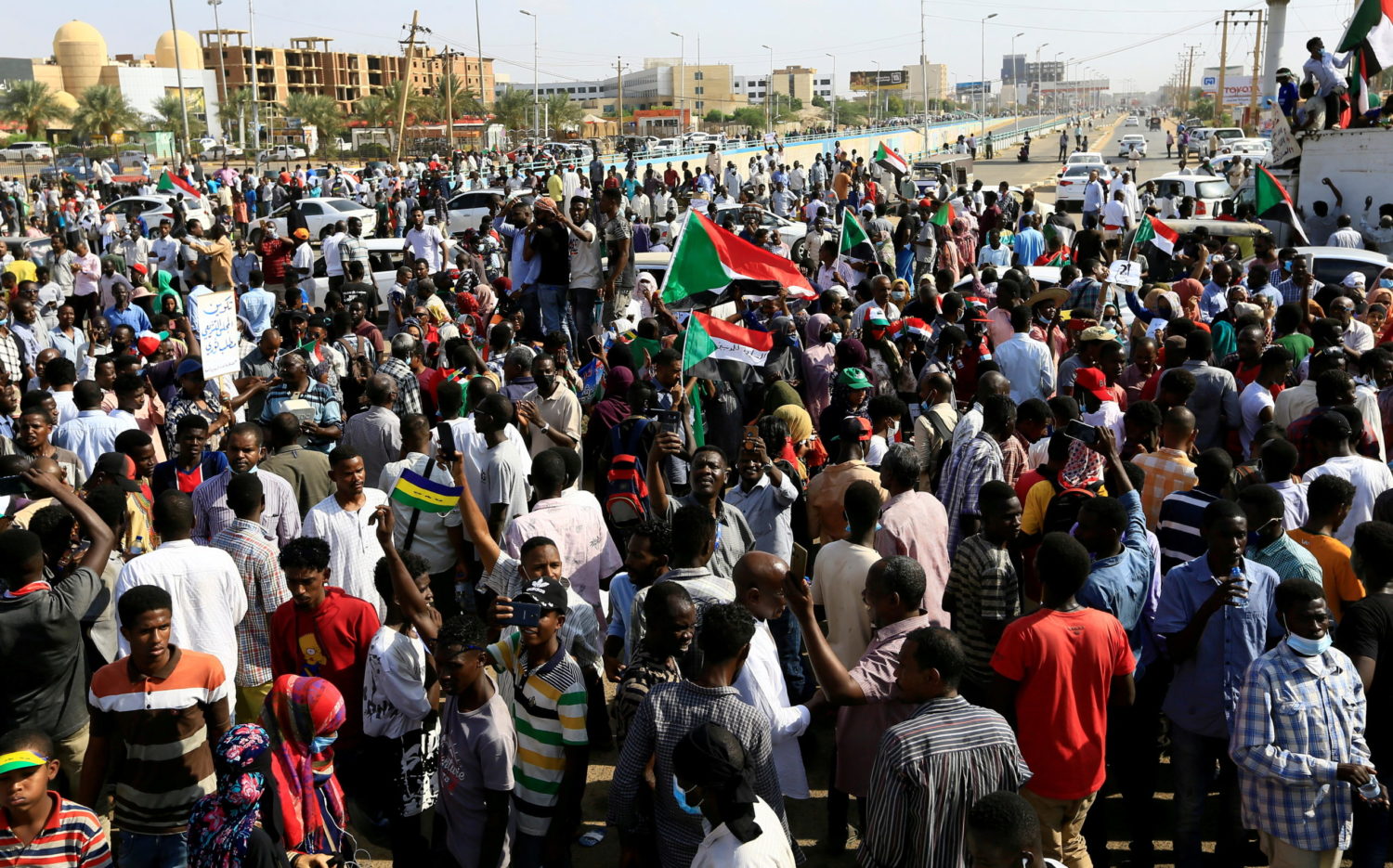 KHARTOUM (Reuters) – Sudan was unable to access $650 million in international funding in November when assistance was paused after a coup, the finance minister of the dissolved government said – a freeze that puts in doubt basic import payments and the fate of economic reforms.

The financing included $500 million in budget support from the World Bank and $150 million in special drawing rights from the International Monetary Fund, said Jibril Ibrahim, who was appointed to a civilian transitional government in February.

Foreign funding was seen as crucial in helping Sudan emerge from decades of isolation and supporting a transition towards democracy that began with the 2019 overthrow of Omar al-Bashir.

The Oct. 25 coup upended that transition. The United States has put on hold $700 million in economic assistance since the coup and the World Bank, which had promised $2 billion in grants, has paused disbursements.

After mass protests, the military on Nov. 21 announced a deal to reinstate Prime Minister Abdalla Hamdok. He is tasked with forming a government of technocrats but faces political opposition to the deal.

“Sudan had tremendous international support. Now donors will be much more cautious,” said one former official from the dissolved government.

The onus will now be on the military and the government to show they are not returning to the very Bashir-era model that was being restructured and reformed, the former official said.

The U.S. Treasury declined to comment. The IMF, which approved a $2.5 billion, 39-month loan program in June that is subject to periodic review, said it continued to “closely monitor developments”.

Before the coup the inflation rate, one of the highest in the world, had begun to fall, and the exchange rate had stabilized following a sharp devaluation in February.

Western diplomats and bankers say those reforms are now at risk and it is unclear how Sudan can fund imports without printing banknotes, a policy that fueled a long-running economic crisis but stopped during the transition.

Around the time of the coup, Sudan had enough reserves to cover just two months of strategic imports, a second former official said.

Ibrahim, a former rebel leader who secured his ministerial role through a peace deal and expects to retain it, said he hoped international support would return gradually over the next three to six months and that meanwhile bills could be paid and reforms would continue.

“Basically we depend on tax, customs and gold revenues and on different (state) companies working in various fields,” Ibrahim said in an interview at the Finance Ministry in Khartoum. For imported basic goods, such as flour, fuel and medicine, “we cannot cover it completely, but the majority of the strategic commodities we can cover with our exports,” he said.

The government had begun to reduce its trade deficit through tax and customs reforms, but those revenues were interrupted by a blockade by a tribal group at Port Sudan before the coup. A further blockade has been threatened.

Ibrahim said the main impact of the freeze in international support would be on development projects covering areas including water supply, electricity, agriculture, health and transport. An internationally funded basic income program to lessen the impact of subsidy reform has also been frozen.

Sudan’s 2022 budget was being planned with no allowance for international assistance, Ibrahim said, but with a target of sticking to a 1.5% deficit limit defined under an IMF financing program. Projected growth for 2022 could fall from 3% to 1.5-2%, he said.

Ibrahim said Sudan would seek investment rather than grants from wealthy Gulf Arab states that now face their own economic challenges.

“Up till now there have not been any big promises of support from any country, Arab or non-Arab, but contacts with all friendly states continue,” he said.