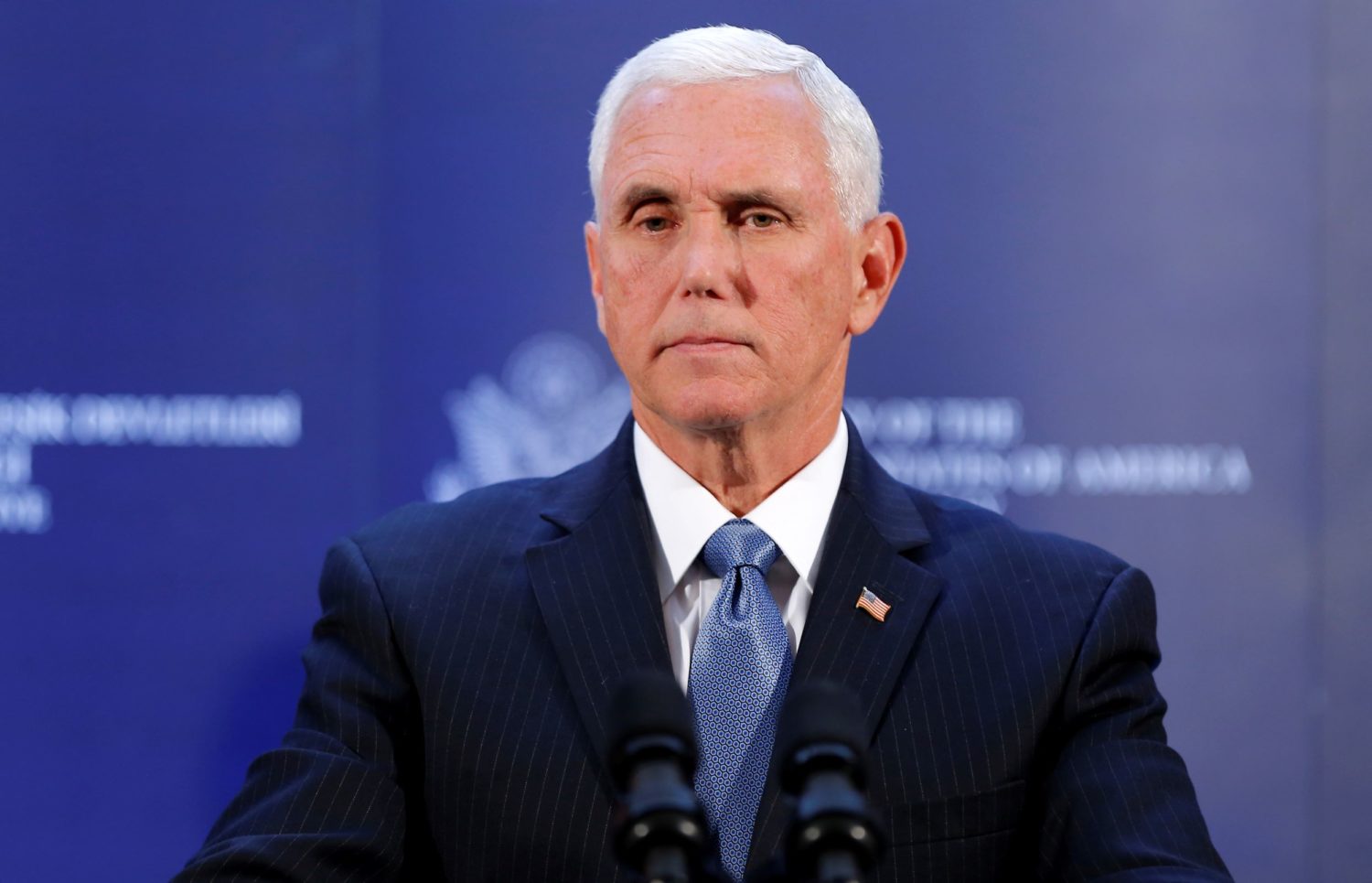 Pence tells Hong Kong protesters in China speech: ‘We stand with you’
By Alexandra Alper

WASHINGTON (Reuters) – Vice President Mike Pence on Thursday accused China of curtailing “rights and liberties” in Hong Kong in a wide-ranging critique of Beijing’s behavior but also insisted that the United States does not seek confrontation or to “de-couple” from its main economic rival.

Pence delivered a major policy address on China just ahead of a new round of talks aimed at resolving a bitter trade war between the world’s two biggest economies.

“No longer will America and its leaders hope that economic engagement alone will transform Communist China’s authoritarian state into a free and open society that respects private property, the rule of law, and the international rules of commerce,” he said.

Pence took China to task over its handling of pro-democracy protests that have rocked Hong Kong for more than four months. President Donald Trump has warned previously that it would be harder for Washington to make a trade deal with Beijing if there were violence in the former British colony.

“Hong Kong is a living example of what can happen when China embraces liberty,” he said. “And yet, for the last few years, Beijing has increased its interventions in Hong Kong and engaged in actions that curtail the rights and liberties that Hong Kong’s people were guaranteed through a binding international agreement.”

He said the United States stands with the protesters in Hong Kong.

“We stand with you, we are inspired by you. We urge you to stay on the path of non-violent protest,” Pence said.

U.S. lawmakers are pushing legislation that would put Hong Kong’s special status under tighter scrutiny, which would anger Beijing.

The closely watched speech to a Washington think tank comes ahead of a new round of talks between Treasury Secretary Steven Mnuchin and his counterparts on Friday and was being seen as a gauge of how tough the Trump administration is prepared to get with China on a wide range of issues.

Pence, who has often struck a hawkish tone on China, spoke just weeks before Trump is due to attend a summit in Chile where he has said he hopes to close a “phase one” trade deal with Chinese President Xi Jinping.

Fears of antagonizing Beijing prompted the White House in June to postpone the speech ahead of a meeting between the leaders aimed at getting trade talks back on track.

Pence said that United States is “not seeking to contain China’s development” “We want a constructive relationship with China’s leaders,” he said, calling on China to “seize this unique moment in history to start anew by ending the trade practices that have taken advantage of the American people for far too long.”

Pence on Thursday sharply criticized China for its treatment of Muslim Uighurs in the Xinjiang region.

Earlier this month, the United States imposed visa restrictions on Chinese government and Communist Party officials it believes responsible for the detention or abuse of Muslim minorities in Xinjiang.

U.S. authorities this month also included Chinese video surveillance firm Hikvision on a trade blacklist for its alleged role in the Uighur crackdown.

Pence sharply criticized the basketball association for how it has handled the controversy.

“In siding with the Chinese Communist Party and silencing free speech, the NBA is acting like a wholly owned subsidiary of the authoritarian regime,” Pence said.

That spat played out amid unexpected progress in U.S.-China trade talks to end a 15-month trade war that has roiled markets and damaged global growth. The United States launched the trade war over allegations of unfair trading practices such as theft of U.S. intellectual property and generous industrial subsidies at the expense of foreign competitors.