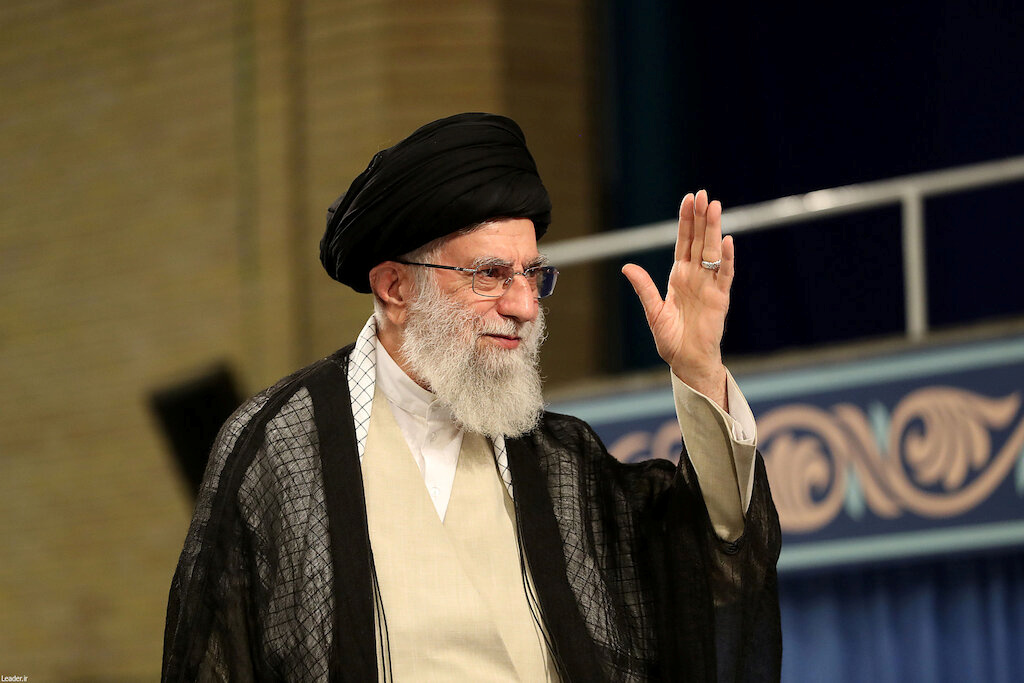 DUBAI (Reuters) – Iran’s supreme leader upped the ante in a volatile stand-off with the United States on Tuesday, warning Tehran would continue removing restraints on its nuclear program and retaliate for the seizure of an Iranian oil tanker.

Tensions have spiked since U.S. President Donald Trump last year abandoned world powers’ 2015 nuclear deal with Iran under which it agreed to curtail its enrichment of uranium in return for the lifting of global sanctions crippling its economy.

European parties to the pact decided on Monday not to trigger the deal’s dispute mechanism in favor of pursuing more talks and avert any U.S.-Iranian military conflict, but took no action to shield Iran against a sanctions clampdown by Trump.

“We have started to reduce our commitments and this trend shall continue,” Khamenei said in remarks carried by state television.

He has previously upbraided European powers for not standing up to Trump and circumventing his sanctions noose. Russia and China are also parties to the accord.

But it was the first time Khamenei explicitly pledged to press ahead with breaches of the nuclear deal, spurning European appeals to Iran to restore limits on enrichment aimed at obviating any dash to developing atomic bombs.

“So far, efforts to win gestures from Iran to de-escalate the crisis are not succeeding (as) Tehran is demanding the lifting of sanctions on its oil and banking sectors first,” a European diplomatic source told Reuters.&nbsp;

Iran has long denied any intent to acquire nuclear weapons and has said all its breaches could be reversed if Washington returned to the deal and its economic dividends were realized. Tehran has accused Washington of waging “economic war”.

“Western governments’ major vice is their arrogance,” Khamenei said. “If the country opposing them is a weak one, their arrogance works. But if it’s a country that knows and stands up against them, they will be defeated.”

IAEA inspectors last week confirmed Iran is now enriching uranium to 4.5% fissile purity, above the 3.67% limit set by its deal, the second breach in as many weeks after Tehran exceeded limits on its stock of low-enriched uranium.

The level at which Iran is now refining uranium is still well below the 20% purity of enrichment Iran reached before the deal, and the 90% needed to yield bomb-grade nuclear fuel. Low-enriched uranium provides fuel for civilian power plants.

European Union foreign ministers, in a meeting on Monday, deemed Iran’s violations not to be “significant”, drawing Israeli accusations of appeasement recalling failed diplomacy with Nazi Germany in the run-up to World War Two.

British Foreign Secretary Jeremy Hunt said on Monday Iran remained “a good year away from developing a nuclear bomb”, adding there was still a “small window to keep the deal alive.”

The Europeans are trying to set up Instex, a barter-based trade conduit with Iran but it would initially deal only in items not subject to U.S. sanctions — such as pharmaceuticals and foods. Iran has said Instex must include oil sales or provide substantial credit facilities for it to be beneficial.

Khamenei also said Iran would respond to Britain’s “piracy” over the seizure in early July of an Iranian oil tanker in Gibraltar.

“Evil Britain commits piracy and steals our ship … and gives it a legal appearance. The Islamic Republic…will not leave this wickedness unanswered and will respond to it at an appropriate time and place,” he said.

Iran has called on Britain to immediately release the vessel, which was detained by British Royal Marines on the suspicion that it was breaking European sanctions by taking oil to Tehran’s close ally Syria.

Washington says it is applying “maximum pressure” on Iran to agree stricter limits on its nuclear capacity, curb its ballistic missile program and end support for proxy forces in a Middle East power struggle with U.S.-backed Gulf Arabs.

Fears of direct U.S.-Iranian conflict have risen since May with several attacks on oil tankers in the Gulf, Iran’s downing of a U.S. surveillance drone, and a plan for U.S. airstrikes on Iran last month that Trump aborted at the last minute.

In what loomed as another obstacle to trouble-shooting diplomacy, Iran confirmed on Tuesday it had detained French-Iranian scholar Fariba Adelkhah but declined to elaborate, a day after Paris demanded information on her case.

Rights activists have accused Iran of arresting a number of dual nationals to try and extract concessions from the West – a charge the Islamic Republic has repeatedly dismissed.

Iran’s rial currency appears to have stabilized despite the brewing confrontation with the United States, gaining about 13% since early May after a 60% plunge last year.

Analysts said that not only was Iran’s forex market growing used to the tensions but the central bank had propped up the rial through injections of hard cash and steps to ensure the return of dollars earned from exports.