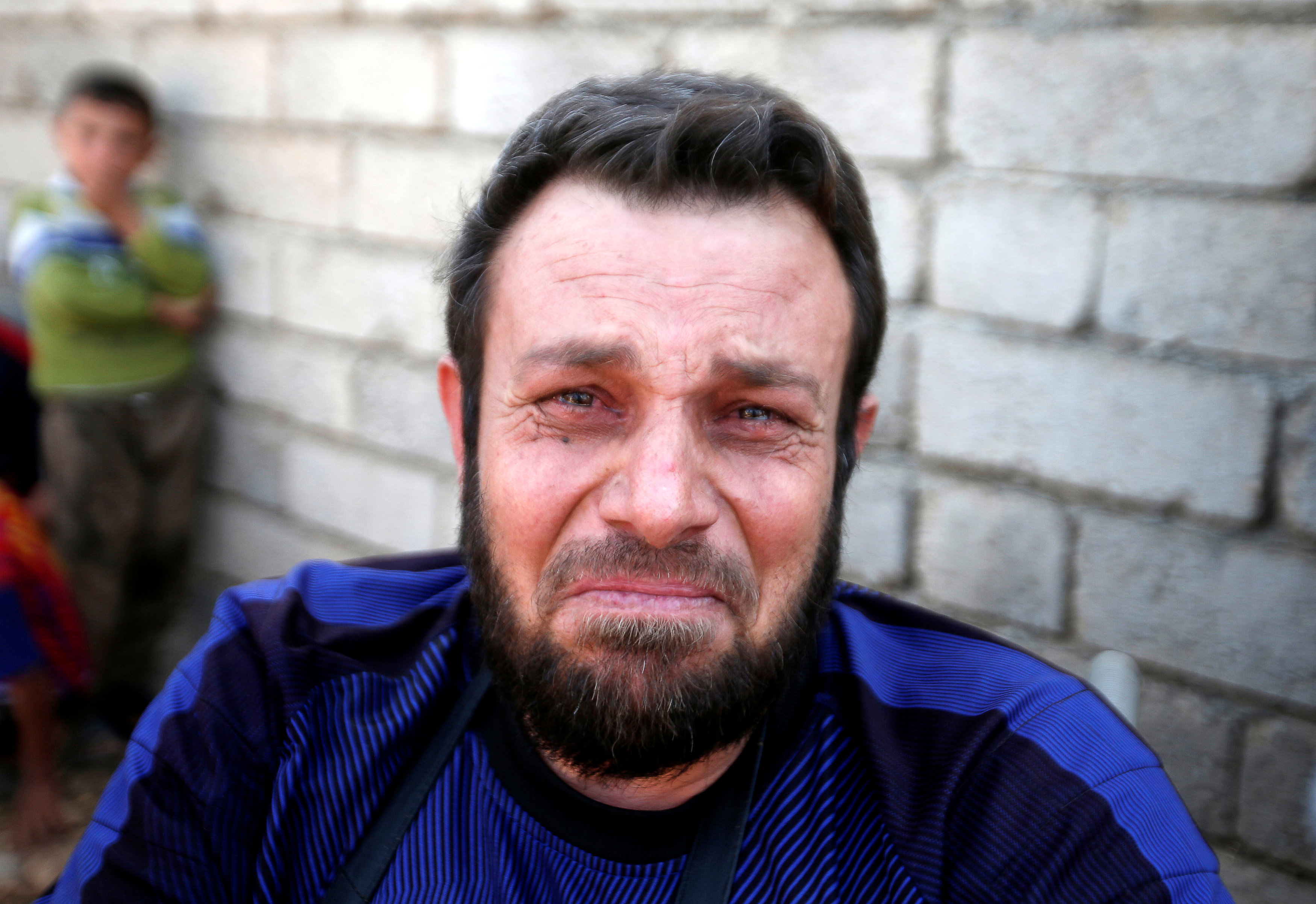 BASHIQA, Iraq (Reuters) – Abbas Ali wept as his wife slowly pushed him in his wheelchair out of their village in northern Iraq, a risky escape along a route where Islamic State snipers three days earlier had shot dead a couple seeking freedom from their rule.

Flanked by their four children, they looked behind them to see if any jihadists were still around to carry out their threats of shooting anyone who tried to flee Islamic State’s self-proclaimed caliphate.

Kurdish peshmerga fighters stood on a berm, watching closely for any signs of suicide bombers, who sometimes pose as civilians. Two men behind them lifted their shirts to show they were not strapped with explosives.

“A nearby village held by Daesh was attacked. We heard the five remaining Daesh members in our village went to help their comrades there,” said Ali as he was pushed along to a base held by Kurds that is often attacked at night by militants. 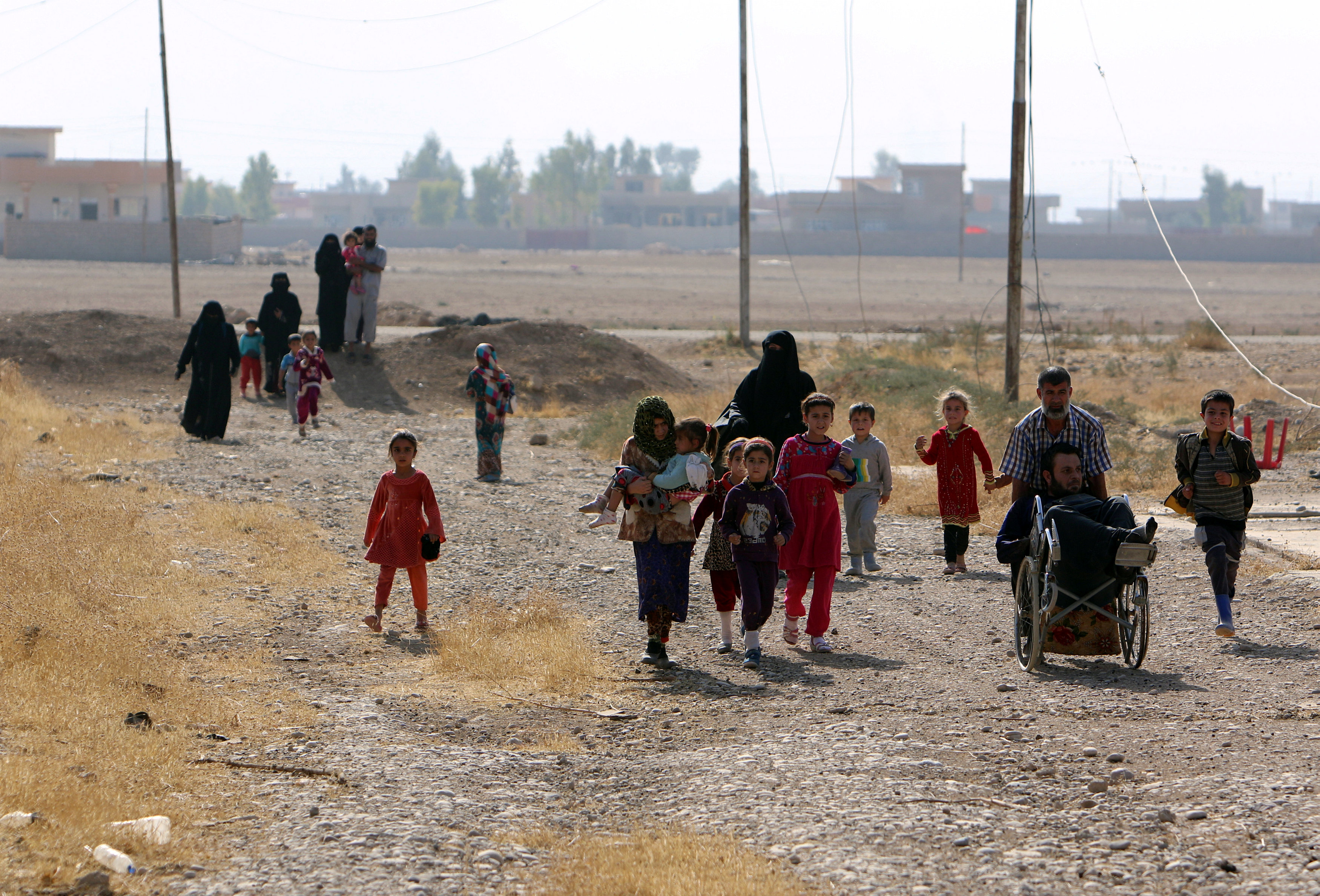 Daesh is the Arabic acronym used by opponents of Islamic State to describe the group. The hardline militants seized the northern city of Mosul two years ago, declared a caliphate and then grabbed villages like the one where Ali once worked as a trader.

Iraqi military forces and the peshmerga fighters have seized dozens of villages as part of an offensive launched on Oct. 17 to clear Islamic State militants out of Mosul, their biggest stronghold.

People who live in the IS-occupied villages have been encouraged by those advances, which are backed by U.S.-led coalition airstrikes.

Still, they face a difficult decision — do they risk death to take advantage of Iraqi forces momentum, or do they stay put?

The Sunni group has spread fear in towns and villages they control with a clear warning. Anyone who tries to escape will be shot dead. Another villager who escaped said someone who was caught was whipped 95 times.

“They get word around,” Ali said. “But we could not take it anymore. Life was so difficult.”

The peshmerga will take the refugees to tented camps that have been set up by Iraqi authorities to deal with an expected flood of people fleeing from Islamic State’s harsh rule.

As Ali began to weep again, his wife Bushra, covered from head to toe in black as required by Islamic State, poured water on his head, the only comfort in a dusty desert area not far from another hamlet where 120 jihadists are in control.

“May God show Daesh no mercy.” 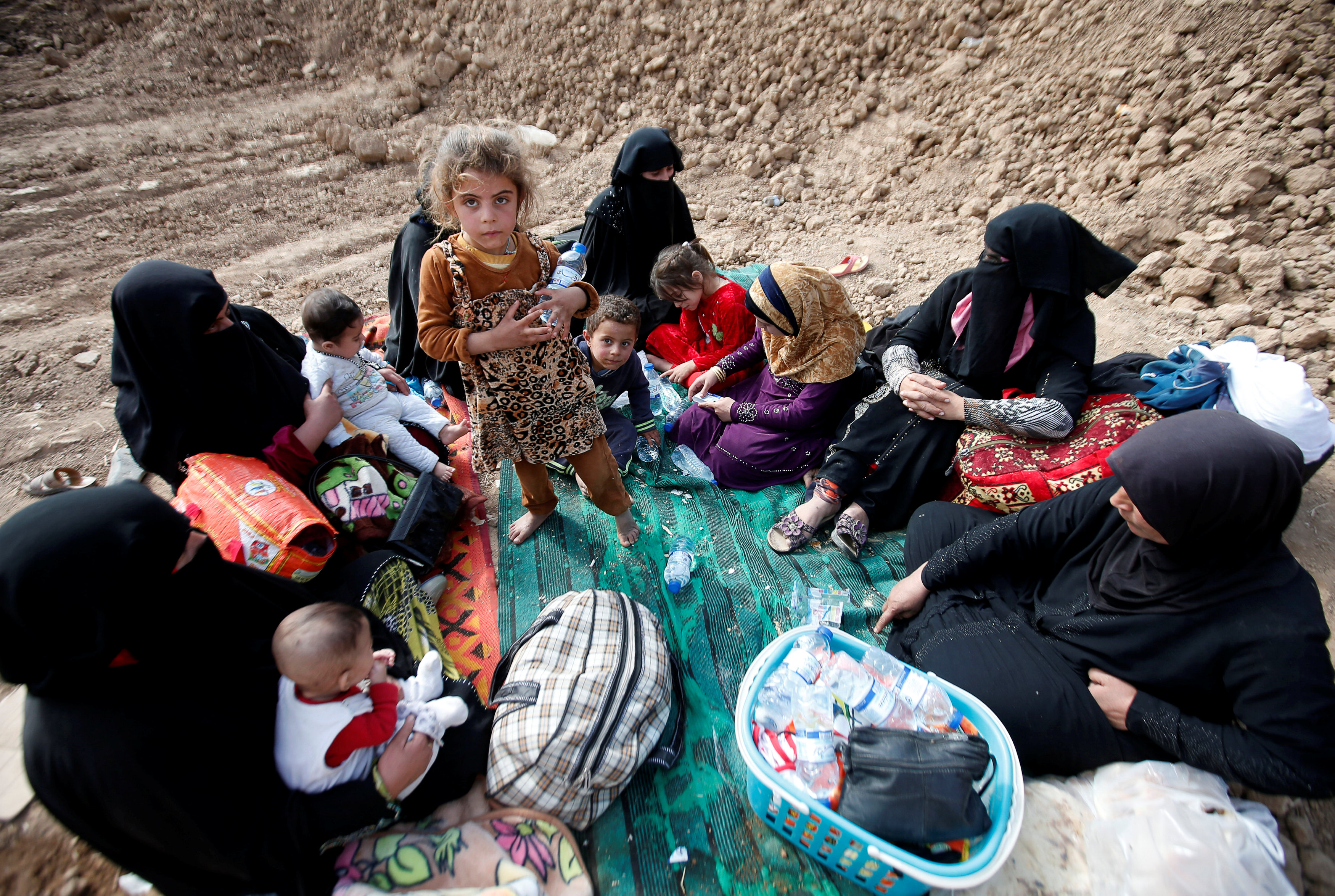 Iraqi women and children sit near the berm after escaping from the Islamic State-controlled village of Abu Jarboa, Iraq October 31, 2016. REUTERS/Azad Lashkari

Crouching down on a wall near her were relatives, young men with beards of the length required by Islamic State. Militants micro-managed every aspect of life with brutality, from facial hair to schools.

“We have to make sure they are not Daesh,” he said.

“I am smoking for the first time in so long,” said one of the men smiling, recalling how cigarettes were banned under jihadist rule. A violation meant 50 public whippings.

Among those being questioned was Omar, who happened to be visiting relatives in Ali’s village, Abou Jarbouh, the day Islamic State seized it.

A resident of the Kurdish regional capital of Erbil, he lost contact with relatives and friends and still has no idea what happened to his carpentry business.

“Using a cell phone could be instant death,” said Omar, holding a notebook with financial records of his Erbil shop.

People who were able to run a business under Islamic State rule could only do so by paying them a cut, according to villager Kassim Hassan. He was an unemployed labourer who depended on his wife’s small sewing business to survive.

“We had to pay Daesh every month. We had no choice,” he said.