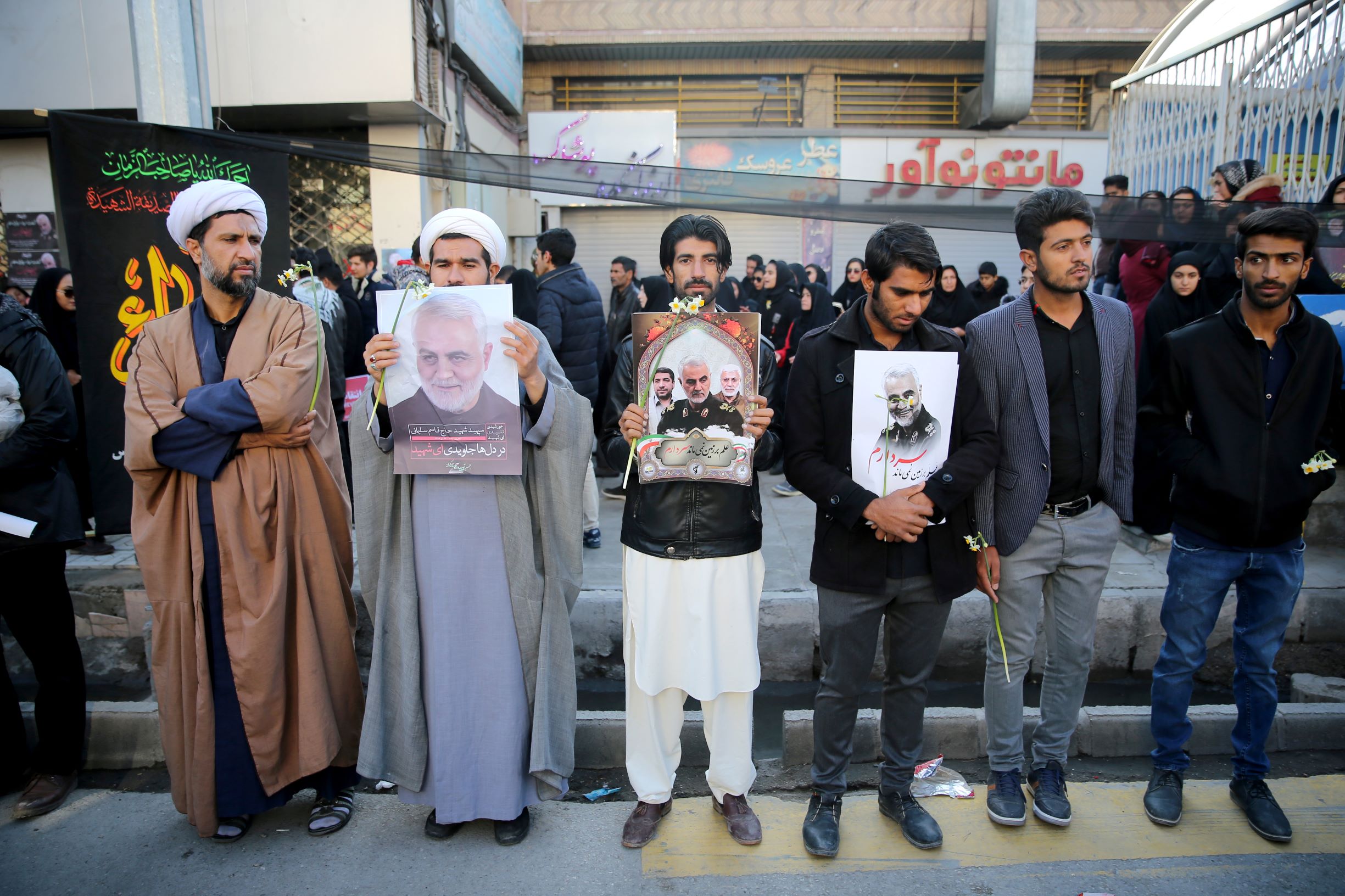 By Ahmed Aboulenein and Phil Stewart

BAGHDAD/WASHINGTON (Reuters) – Iran fired rockets early on Wednesday at Iraq’s al Asad airbase, which hosts U.S. forces, hours after the funeral of an Iranian commander whose killing in a U.S. drone strike has raised fears of a wider war in the Middle East.

It was not immediately clear what the extent of damage or casualties was at the base.

U.S. President Donald Trump has been briefed on reports of an attack on U.S. facilities in Iraq and was monitoring the situation, White House spokeswoman Stephanie Grisham said.

“We are aware of the reports of attacks on U.S. facilities in Iraq. The president has been briefed and is monitoring the situation closely and consulting with his national security team,” Grisham said in a statement.

Earlier on Tuesday, U.S. Defense Secretary Mark Esper said the United States should anticipate retaliation from Iran over the killing in Iraq of Soleimani, commander of the elite Quds Force.

“I think we should expect that they will retaliate in some way, shape or form,” Esper told a news briefing at the Pentagon, adding that such retaliation could be through Iran-backed proxy groups outside of Iran or “by their own hand.”

“We’re prepared for any contingency. And then we will respond appropriately to whatever they do.”

(Reporting by Ahmed Aboulenein in Baghdad, Parisa Hafezi and Babak Dehghanpisheh in Dubai, Phil Stewart in Washington, Michelle Nichols at the United Nations, Steve Scherer in Ottawa and Robin Emmott in Brussels; Writing by Mark Heinrich and Sonya Hepinstall; Editing by Peter Cooney)