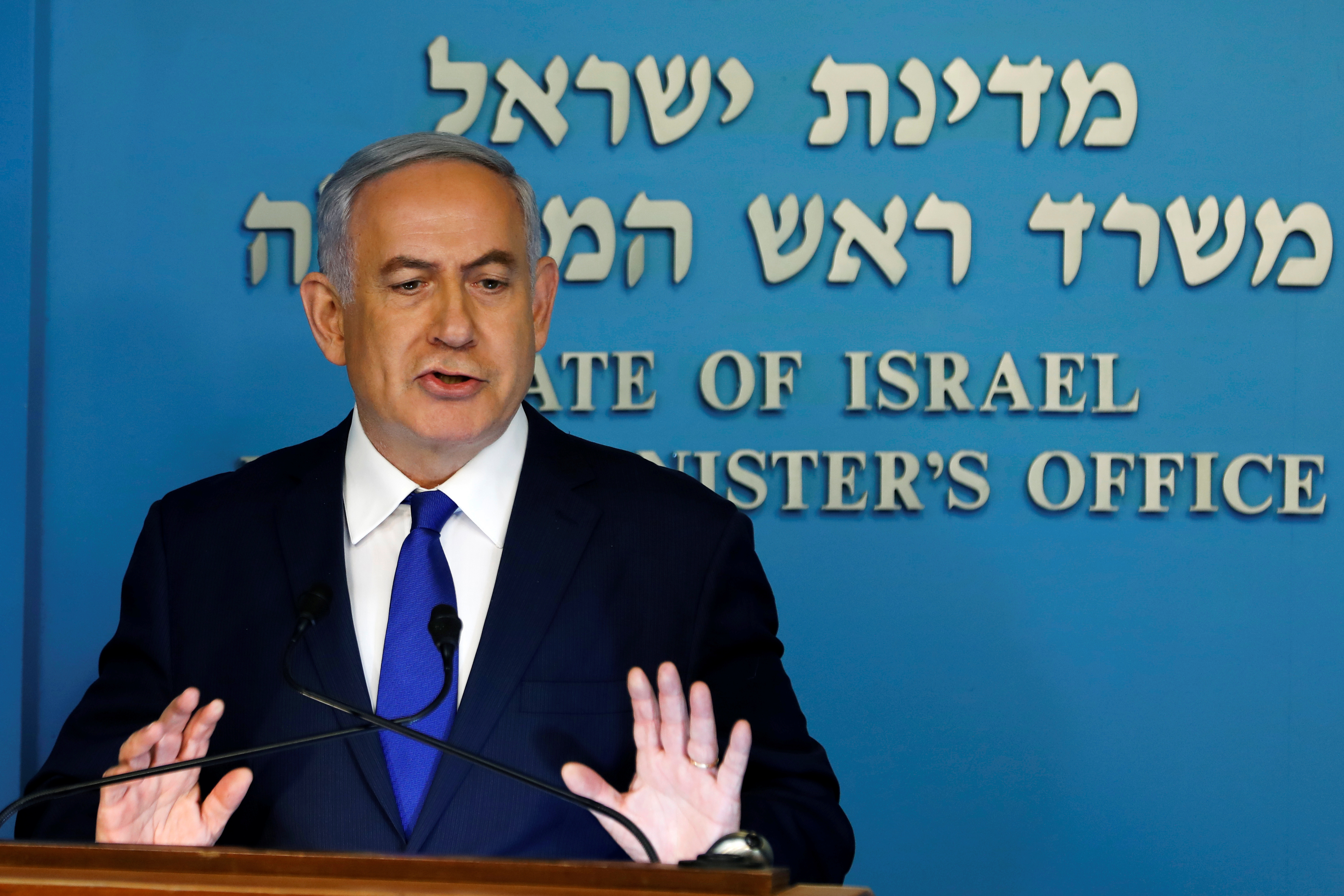 JERUSALEM (Reuters) – Israeli Prime Minister Benjamin Netanyahu said on Tuesday he was cancelling an agreement with the U.N. refugee agency to relocate thousands of African migrants, bowing to right-wing pressure to scrap the deal.

The agency, the UNHCR, said it hoped Israel would reconsider the decision soon and offered to work with it to identify and “respond to the protection needs” of asylum seekers in the country.

Netanyahu’s critics seized on his backtracking on the arrangement – under which thousands of other migrants would have won the right to remain in Israel – as a sign of political weakness. The prime minister is the subject of police investigations into suspected corruption, which he denies, in the greatest challenges to his career yet. 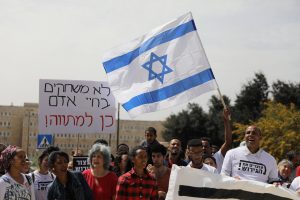 African migrants and Israeli activists demonstrate in support of the new agreement with the U.N. refugee agency to relocate thousands of African migrants, outside Israeli Prime Minister office in Jerusalem April 3, 2018. The placard in Hebrew reads “Not Playing with Human Life, Yes to the deal”. REUTERS/Ammar Awad

For the estimated 37,000 African migrants in Israel, most of them from Eritrea and Sudan, a whirlwind of announcements about their future has swept their status even deeper into limbo.

Outside a government complex in Tel Aviv where Netanyahu said he was scrapping the deal, several African men wrapped themselves in chains in a protest that put their sense of powerlessness on display.

On Monday Netanyahu announced live on television an arrangement with the UNHCR that would have relocated about 16,250 migrants to Western countries.

But the fact that thousands more would be allowed to stay raised an outcry from right-wing politicians and on social media from Netanyahu’s nationalist voter base, which wants the migrants expelled. He then posted on Facebook he was putting the agreement’s implementation on hold.

By Tuesday, the deal was dead.

“I have listened carefully to the many comments on the agreement. As a result, and after I again weighed the advantages and disadvantages, I decided to cancel the deal,” a statement from the prime minister’s office quoted Netanyahu as saying.

He made the remarks at a meeting with representatives of residents of south Tel Aviv, a poor area that has attracted the largest migrant community and where many of its inhabitants want the Africans out.

The fate of migrants who entered Israel illegally by trekking across a desert border with Egypt, has posed a moral dilemma for a state founded as a haven for Jews from persecution and a national home.

In a joint statement, Israeli human rights groups condemned the decision to cancel the agreement, accusing Netanyahu of playing “political games”. The groups said Israel is capable of absorbing all of the migrants, describing them as “asylum-seekers who came knocking on its door”.

Before announcing the deal, Israel had been moving ahead with plans to deport many of the Africans to Rwanda. But the Supreme Court intervened, freezing such deportations in March, and Netanyahu said Rwanda had buckled to international pressure and reneged on the deal.

“Despite legal restraints and international difficulties that are piling up, we will continue to act with determination to explore all of the options at our disposal to remove the infiltrators,” Netanyahu said in his statement on Tuesday.