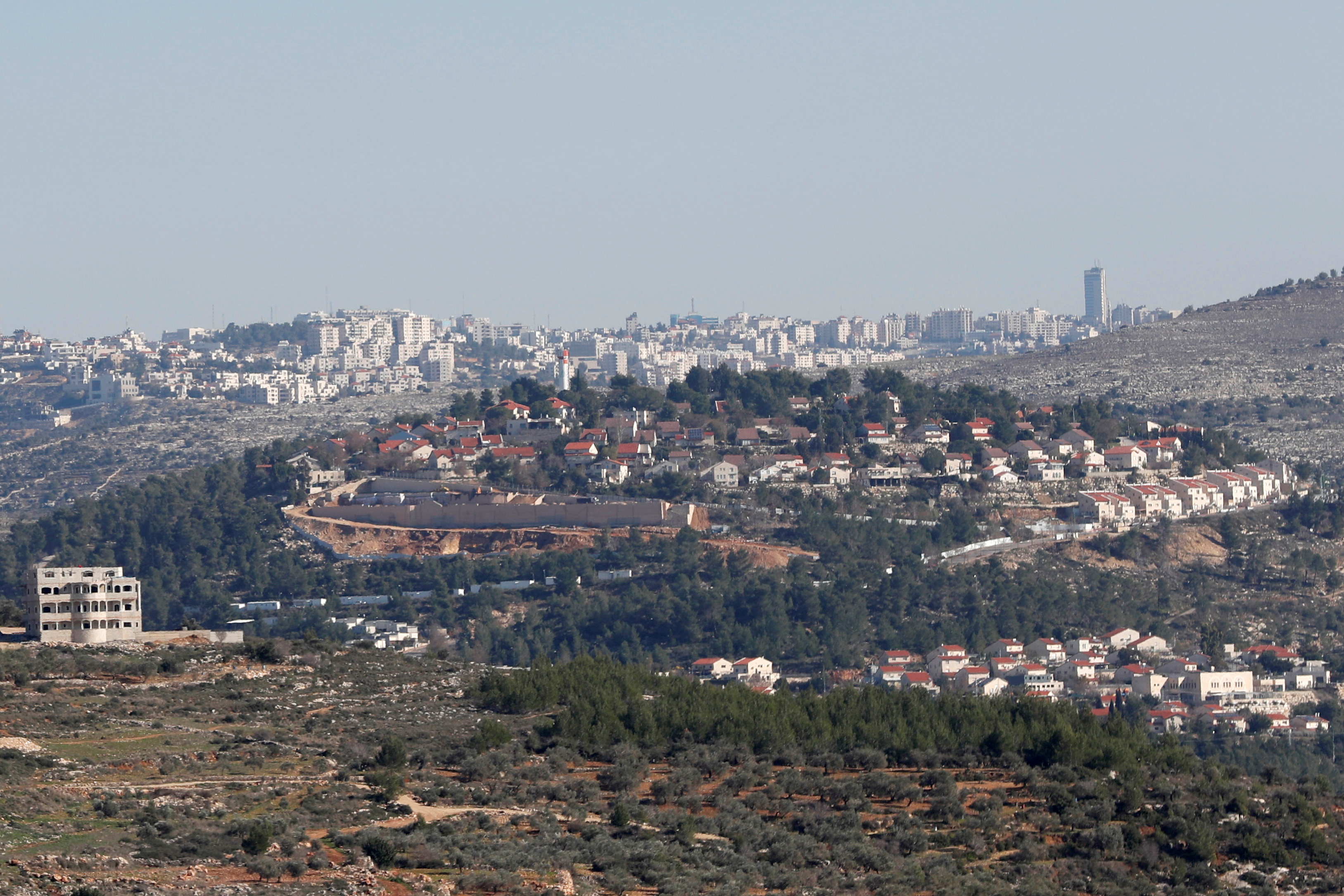 (Reuters) – More than two years after he first proposed a plan to revive the long moribund Israeli-Palestinian peace process, U.S. President Donald Trump released details on Tuesday of his proposal to solve a conflict that has frustrated peacemakers for decades.

WHAT ARE THE KEY ISSUES?

* A map to set out borders for “a realistic two-statesolution, offering a viable path to Palestinian statehood.” * A demilitarized Palestinian state to live peacefullyalongside Israel. * The proposed map more than doubles the size of the landcurrently used by the Palestinians. * Israel agreed to a four-year “land freeze” to secure thepossibility of a two-state solution. But a senior Israeliofficial later played down the notion of a settlement freeze. * The status quo to be preserved at Jerusalem’s TempleMount/al-Haram al-Sharif complex. * Israel to “continue to safeguard” Jerusalem’s holy sitesand to guarantee freedom of worship to Jews, Christians, Muslimsand other faiths. * Jerusalem to stay united and remain the capital of Israel. * The capital of the State of Palestine to include areas ofEast Jerusalem. Israeli Prime Minister Benjamin Netanyahu latersaid the capital would be in Abu Dis, which lies one mile eastof Jerusalem’s historic walled Old City. * An earlier – economic – part of the plan announced lastJune called for a $50 billion investment fund to boost thePalestinian and neighboring Arab state economies.WHY WAS IT RELEASED NOW

Critics say both Trump and Netanyahu are intent on diverting attention away from domestic troubles. Trump faces an impeachment trial while Netanyahu was indicted on corruption charges in November. Both deny wrongdoing.

They also both face re-election campaigns – Netanyahu in March and Trump in November. Netanyahu twice tried and failed to secure a majority in the Israeli parliament last year.

Trump repeatedly delayed the launch of his plan to avoid causing election problems for Netanyahu because of the likelihood that any concessions on settlements or Palestinians statehood would create problems for him among his right-wing voter base.

But Trump faces his own political clock and could ill-afford to wait for months for Israel to decide its next prime minister, according to a source familiar with the peace team’s thinking.

WHAT ARE ITS CHANCES?

Enduring obstacles include the expansion of Israeli settlements on occupied land over decades, and generations of mutual suspicion.

In November the United States reversed decades of policy when Secretary of State Mike Pompeo announced Washington no longer regarded Israeli settlements in the West Bank as a breach of international law.

Palestinians and most of the international community view the settlements as illegal under international law. Israel disputes this.

The last two decades have also seen the rise to power in Gaza of the armed Islamist movement Hamas, which is formally committed to Israel’s destruction and is in the midst of a decades-long power struggle with the Western-backed Palestinian Authority, headed by President Mahmoud Abbas.

WHAT WAS THE REACTION?

Speaking after Trump in Washington, Netanyahu described the announcement as “a historic day.”

He compared Trump’s plan to former President Harry Truman’s 1948 recognition of the state of Israel.

“On this day, you became the first world leader to recognize Israel’s sovereignty over areas in Judea and Samaria that are vital to our security and central to our heritage,” he added, using the Biblical names for the West Bank.

Abbas called Trump’s plan the “slap of the century.”

“I say to Trump and Netanyahu: Jerusalem is not for sale, all our rights are not for sale and are not for bargain. And your deal, the conspiracy, will not pass,” Abbas said in a televised address in Ramallah in the Israeli-occupied West Bank.

The Islamist militant group Hamas, whose stronghold is in Gaza, was scathing.

“Trump’s statement is aggressive and it will spark a lot of anger,” Hamas official Sami Abu Zuhri told Reuters.

“Trump’s statement about Jerusalem is nonsense and Jerusalem will always be a land for the Palestinians.”

The Palestinian leadership has argued that Washington can no longer be regarded as a mediator after a series of Trump decisions that delighted Israel but infuriated Palestinians.

These included recognizing Jerusalem as the capital of Israel, moving the U.S. Embassy in Israel from Tel Aviv to Jerusalem, and slashing hundreds of millions of dollars in humanitarian aid to the Palestinians.

The cuts were widely seen as a means of pressuring the Palestinian leadership to come back to the negotiating table. So far, that has failed.