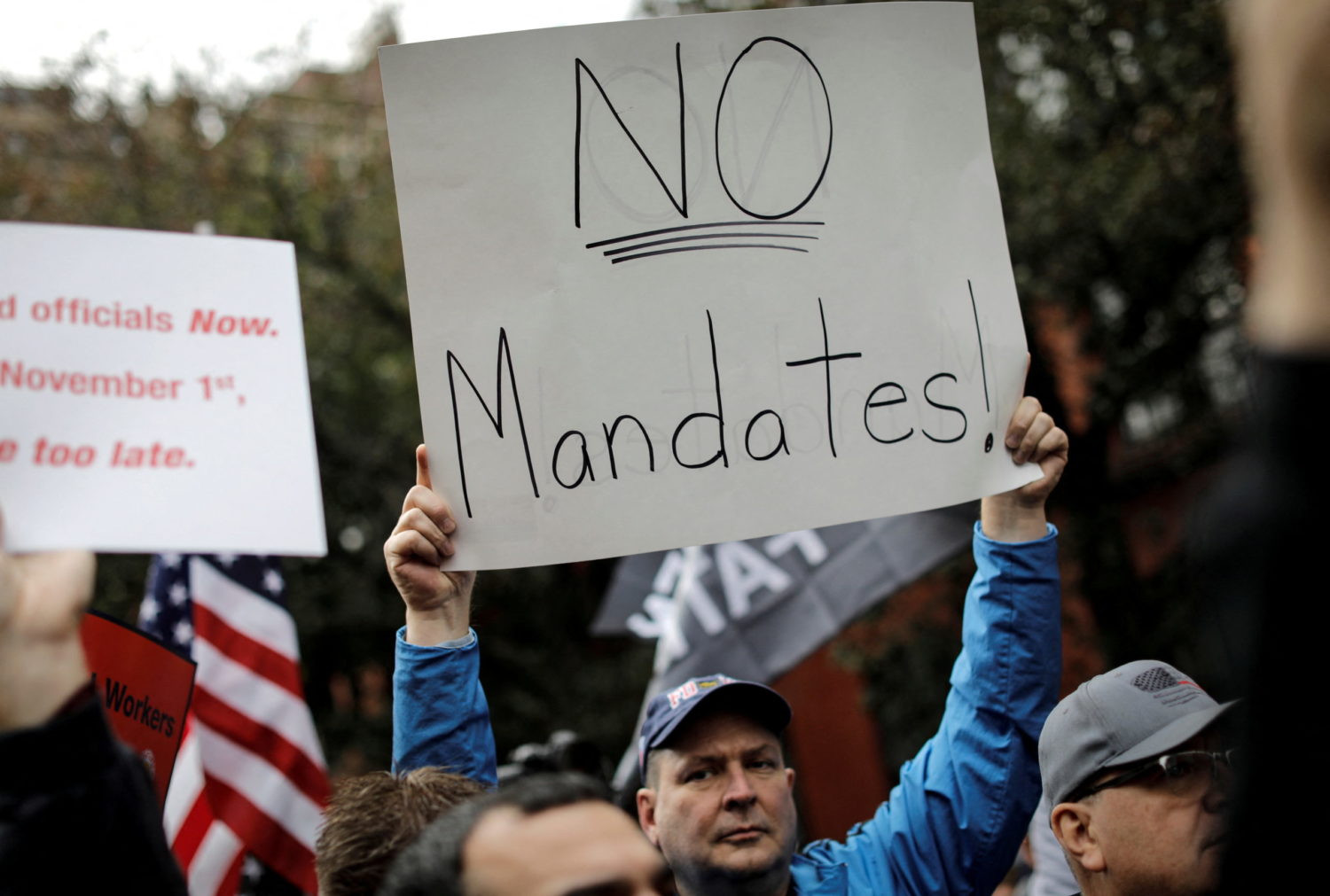 (Reuters) -A U.S. federal appeals court on Wednesday revived in 26 states a Biden administration COVID-19 mandate requiring millions of U.S. healthcare workers to get vaccinated if they work in federally funded facilities.

In a rare win for President Joe Biden’s pandemic strategy, the 5th U.S. Circuit Court of Appeals in New Orleans ruled that a lower court only had the authority to block the mandate in the 14 states that had sued. The appeals court ruled that the lower court was wrong to impose a nationwide injunction.

Biden’s mandate requires that healthcare facilities get staff vaccinated against the coronavirus or lose funding from Centers for Medicare & Medicaid Services.

The rule initially required more than 2 million unvaccinated healthcare workers be vaccinated by Dec. 6. It was blocked before the deadline and remains temporarily blocked in 24 states — the 14 states involved in the case reviewed by the New Orleans appeals court and 10 states where the mandate was blocked by a Nov. 29 ruling from a federal judge in St. Louis.

The appeals court said the Biden administration had not made a strong showing that it was likely to prove during the litigation that it had the authority to impose the rule. The decision was rendered by Judges Leslie Southwick, appointed by President George W. Bush, and James Graves and Gregg Costa, both appointed by President Barack Obama.

The government argued that the mandate will potentially save thousands of lives every month as COVID-19 infections and deaths are expected to spike with the onset of winter and arrival of the Omicron variant, which carries a higher risk of infection.

The rule is one of three far-reaching Biden administration requirements aimed at boosting vaccination rates above the current 61% in the United States, where infections are rising and deaths remain above 1,000 per day.

Republican state attorneys general and conservative organizations and businesses have challenged the rules.

Two other COVID-19 requirements have also been blocked in courts.

That mandate is currently being reviewed by the 6th U.S. Circuit Court of Appeals in Cincinnati. On Wednesday, the court sided with the Biden administration, agreeing to hear the case initially before a three-judge panel rather than all 16 active judges on the court.

The final mandate requiring government contractors get their employees vaccinated was blocked by a federal judge in Georgia earlier this month.