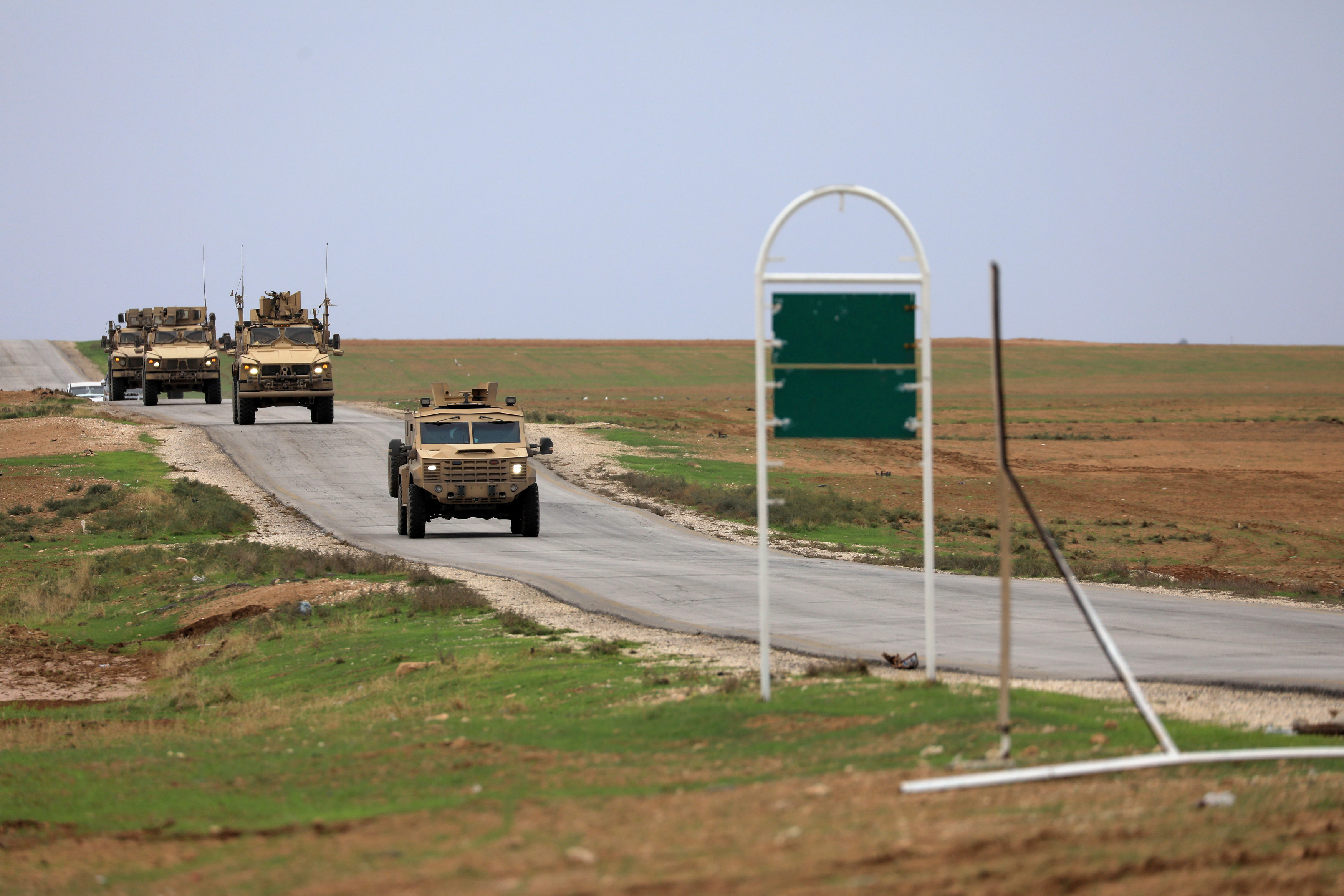 WASHINGTON (Reuters) – U.S.-backed forces are still retaking territory from Islamic State in Syria, U.S. officials said on Friday, even as President Donald Trump’s administration plans for the withdrawal of American troops from the country on the grounds the militant group has been defeated there.

Washington announced last month it would withdraw the roughly 2,000 U.S. troops in Syria, with Trump saying they had succeeded in their mission and were no longer needed there.

The U.S.-backed Syrian Democratic Forces, which include Kurdish fighters, captured the Syrian town of Kashmah on Jan. 2 after retaking the town of Hajin on Dec. 25, Pentagon spokesman Navy Commander Sean Robertson told Reuters.

The day the SDF took Kashmah was the same day that Trump stated during a cabinet meeting his strong desire to gradually withdraw from Syria, calling it a place of “sand and death.”

Trump also said it was up to other countries to fight Islamic State, including Russia and Iran, and said that Islamic State was down to its last remaining bits of territory in Syria.

“We’re hitting the hell out of them, the ISIS people,” Trump said, using an acronym to refer to Islamic State, adding “we’re down to final blows.”

In a separate statement on Friday, the U.S.-led coalition said it carried out 469 strikes in Syria between Dec. 16 and Dec. 29, which destroyed nearly 300 fighting positions, more than 150 staging areas, and a number of supply routes, oil lubricant storage facilities and equipment.

“(ISIS) will simply revert to a diffused rural insurgency where it could use just the tyranny of space, the desert is very big, to sort of hideout and be able to launch raiding attacks,” Stein said.

It is unclear how quickly Trump’s withdrawal will take place. U.S. officials have told Reuters that it could take several more months to carry out, potentially giving time for U.S.-backed forces to deal parting blows to the militant group that once held broad swathes of territory in Iraq and Syria.

Trump said on Wednesday the United States would get out of Syria slowly “over a period of time” and would protect the U.S.-backed Kurdish fighters in the country as Washington draws down troops.

The Pentagon spokesman said coalition forces, which Washington coordinates, were continuing to assist the SDF with close air support and artillery strikes in the Middle Euphrates River Valley.

“We will continue to work with the coalition and regional partners toward an enduring defeat of ISIS,” Robertson said.

He called the capture of Hajin significant.

“This was a milestone since it was among the largest of the last remaining ISIS strongholds in the Middle Euphrates River Valley,” he said.

Two U.S. officials, speaking on condition of anonymity, confirmed the U.S. military was assisting with the operations.

Islamic State declared its “caliphate” in 2014 after seizing large swathes of Syria and Iraq. The hardline Islamist group established its de facto capital in the Syrian city of Raqqa, using it as a base to plot attacks in Europe.

Much of the U.S. campaign in Syria has been waged by warplanes flying out of Qatar and other locations in the Middle East.