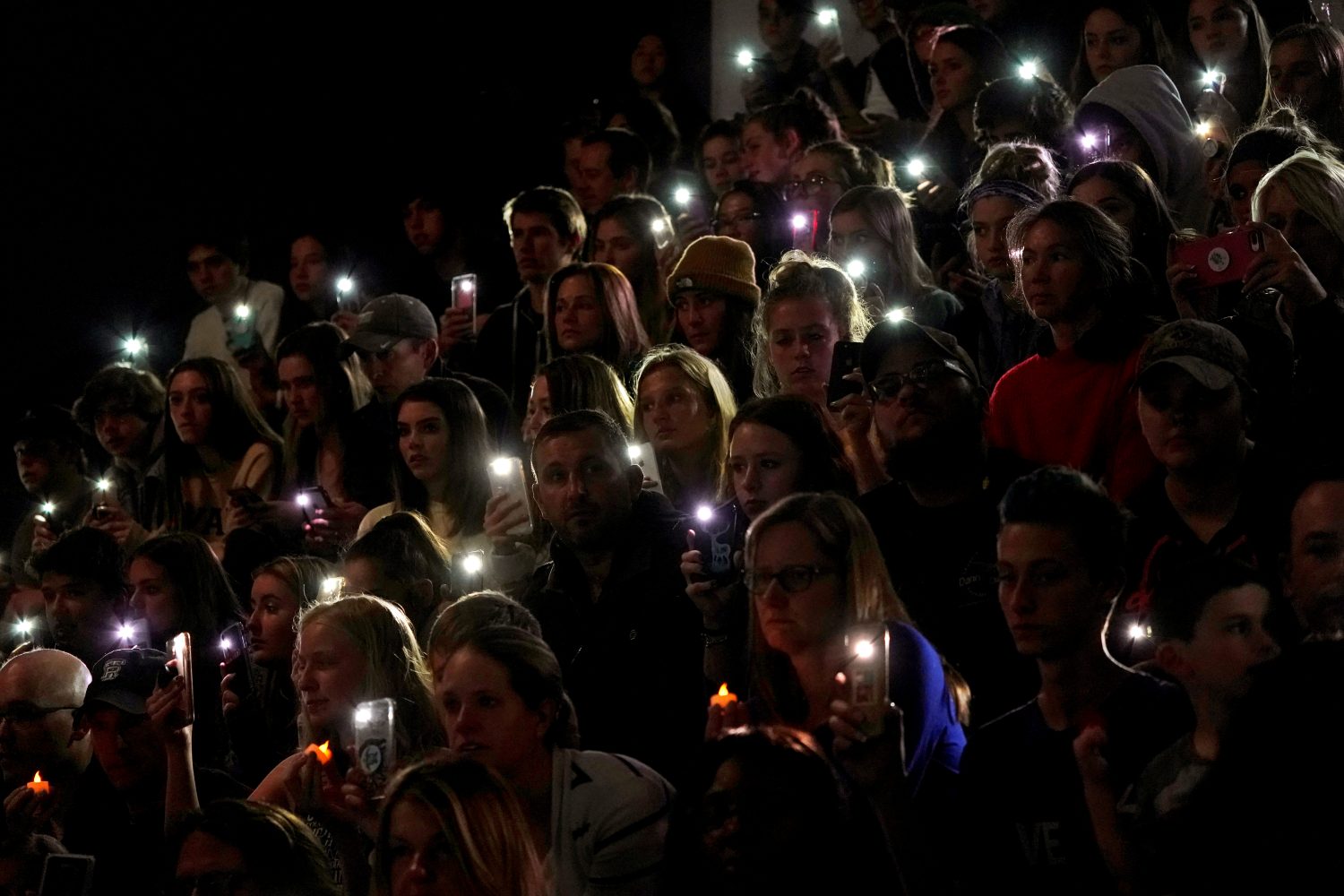 (Reuters) – Kendrick Ray Castillo, the 18-year-old who sacrificed his life to save other students during a shooting in a suburban Denver high school, loved robotics, helping the elderly in his community and making people laugh, his friend told Reuters.

Cece Bedard, who knew Castillo since elementary school, said she broke down in tears when she heard her friend had died but was not surprised at his selfless act.

“There is no doubt in my mind that he would have done anything he thought he could have to help anyone,” Bedard said on Wednesday.

Two teenagers are accused of opening fire on fellow students on Tuesday at the Science, Technology, Engineering and Math (STEM) School in Highlands Ranch, about 25 miles (40 km) south of Denver, killing Castillo and wounding eight other students. 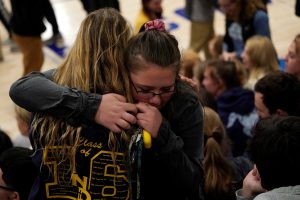 People listen at a vigil for the victims of the shooting at the Science, Technology, Engineering and Math (STEM) School in Highlands Ranch, Colorado, U.S., May 8, 2019. REUTERS/Rick Wilking

Witnesses said Castillo, who was due to graduate in three days, charged at one of the shooters.

“Kendrick lunged at him,” senior Nui Giasolli told NBC News, referring to the older of the two shooting suspects, Devon Erickson, 18, who was being held on Wednesday on murder and attempted murder charges.

“He shot Kendrick, giving all of us enough time to get underneath our desks, to get ourselves safe, and to run across the room to escape,” Giasolli said.

“Basically when he gets moving there’s no stopping him,” Bialy said in an interview with multiple media outlets, including Denver’s Fox News affiliate, late on Wednesday.

Bedard said she and Castillo both volunteered with their fathers at the local chapter of the Knights of Columbus, a Catholic men’s community service organization when they were in middle school.

Castillo loved tagging along with his father to volunteer with the Knights of Columbus, whether it involved carrying heavy crates of fruit for a peach drive or setting up senior lunches. He was especially good at connecting with the elderly people he served, Bedard said.

His friends remembered Castillo as a goofy jokester, although his humor was never at anyone’s expense, Bedard said. He had a strong sense of self and did not care what other people thought of him, a trait that made him stand out among his peers.

Castillo was also a member of a regional robotics team, another community that was mourning his loss on Wednesday.

“We’re heartbroken by the death of Kendrick Castillo … Kendrick was a member of @Frc4418, of which his father is Lead Mentor,” FIRST, a national nonprofit organization dedicated to advancing youth in STEM, said on Twitter.

Bialy said Castillo was not a victim but someone who jumped into action.

“I love that kid,” Bialy said. “He died a trooper. He got his ticket to Valhalla, and I know he will be with me for the rest of my life.”