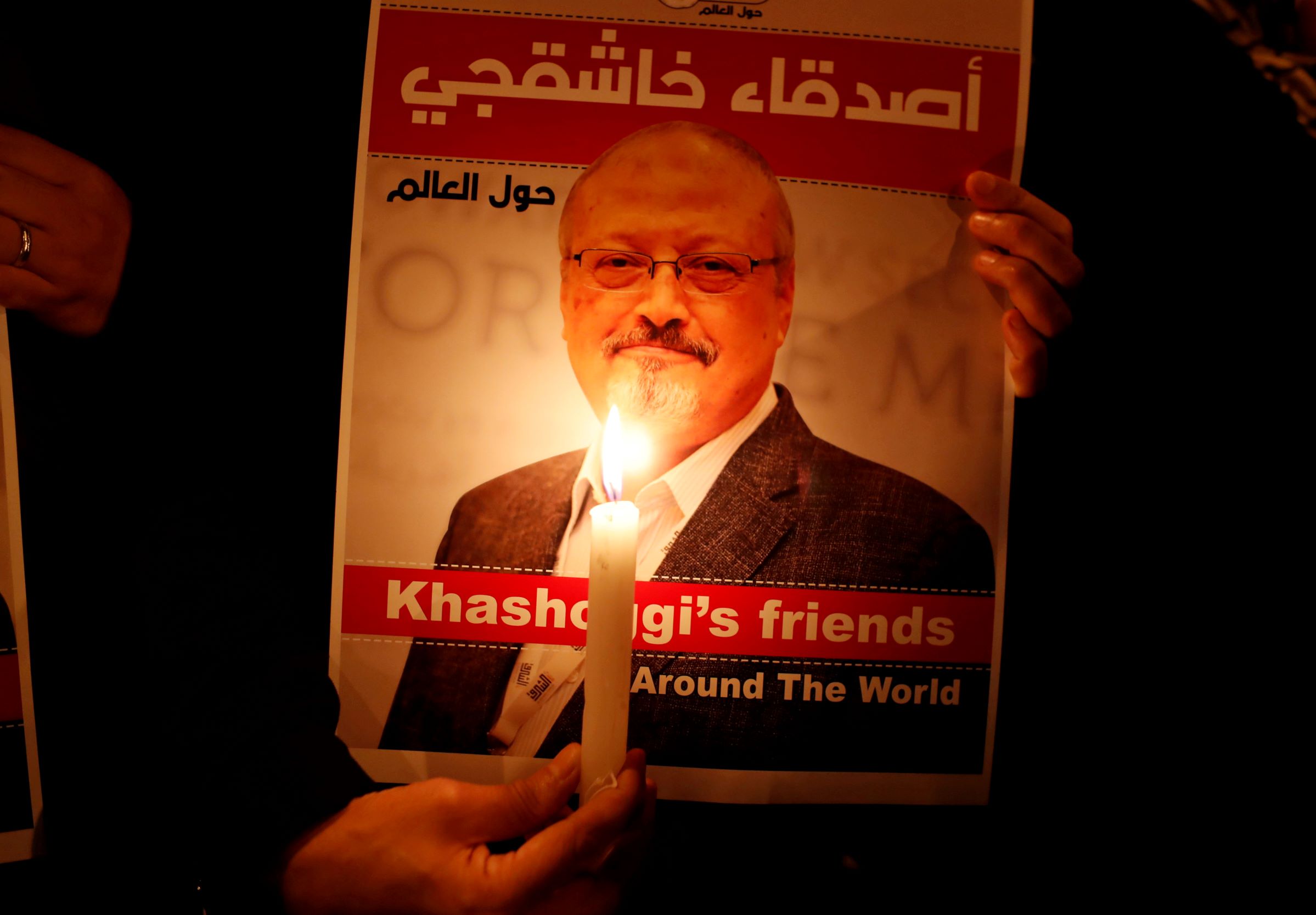 GENEVA (Reuters) – Saudi Arabia’s crown prince is trying to repair damage to his image done by Jamal Khashoggi’s murder by insisting “layers and layers” of hierarchy separated him from the Saudi agents who killed the journalist, the U.N. investigator told Reuters.

Mohammad bin Salman told CBS program “60 Minutes” that as de facto Saudi leader he ultimately bore “full responsibility” for the killing a year ago, but he denied ordering it. He made similar remarks to U.S. broadcaster PBS.

Asked how he did not know about the killing by Saudi officials, he told CBS it was impossible for him to know “what three million people working for the Saudi government do daily”.

In an interview with Reuters, Agnes Callamard, U.N. expert on summary executions, attributed his remarks to a “strategy of rehabilitation in the face of public outrage around the world”.

She spoke before joining Khashoggi’s family and friends in Istanbul on Wednesday to mark the murder’s first anniversary.

Khashoggi, a Washington Post columnist and critic of the crown prince, was murdered on Oct 2 at its consulate in Istanbul. His dismembered body has never been found. A global outcry ensued and led to U.S. Treasury sanctions on 17 Saudi individuals and a Senate resolution blaming Prince Mohammed.

Saudi officials have denied suspicions in the CIA that the crown prince, known as MbS, ordered the killing. Eleven people are on trial in Saudi Arabia, although Callmard has voiced concerns over a potential miscarriage of justice.

A report by Callamard in June found credible evidence warranting further investigation that the crown prince and other senior officials including key adviser Saud al-Qahtani are liable for the murder.

Callamard told Reuters the only way she could interpret his admission of state responsibility — as opposed to personal responsibility — was as “recognizing implicitly at least that the killing was a state killing.”

“To the extent the killing occurred under his watch, he represents the state, he is indeed quasi head of state,” she said.

Turning to the international implications, Callamard said that if countries around the world did not respond properly to Khashoggi’s killing, “it will open the gate to a sense of impunity for the killing of independent critical voices.”

Callamard has called for states to widen sanctions to include the crown prince and his assets abroad unless he can prove he is not responsible.

Critics of the kingdom say his latest public comments appear part of a public relations campaign ahead of Riyadh’s hosting of the G20 next year, its IPO of state oil giant Saudi Aramco and a foreign investment push to diversify the economy away from oil.

Reacting to Prince Mohammed’s description of the killing as a “mistake”, Callamard countered that a killing that implicated “a consulate, requires preparation and planning and ultimately premeditation for 24 hours, is not a mistake.”

She called for “a transparent investigation into the chain of command” around the killing and demanded the prince apologize to Khashoggi’s family and fiancee.