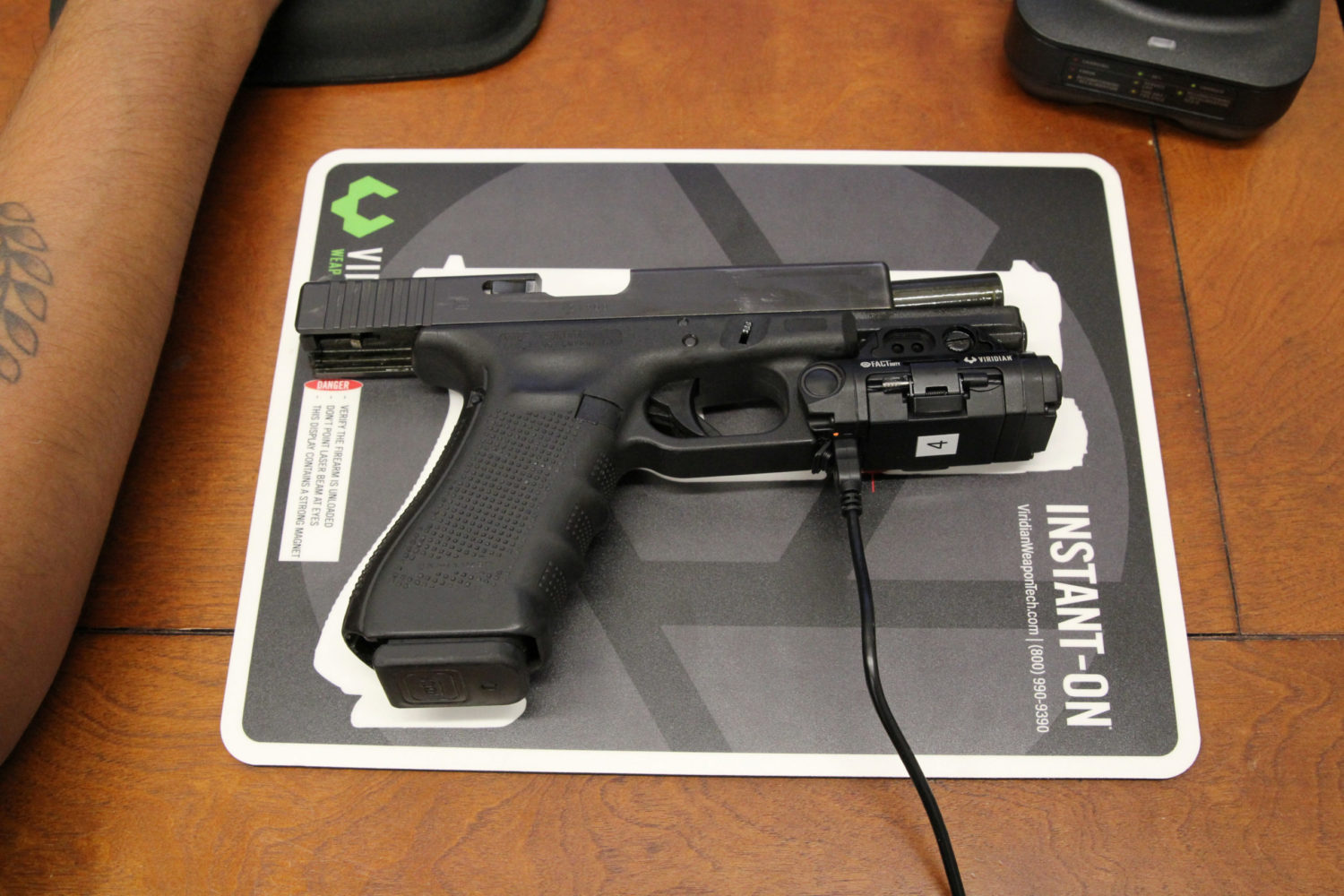 KING CITY, Calif. (Reuters) – Amid demands for more police transparency after the killing of George Floyd, U.S. police departments are experimenting with a new way of capturing potentially deadly moments: putting small cameras on their guns.

The police department in King City, California last month became the state’s first force to mandate cameras on all its officers’ handguns.

“With (the) public’s responses to officer-involved shootings, I really felt it was important to have that perspective of what the officer most likely can see and the best point of view to see that from is the barrel of the handgun,” said Robert Masterson, King City police chief.

The cameras, about the size of a thumb, are mounted along a rail on the bottom of a firearm’s barrel and automatically record when the gun is drawn from the holster.

According to the Bureau of Justice Statistics, in 2016, almost half of U.S. law enforcement agencies had acquired body-worn cameras. The use of gun-mounted cameras, however, is far less common and the numbers less known.

Minnesota-based Viridian Weapon Technologies, said more than 500 agencies across 47 states are in various stages of trialing or implementing its gun-camera system, which is aimed at supplementing images from police body cameras.

The gun camera would not be useful in cases of alleged police brutality where a gun is not drawn, and Jay Stanley, a senior policy analyst at the American Civil Liberties Union, warned that there were limitations to the technology,

“Even when a gun is drawn, they’re not going to capture the context of events leading up to the point where the officer draws their gun and often that is the most crucial part in evaluating an officer’s action and whether that was abusive or professional,” he said.