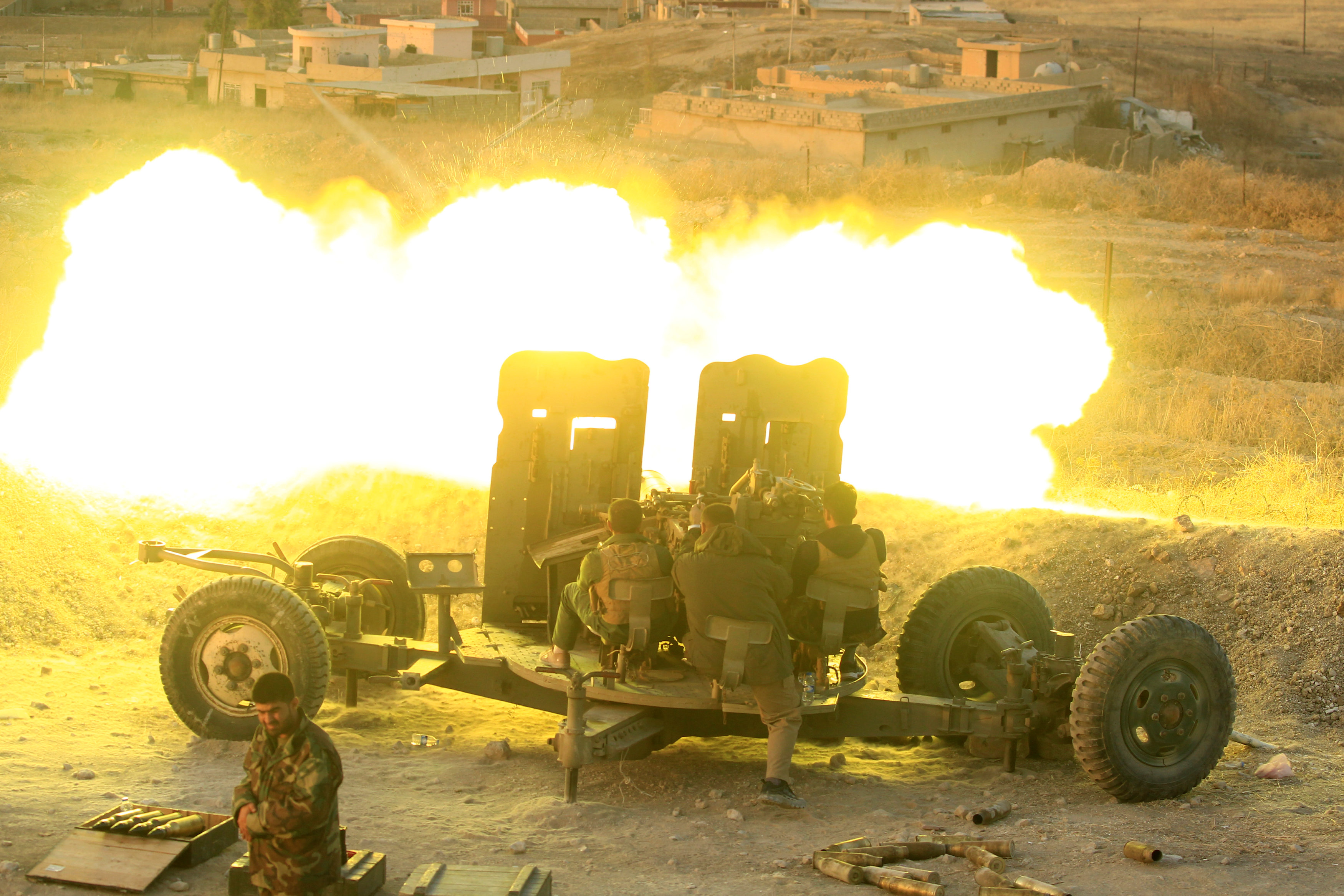 By Stephen Kalin and Babak Dehghanpisheh

EAST OF MOSUL, Iraq (Reuters) – The offensive to seize back Mosul from Islamic State is going faster than planned, Iraq’s prime minister said on Thursday, as Iraqi and Kurdish forces launched a new military operation to clear villages around the city.

Abadi announced the start of the offensive to retake Mosul on Monday, two years after the city fell to the militants, who declared from its Grand Mosque a caliphate spanning parts of Iraq and Syria.

A U.S.-led coalition that includes France, Italy, Britain, Canada and other Western nations is providing air and ground support to the forces that are closing in on the city.

Mosul is the last big city stronghold held by Islamic State in Iraq. Raqqa is the capital of the group in Syria.

The administration of Mosul and surrounding Nineveh province is now one of the main topics of discussion for world leaders. There are concerns the defeat of the ultra-hardline Sunni group would cause new sectarian and ethnic violence, fueled by a desire to avenge atrocities inflicted on minority groups.

Four days into the assault on Mosul, Iraqi government forces and allied Kurdish Peshmerga fighters are steadily recovering outlying territory before the main push into the city begins.

An Iraqi army elite unit and Kurdish fighters on Thursday started trying to take back villages north and east of Mosul, according to Kurdish and Iraqi military statements.

Howitzer and mortar fire started at 6:00 a.m. (0300 GMT), hitting a group of villages held by Islamic State about 20 km (13 miles) north and east of Mosul, while helicopters flew overhead, Reuters reporters on the scene said.

“The objectives are to clear a number of nearby villages and secure control of strategic areas to further restrict ISIL’s movements,” the Kurdish general military command said in a statement announcing the launch of Thursday’s operations.

To the sound of machine gun fire and explosions, dozens of black Humvees of the elite Counter Terrorism Service (CTS), mounted with machine guns, headed toward Bartella, the main attack target on the eastern front, a Reuters reporter said.

The militants are using suicide car-bombs, roadside bombs and snipers to push back the attack, and are pounding surrounding areas with mortar, a CTS spokesman said at a nearby location.

Bartella is a Christian village whose population fled after Islamic State took over the region.

“Bartella is the eastern gate of Mosul,” said the spokesman, adding that it was the first CTS operation in this battle.

The U.S.-trained CTS has spearheaded most of the offensives against Islamic State over the past year, including the capture of Ramadi and Falluja, west of Baghdad.

The force is deployed on a Kurdish frontline, marking the first joint military operation between the government of Baghdad and the Kurdish Regional Government in northern Iraq.

A cloud of black smoke wreathed some frontline villages, probably caused by oil fires, a tactic the militants use to escape air surveillance. 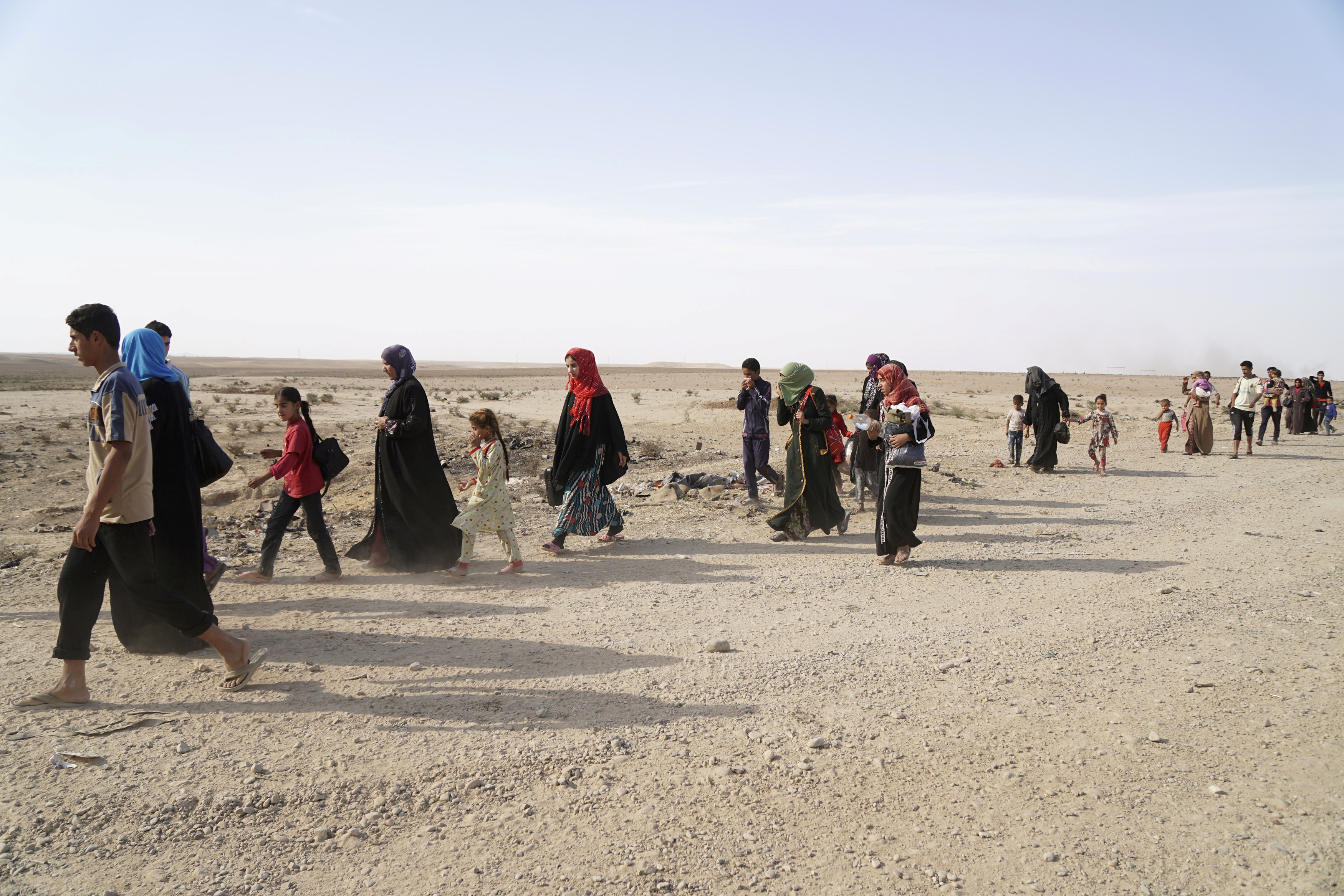 Displaced people, who are fleeing from clashes in Al-hud village, south of Mosul, head to Qayyarah, during an operation to attack Islamic State militants in Mosul, Iraq. REUTERS/Stringer

On the northern front, Kurdish Peshmerga shot down with machine guns an unmanned drone aircraft that came from the Islamic State lines in the village of Nawaran a few kilometers away.

It was not clear if the drone, 1 to 2 meters (three to six feet) wide, was carrying explosives or just on reconnaissance.

“There have been times when they dropped explosives,” said Halgurd Hasan, one of the Kurdish fighters deployed in a position overlooking the plain north of Mosul.

Ali Awni, a Kurdish officer, kept a handheld radio receiver open on a frequency used by Islamic State. “They are giving targets for their mortars,” he said.

“Liberating Mosul is important for the security of Kurdistan,” Awni added. “We will have to fight them in the mind as well, to defeat their ideology.”

The warring sides are not making public their casualty tolls or the number of casualties among civilians.

Islamic State published a video showing masked fighters walking in single file up a street at night under the cover of trees, while an unidentified man, apparently their commander, pledged to defeat the United States in Iraq. 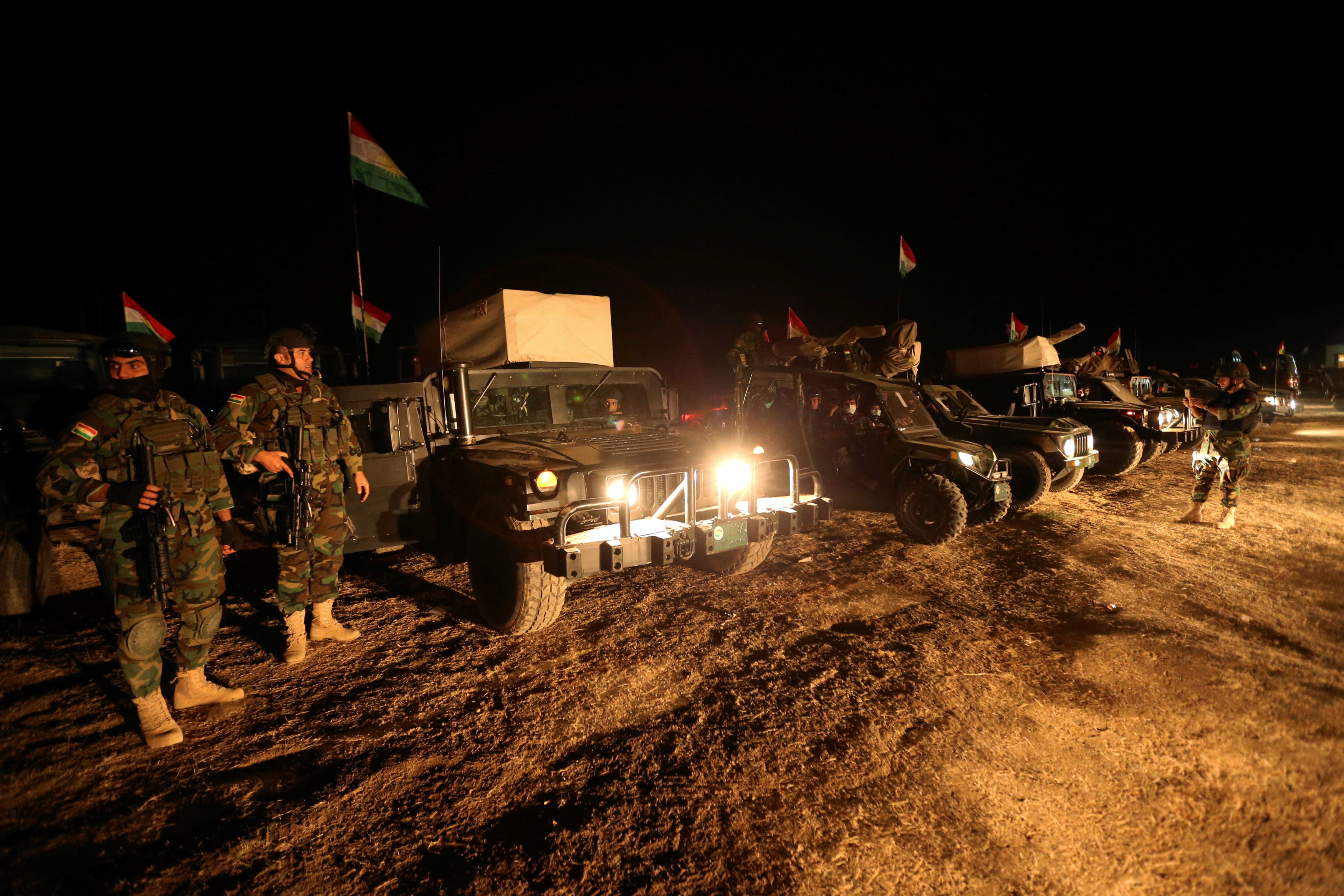 U.S. President Barack Obama hopes to bolster his legacy by seizing back as much territory as he can from Islamic State before he leaves office in January.

Islamic State “will be defeated in Mosul”, Obama said on Tuesday, expecting the fight to be difficult.

Iraqi officials and residents of Mosul say Islamic State is preventing people from leaving the city, in effect using them as shields to complicate air strikes and the ground progress of the attacking forces.