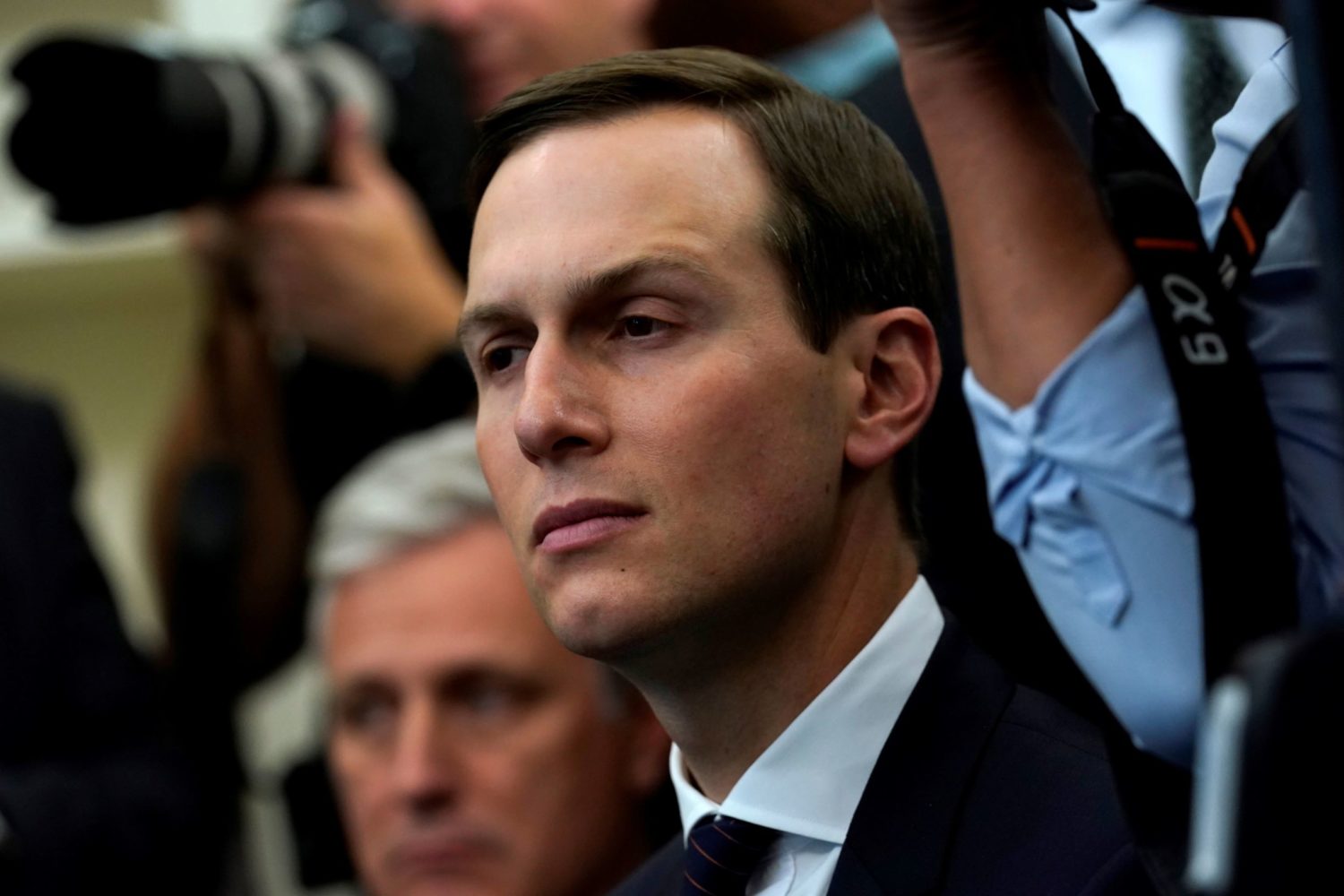 RIYADH (Reuters) – The United States and China have come to an understanding on the direction of their trade relationship after a nearly 16-month trade war, White House adviser Jared Kushner said on Tuesday.

“I think people understand the president, that he’s firm, they know that he’s going to make the decisions that he thinks are right, and I think ultimately that we’ve come to an understanding with China now on where we want to head,” Kushner said.

U.S. and Chinese negotiators are working to try to complete a text for the agreements for Trump and Chinese President Xi Jinping to sign at an Asia-Pacific Economic Cooperation summit in Chile Nov. 16-17.

The U.S. Trade Representative’s office said on Friday that Washington and Beijing are “close to finalizing” some sections of a trade agreement after a phone call between top negotiators.

Kushner acknowledged that the trade dispute with China, which has heaped tariffs on hundreds of billions of dollars worth of each others’ goods, has had political costs for Trump.

“All of the costs of it, the tariffs, the retaliation that people have put on, he’s paid the price for, during his presidency,” Kushner said.

But he said the trade deals that result from such disputes will bring back jobs to the United States. 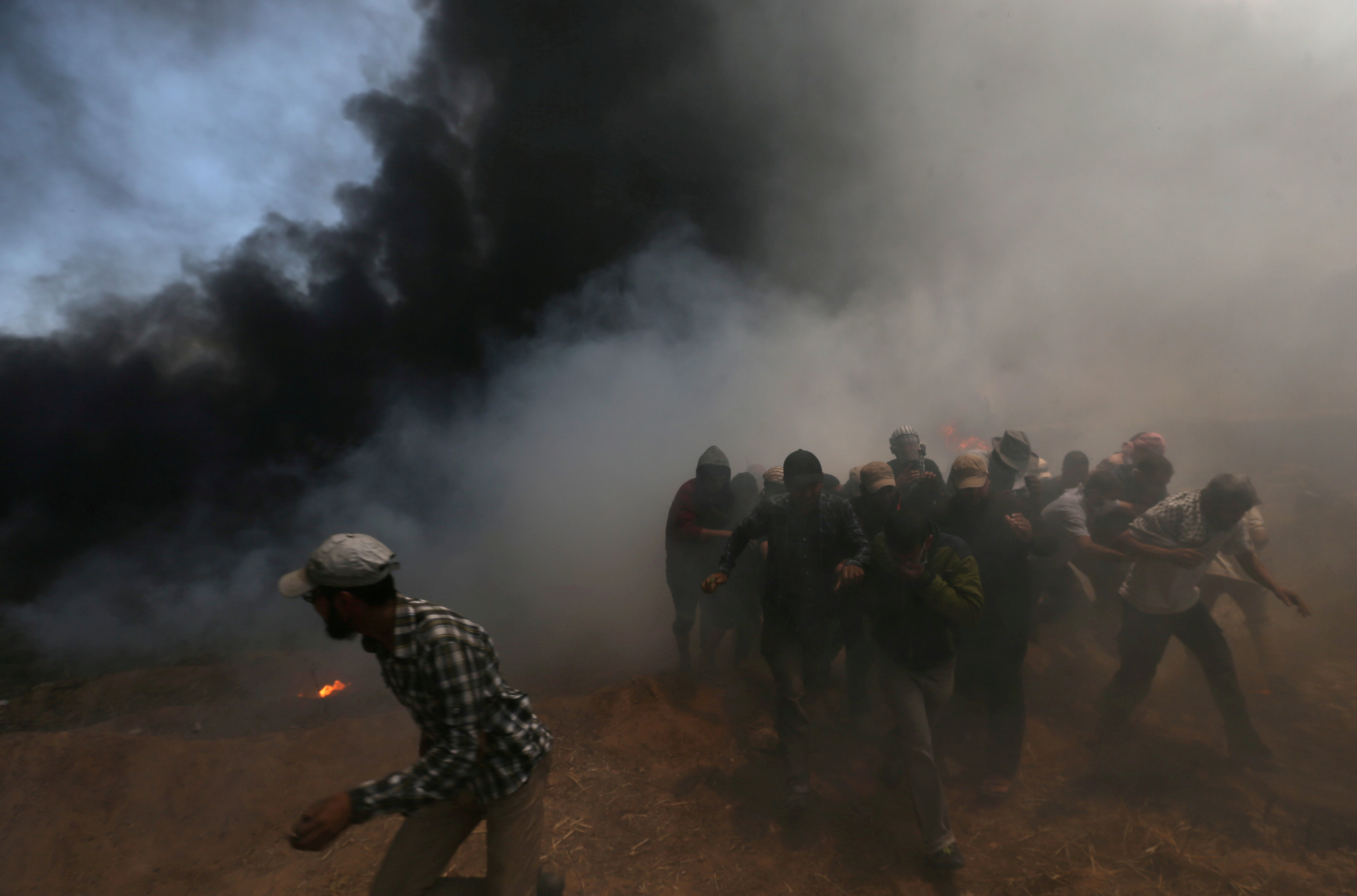 “Our greatest hope is for peace,” U.S. President Donald Trump said in a recorded video message, even as a spokesman for the Palestinian president accused him of sowing instability by overturning decades of U.S. policy on the status of the city.

The inauguration of the embassy, after Trump outraged the Arab world and stoked international concern by recognising Jerusalem as Israel’s capital in December, was hailed by Israeli Prime Minister Benjamin Netanyahu as a “glorious day”.

Trump opted not to attend the ceremony in which a U.S. consular building was re-purposed into an embassy, pending the construction of a new facility, probably years away.

His daughter Ivanka and son-in-law Jared Kushner, both White House advisers, were there, seated next to Netanyahu opposite a stage with a backdrop of U.S. and Israeli flags. Two American pastors and a rabbi gave invocations.

Kushner, in a rare public speech, said the relocation from Tel Aviv, a diplomatically and politically sensitive step promised but never implemented by a succession of U.S. presidents, showed that Trump was a man of his word.

The comments were telling, just a week after Trump announced Washington’s withdrawal from the nuclear deal between Iran and world powers, a move that critics said weakened global trust in the United States.

“When President Trump makes a promise, he keeps it,” Kushner said, a reference to a campaign pledge to open a Jerusalem embassy. “Today also demonstrates American leadership. By moving our embassy to Jerusalem, we have shown the world once again that the United States can be trusted.”

Israel regards all of the city, including the eastern sector it captured in the 1967 Middle East war and annexed, as its “eternal and indivisible capital”. The Trump administration has avoided that description, and noted that the city’s final borders should be decided by the parties.

A smiling Netanyahu, decked out in U.S. colours – a blue suit, white shirt and red tie – showered praise on Trump, a president with whom he is in lockstep on many regional issues.

Thanking Trump for “having the courage” to move the embassy, Netanyahu said: “This is a great day. A great day for Jerusalem. A great day for the state of Israel. A day that will be engraved in our national memory for generations.”

As coverage of the embassy ceremony ran on one side of the screen, the other broadcast the violence along Israel’s border with Gaza, where dozens of Palestinian protesters were killed by Israeli gunfire.

Amid expressions of international concern and condemnation over the use of live ammunition, Israel said it was taking the necessary measures to prevent any breach of its border fence with the enclave run by the militant Hamas movement.

Kushner, echoing the Netanyahu government’s position that the six weeks of Gaza protests were being orchestrated by Hamas Islamists opposed to Israel’s existence, said: “Even today those provoking violence are part of the problem and not part of the solution.”