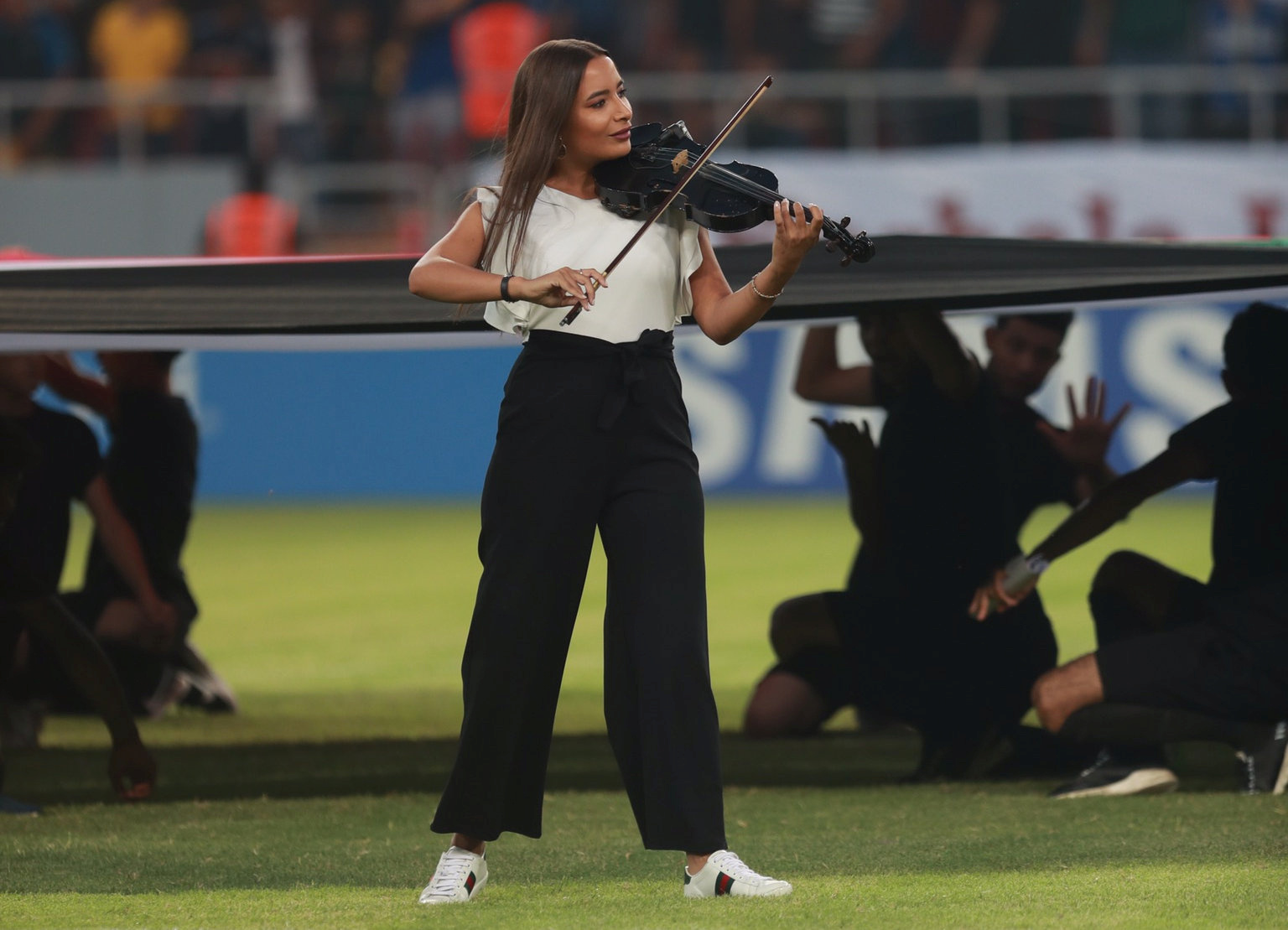 KERBALA, Iraq (Reuters) – The match should have been cause for young Iraqis to celebrate. Their national team beat Lebanon 1-0 in the first competitive international hosted by Iraq for years in the holy city of Kerbala, complete with an opening ceremony of music and dance.

Instead, the event drew high-level criticism which many of the city’s youth say shows the gulf between them and the political and religious establishment.

At the opening ceremony last week for the West Asia Football Federation Championship, a tournament of Arab countries hosted by Iraq, a Lebanese woman violinist not wearing the Islamic headscarf and with uncovered arms played Iraq’s national anthem.

Many Iraqis were elated that such a ceremony, typical of international football tournaments, could finally take place on their soil after football governing body FIFA last year partially lifted a ban largely in place since 1990 on Iraq hosting competitive matches over security concerns.

Iraq’s Ministry of Youth and Sport which organized the ceremony first defended it, then said: “the ministry will coordinate with official bodies to prevent any scenes that contrast with the holiness of the province.”

For many Iraqis, especially women, it was a reminder of the power Islamic authorities, Islamist parties and conservative Iran-backed politicians still wield after years of conflict and sectarian killing, as Iraq tries to recover and open up to the outside world.

“We thought the event was a positive message, that a more normal life can come to Kerbala,” said Fatima Saadi, a 25-year-old dentist, sitting in a coffee shop in Kerbala.

“Most of us rejected the politicians’ comments – the holy ground is where the shrines are, but outside those places there’s a different life.”

Kerbala is hallowed ground for Shi’ite Muslims. It houses the shrine of the Imam Hussein, the Prophet Mohammed’s grandson and most revered Shi’ite imam who was slain in battle.

Millions of Shi’ite pilgrims, mostly from Iraq and Iran, visit every year. Shi’ite religious authorities say women should wear the headscarf everywhere in the city.

“There’s nothing to stop a ceremony taking place at Kerbala stadium, or from women attending,” said Sheikh Wael al-Boudairi, a local cleric.

“But we disagreed with the way in which the woman appeared in that stadium, and that she played (violin) – it is against the holy character of Kerbala.”

Shi’ite scholars hold various views on what type of music pious Muslims should listen to. For many, playing of an instrument in Kerbala would be forbidden, they say.

LOOKING TO THE AYATOLLAH

Saadi, who wears a headscarf but not the full black robe that most women in Kerbala wear in public, said society had closed off there since the 2003 U.S. invasion of Iraq that toppled dictator Saddam Hussein and since which mostly Iran-backed Islamist parties and groups have dominated Iraq.

Former Prime Minister Nuri al-Maliki of the Dawa party and Qais al-Khazali, a rising political leader who heads a powerful paramilitary faction took to social media to criticize the ceremony.

Observant but liberal Iraqis, who say they are the majority in the country’s urban centers, hoped for high-level pushback from Iraq’s top Shi’ite cleric Grand Ayatollah Ali al-Sistani, who holds enormous sway, but he has not commented on it.

Other Iraqis say the football ceremony debate has been used to distract from Iraq’s real problems, including corruption and a suppression of rights they blame on those in power.

“The politicians and religious authorities are out of touch. They don’t understand what the street wants or the nature of Iraqi society,” said Dhikra Sarsam, a civil activist in Baghdad.

“But this isn’t a new issue for us. Whenever we try to take a step forward on women’s rights, they try to send us 100 steps back.”