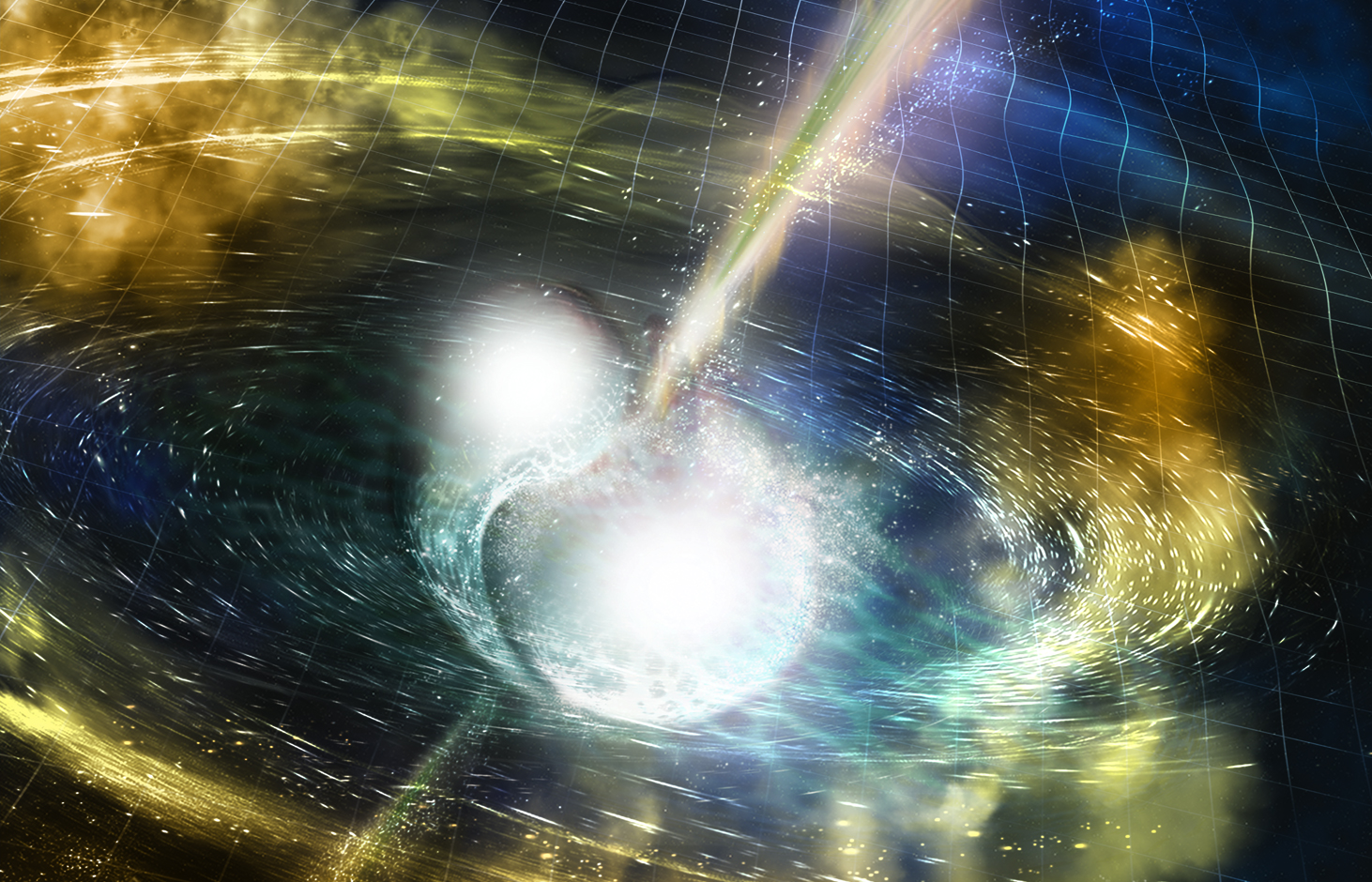 CAMBRIDGE, Mass. (Reuters) – Scientists in the United States and Europe have for the first time detected gravitational waves, the ripples in space and time predicted by Albert Einstein, at the same time as light from the same cosmic event, according to research published on Monday.

The waves, caused by the collision of two neutron stars some 130 million years ago, were first detected in August in the Laser Interferometer Gravitational-Wave Observatories, known as LIGO, in Washington state and Louisiana as well as at a third detector, named Virgo in Italy.

Two seconds later, observatories on earth and in space detected a burst of light in the form of gamma rays from the same path of the southern sky, which analysis showed likely to be from the same source.

The gravitational waves had been predicted by Einstein in 1916, as an outgrowth of his groundbreaking general theory of relativity, which depicted gravity as a distortion of space and time triggered by the presence of matter.

Three U.S. scientists who made that discovery were awarded the Nobel prize in physics earlier this month.

The findings published on Monday help confirm Einstein’s theory, said the researchers, whose work was published in Physical Review Letters.

“From informing detailed models of the inner workings of neutron stars and the emissions they produce, to more fundamental physics such as general relativity, this event is just so rich,” said MIT senior research scientist David Shoemaker. “It is a gift that will keep on giving.”

The LIGO instruments work in unison and use lasers to detect remarkably small vibrations from gravitational waves as they pass through the earth.

Previously, scientists could only study space by observing electromagnetic waves such as radio waves, visible light, infrared light, X-rays and gamma rays. Those waves encounter interference as they travel across the universe, but gravitational waves do not, meaning they offer a wealth of additional information.

The colliding neutron stars were smaller than the black holes that LIGO previously detected.

Black holes are so dense that not even photons of light can escape their gravity. Neutron stars are relatively small, about the size of a city, the compact remains of a larger star that died.

The National Science Foundation, an independent agency of the U.S. government, provided about $1.1 billion in funding for the LIGO research over 40 years.

(Reuters) – Researchers have for the first time used a technique called optogenetics to prevent and reverse cancer by manipulating electrical signals in cells.

Lead author on the study Brook Chernet injected frog embryos with two types of genes, an oncogene to predispose them to cancer and another gene to produce light sensitive “ion channels” in tumor-type cells.

The researchers were able to activate the channels on tumor-type cells by exposing the embryos to light. By activating the channels and adjusting the electrical signals in the cells, the team was able to both prevent and reverse tumor formation in 30 percent of cases, according to the study.

“You can turn on the light, in this case it’s blue light and you blink this blue light at this tumor, I believe it’s 24 hours, and the tumor goes away,” said researcher Dany Adams, a co-author on the paper.

This latest success builds on years of research from Michael Levin’s lab at Tufts University.

“We call this whole research program cracking the bioelectric code,” said Levin, professor and chair of the Tufts Center for Regenerative and Developmental Biology.

By targeting the electrical patterns in cells, it’s possible to control how fast they divide and what information they share with their neighbors, says Levin.

The use of optogenetics to control ion channels has been an important research tool for neuroscientists studying the brain and nervous system. This is the first time the technique has been applied to cancer research.

“The electrical communication amongst cells is really important for tumor suppression. The bigger picture is to understand how these voltages are passed among cells and how they control the transfer of chemical signals among cells,” Levin said.

“We need to crack this bioelectrical code. We really need to figure out how computations in tissues and decision making about pattern and cell behavior and so on are encoded in electrical signaling. That is sort of the next ten years,” he added.

The role of optogenetics in cancer treatment for humans is still unclear, but the underlying science of how electricity functions in the body has the potential to unlock new ways of treating all types of disease in years to come.

The study was published in the journal Oncotarget last month.