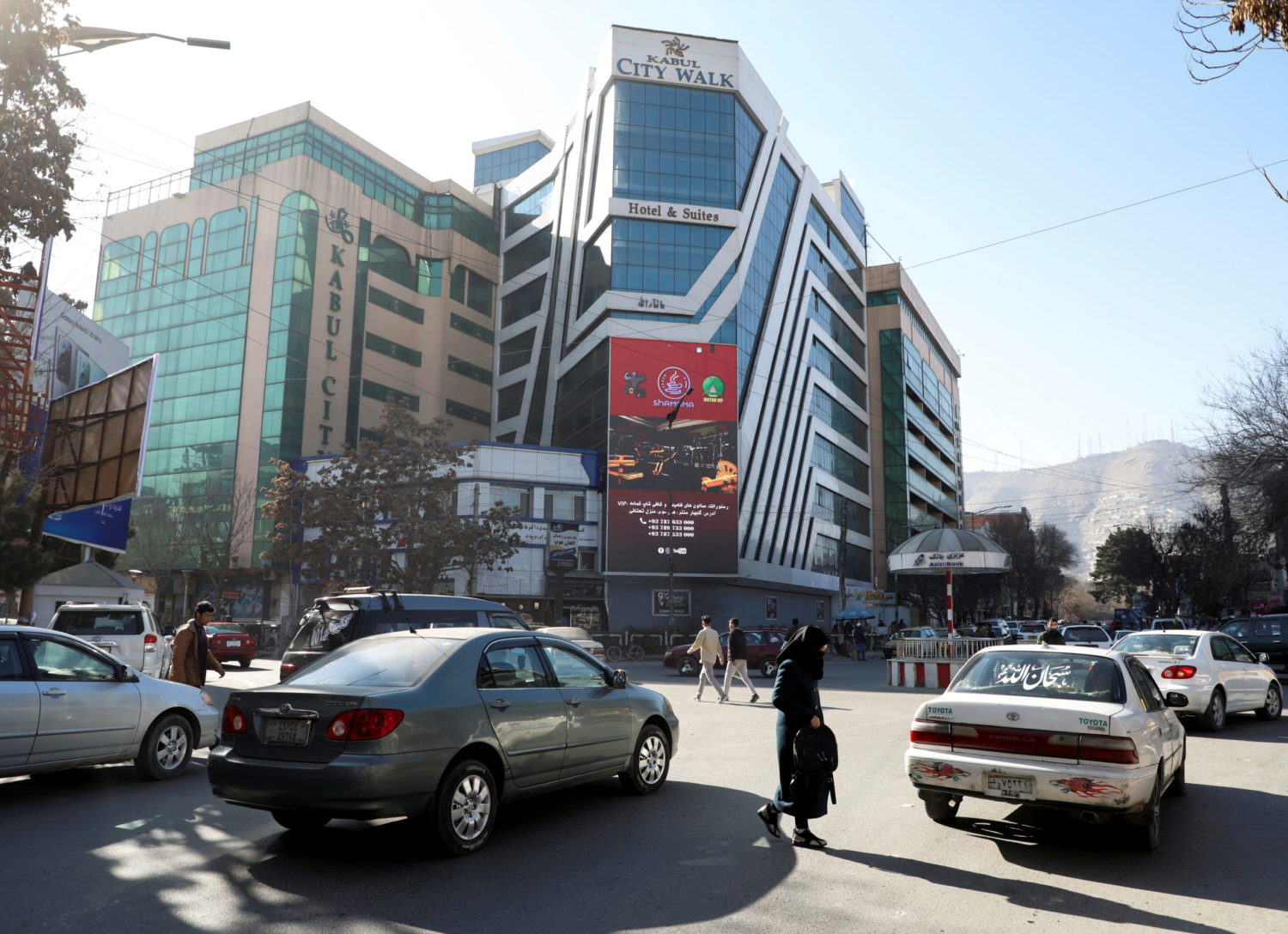 By Tom Arnold and Karin Strohecker

LONDON (Reuters) – Afghanistan’s banks, critical to the country’s recovery from crisis, are facing an uncertain future say its bankers, with doubts over everything from liquidity to employment of female staff after the Taliban swept to power.

Banks were expected to reopen imminently, a Taliban spokesman said on Tuesday, after they were closed for some ten days and the financial system ground to a halt as the Western-backed government collapsed amid the pullout of U.S. and allied troops.

Yet there has been scant evidence so far of a reopening or of banking services returning to normal, with large crowds thronging the streets outside banks in Kabul on Wednesday.

“The banks continue to be closed – with no clear signs of reopening, they have run out of money,” said Gazal Gailani, trade and economic adviser at the Afghan embassy in London.

“Afghanistan’s banking system is now in a state of collapse, and people are running out of money.”

Many rural areas get by largely without banks. But in the cities, where government worker salaries are often paid into bank accounts, closures are causing hardship in a mostly cash-based economy.

The outlook for lenders looks precarious, with looming questions about the Taliban’s grasp of finance and its ability to restart an economy shattered by 40 years of war.

With no significant exports apart from illegal narcotics bringing in cash, one immediate obstacle is liquidity in a country that is heavily dollarized and relies on regular physical dollar-shipments that have been halted, according to former central bank chief Ajmal Ahmady.

The Afghanistan Banks Association (ABA) had reached out to the central bank to coordinate steps on a return to normality, said Syed Moosa Kaleem Al-Falahi, chief executive and president of Islamic Bank of Afghanistan (IBA), one of Afghanistan’s three largest banks.

Commercial banks had collectively decided to suspend services until the central bank confirmed liquidity and security arrangements, he said.

“It would be rather difficult to control the rush if banks reopen immediately,” he added.

Liquidity had already been an issue in the run-up to the bank closures as people scrambled to withdraw cash.

But its ability to continue to do so appears uncertain, with DAB’s roughly $9 billion in foreign reserves looking largely out of Taliban reach.

“Banks will face major liquidity challenges as central bank officials have not had access to reserves yet,” the banker said.

“They will face foreign currency liquidity issues which will cause huge fluctuations in the exchange rates.”

The afghani plunged on the expectation of dollar scarcity and further volatility is expected, with Afghanistan’s import coverage reportedly collapsing from more than 15 months to a couple of days.

Bankers in Afghanistan are also waiting for clarity from foreign-based correspondent banks, which provide services such as currency exchange and money transfers, on whether ties will continue after the Taliban takeover. Any new sanctions could see many links cut.

Faith in the banking system was severely damaged by the 2010 collapse of Kabul Bank, in one of the biggest corruption scandals of the 20-year Western presence in Afghanistan.

But the current crisis will further set back confidence in a sector which has struggled to expand services in a thinly banked country.

According to the International Monetary Fund, only 183 of every 1,000 people hold a deposit account; there are less than two bank branches or cash machines for every 100,000 adults.

This week, the Taliban said it had named Haji Mohammad Idris, a loyalist with no formal financial training, as DAB’s acting governor. A senior Taliban leader defended the appointment, saying Idris was respected for his expertise.

It is so far unclear whether Afghanistan’s less than a dozen banks, all but one of which are conventional, will have to convert to Islamic banking, a lengthy and costly procedure.

“So far there is no official communication from them (the Taliban) with respect to female staff,” said IBA’s Al-Falahi. “Our female staff will return to work when we reopen.”

But given the Taliban’s track record, their assurances that women would be allowed to work consistent with Islamic law have been met with skepticism.

The banker at one of Afghanistan’s largest lenders said their bank had a plan to ensure it could continue operations in the event of it having to dismiss its roughly 20% of female staff.

“We expect we will face challenges such as losing qualified and high-skilled staff as most of them are planning to flee the country at the first opportunity,” the banker said.

(Reporting by Tom Arnold and Karin Strohecker in London, Editing by Rosalba O’Brien)