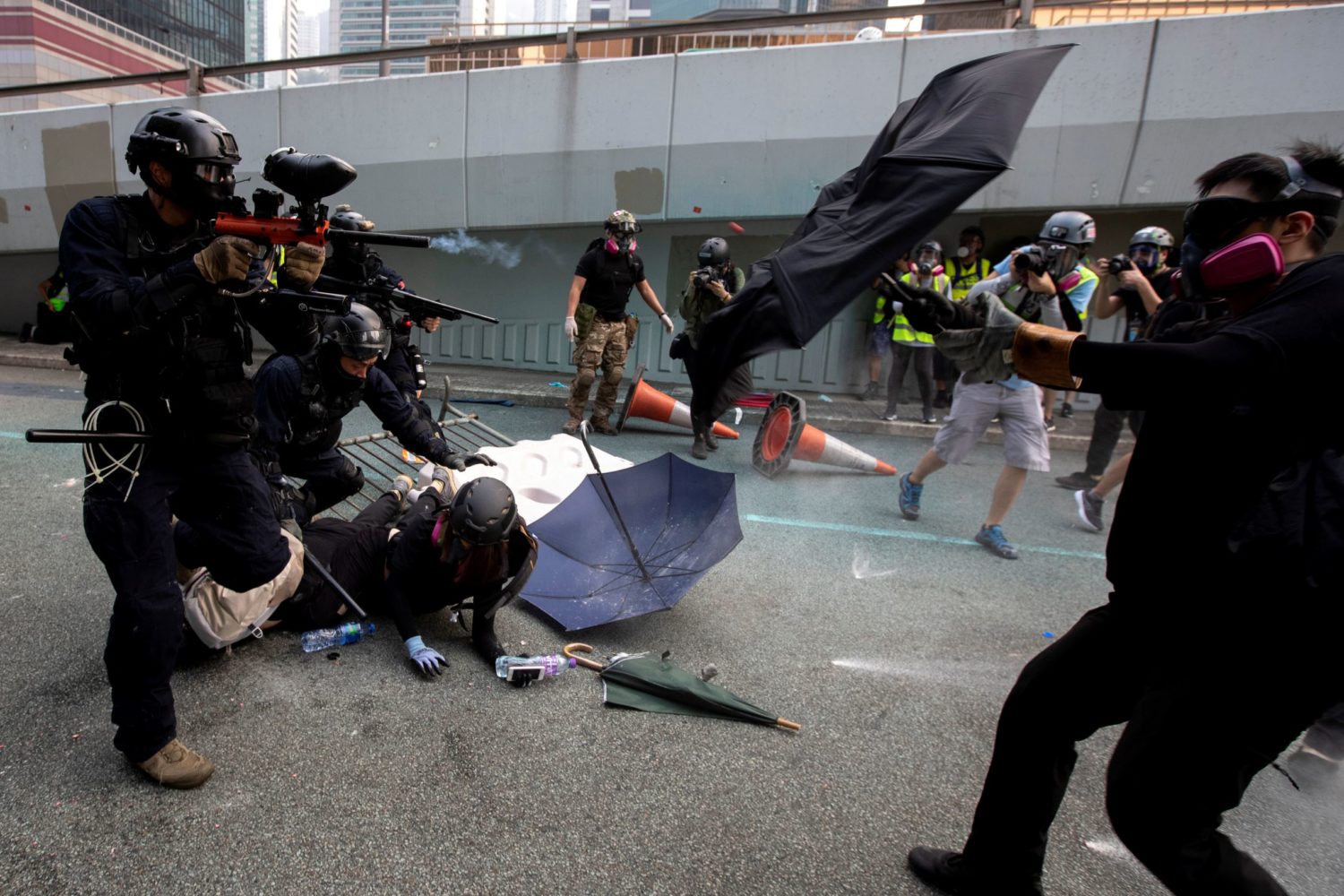 By Clare Jim and Felix Tam

HONG KONG (Reuters) – Hong Kong’s government is expected to discuss sweeping emergency laws on Friday that would include banning face masks at protests, two sources told Reuters, as the Chinese-ruled territory grapples with an escalating cycle of violence.

Authorities have already loosened guidelines on the use of force by police, according to documents seen by Reuters on Thursday, as they struggle to stamp out anti-government protests that have rocked Hong Kong for nearly four months.

The loosening of restrictions on the use of force by police came into effect just before some of the most violent turmoil yet at protests on Tuesday, when a teenaged secondary school student was shot by an officer in the chest and wounded – the first time a demonstrator had been hit by live fire.

The Beijing-backed local government was set to hold a meeting on Friday morning where it was likely to enact a colonial-era emergency law that has not been used in half a century, two sources with knowledge of the matter told Reuters.

Media reports earlier on Thursday of an expected ban on face masks – which hundreds of thousands of protesters wear to conceal their identities and shield themselves from tear gas – sent Hong Kong’s stock market up to a one-week high.

Growing opposition to the former British colony’s government has plunged the financial hub into its biggest political crisis in decades and poses the gravest popular challenge to Chinese President Xi Jinping since he came to power. 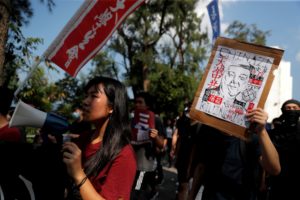 Protesters are angry about what they see as creeping interference by Beijing in their city’s affairs despite a promise of autonomy in the “one country, two systems” formula under which Hong Kong returned to China in 1997.

China dismisses accusations it is meddling and has accused foreign governments, including the United States and Britain, of stirring up anti-China sentiment.

As speculation of an emergency law swirled, riot police moved into districts across Hong Kong that have seen violent clashes between demonstrators and security forces in recent weeks, according to Telegram groups, a popular encrypted messaging app popular with protesters.

Local media Now TV and Cable TV reported the changes to the police procedures manual took effect on Sept. 30, the day before Tuesday’s violence at widespread protests on China’s National Day, during which the student was shot.

Reuters could not confirm when the changes were made, but has seen police documents that showed changes to some guidelines on how officers could act when considering force.

The updated guidelines also removed a line that said “officers will be accountable for their own actions”, stating only that “officers on the ground should exercise their own discretion to determine what level of force is justified in a given situation”.

Police declined to comment when asked if amendments had been made to the manual.

“The guidelines on the use of force involve details of operation. It may affect the normal and effective operation of the police force and work of police on crime prevention if details are made public,” police said in a statement to Reuters.

Hong Kong’s police have long been admired for their professionalism compared with some forces elsewhere in Asia.

But the public has become increasingly hostile towards the force over past weeks amid accusations of heavy-handed tactics. Police say they have shown restraint.

The unrest, which began over opposition to a now-withdrawn extradition bill that would have allowed people to be sent to mainland China for trial, shows no sign of letting up.

Protesters, fired up over the shooting of the young man this week, are planning more demonstrations at shopping malls across 11 districts on Thursday night and throughout the weekend.

Elizabeth Quat, a lawmaker for a pro-Beijing political party, told a news conference the looming ban on face masks under a law giving police broad emergency powers was aimed at stopping “illegal assemblies”.

“This law is not targeting peaceful protesters. It is focused on targeting those rioters who have committed heinous crimes,” she said.

But pro-democracy lawmakers fear the emergency powers could be used to further curtail freedoms.

“To impose an anti-mask law in the current social condition is to further infuriate the people and will definitely be met with escalating violence,” lawmaker Fernando Cheung told Reuters. “This is no different than adding fuel to fire. The result will be riots.”

Goldman Sachs estimated this week that the city might have lost as much as $4 billion in deposits to rival banking center Singapore between June and August.

On Thursday, Lam Chi-wai, chairman of the Junior Police Officers Association, urged the city’s leader to impose a curfew to maintain public order.

“We cannot work alone – clapping only with one hand – without appropriate measures and support from top level,” Lam said.

Tony Tsang, the 18-year-old who was shot at close range as he fought an officer with what appeared to be a white pole on Tuesday, has since been charged with rioting, which carries a maximum 10-year sentence, and assaulting a police officer.

Tsang is in hospital in a stable condition and was not able to attend a court session on Thursday, but his lawyer appeared on his behalf. About 200 supporters turned up to watch the proceedings.

Separately, the lawyer for an Indonesian journalist injured when police fired a projectile during protests on Sunday said she had been blinded in one eye.

The European Union said in a statement it was deeply troubled by the escalation of violence and the only way forward was through “restraint, de-escalation and dialogue”.