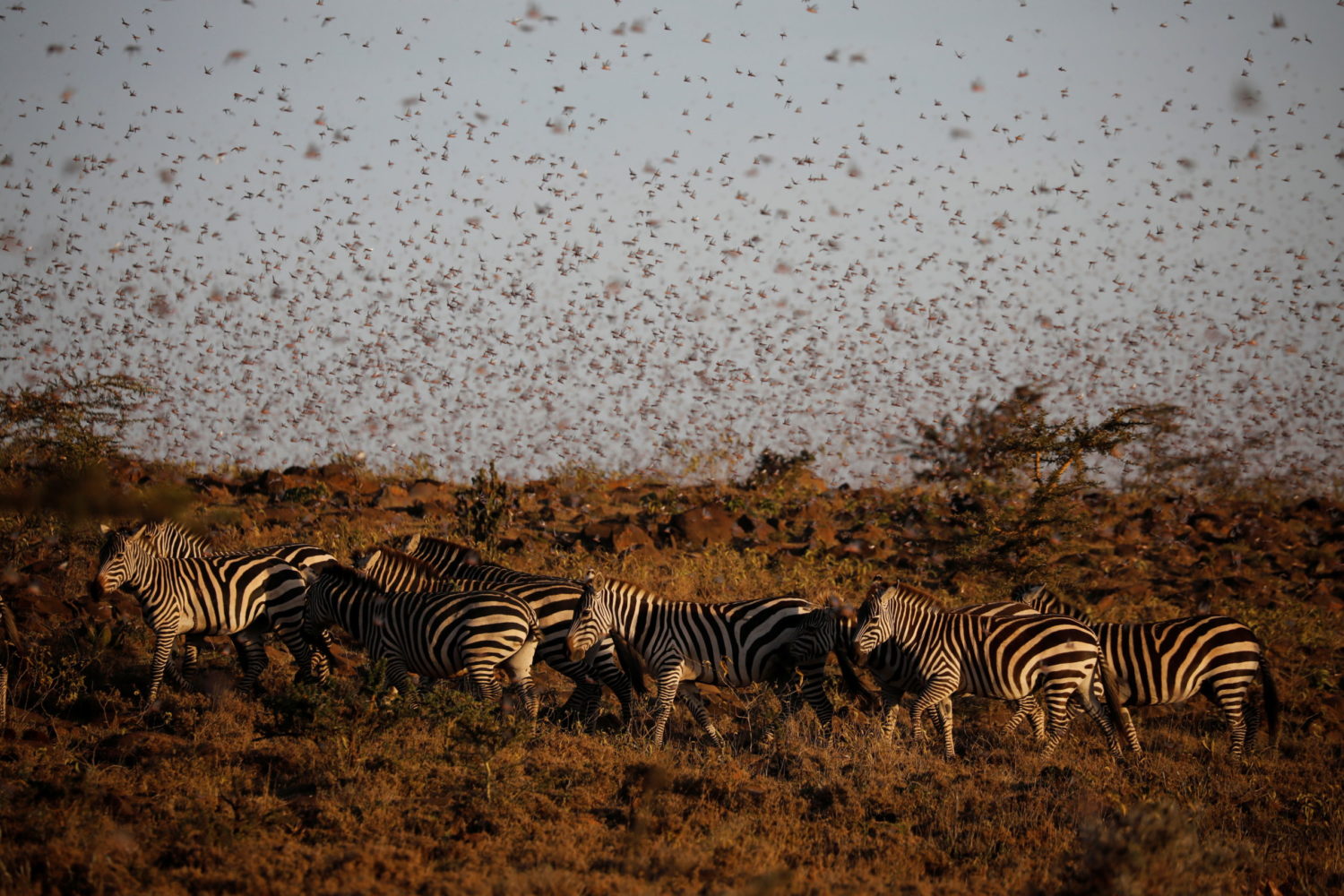 LAIKIPIA (Reuters) – Kenya is battling some of the worst locust plagues in decades, but start-up The Bug Picture hopes to transform the pests into profits and bring “hope to the hopeless” whose crops and livelihoods are being destroyed by the insects.

Unusual weather patterns exacerbated by climate change have created ideal conditions for surging locust numbers, which have destroyed crops and grazing grounds across East Africa and the Horn.

Scientists say warmer seas are creating more rain, waking dormant eggs, and cyclones that disperse the swarms are getting stronger and more frequent.

The Bug Picture is working with communities around the area of Laikipia, Isiolo and Samburu in central Kenya to harvest the insects and mill them, turning them into protein-rich animal feed and organic fertilizer for farms.

“We are trying to create hope in a hopeless situation, and help these communities alter their perspective to see these insects as a seasonal crop that can be harvested and sold for money,” said Laura Stanford, founder of The Bug Picture.

In central Kenya’s Laikipia, clouds of locusts are devouring crops and other vegetation. The Bug Picture is targeting swarms of 5 hectares or less in inhabited areas not suitable for spraying.

Swarms can travel up to 150 km (93 miles) a day and can contain between 40-80 million locusts per square kilometer.

“They destroy all the crops when they get into the farms. Sometimes they are so many, you cannot tell them apart, which are crops and which are locusts,” said farmer Joseph Mejia.

The Bug Picture pays Mejia and his neighbors 50 Kenyan shillings ($0.4566) per kilogram of the insects. Between Feb. 1-18, the project oversaw the harvest of 1.3 tons of locusts, according to Stanford, who said she was inspired by a project in Pakistan, overseen by the state-run Pakistan Agricultural Research Council.

The locusts are collected at night by torchlight when they are resting on shrubs and trees.

“The community … are collecting locusts, once they (are collected) they are weighed and paid,” said Albert Lemasulani, a field coordinator with the start-up.

The insects are crushed and dried, then milled and processed into powder, which is used in animal feed or an organic fertilizer.

Officials in Argentina are currently working to minimize the impacts of the biggest locust plague to affect the country in the past 60 years, The New York Times reported earlier this week.

A warm and wet winter helped boost the locust population, according to the report.

The extermination efforts could become more complicated in a matter of days, an agricultural official told the newspaper, as the locusts are expected to take flight and search for food.

Argentinian farmers are no stranger to the effects swarms can have on agriculture, The New York Times reported, and are preparing for the potential impact on crops and grazing lands.