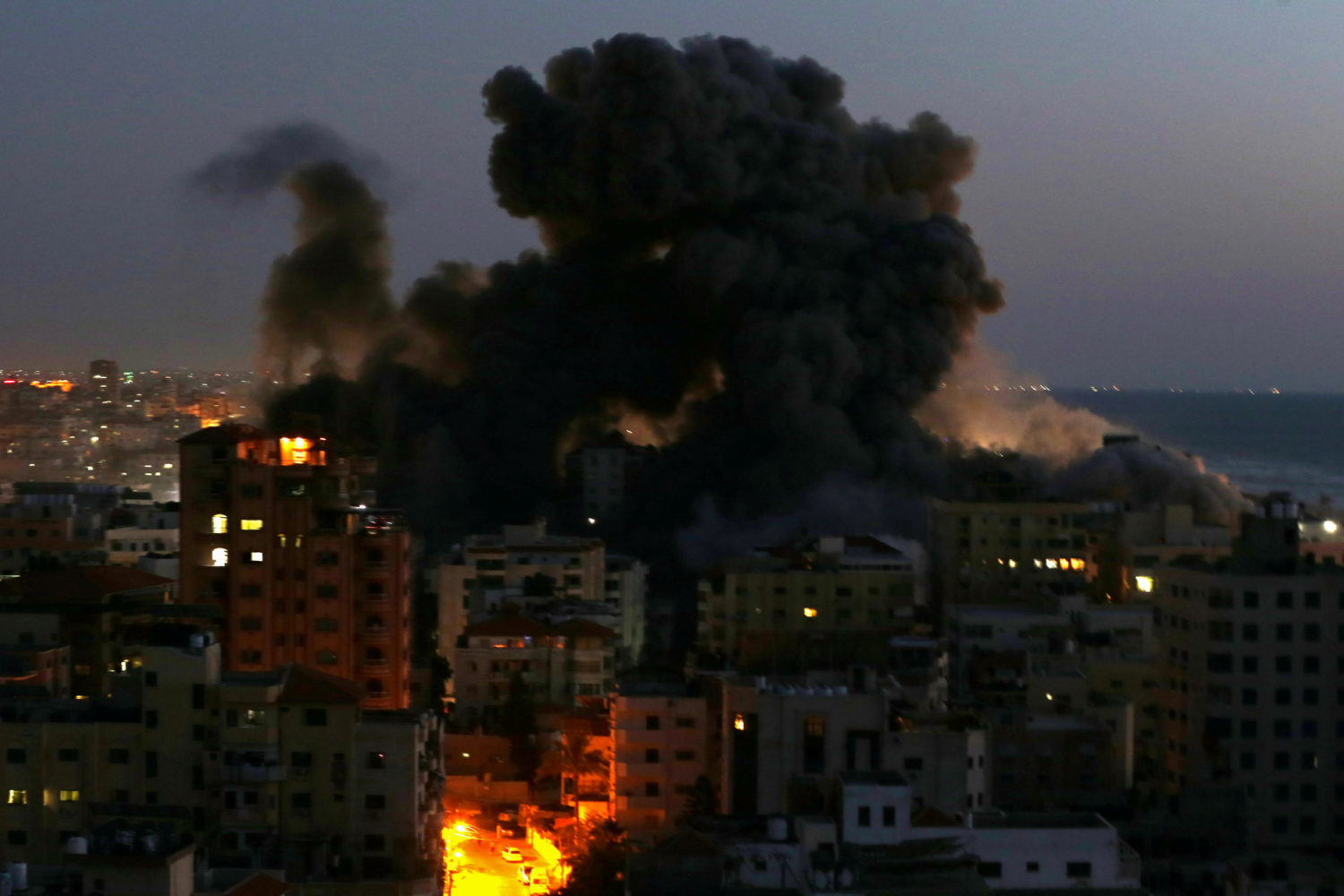 By Rami Ayyub and Ronen Zvulun

LOD, Israel (Reuters) -Jews cleared Torah scrolls from a torched synagogue on Wednesday and burnt-out cars lined nearby streets in an ethnically mixed Israeli town hit by violence denounced by the president as “unforgivable” acts by Arabs incensed at air strikes on Gaza.

Moving to head off further violence in Lod, which has also seen assaults by Jews on Arab passersby, police declared a night-time curfew and deployed heavily armed reinforcements.

In several other areas populated by Israel’s 21% Arab minority, Palestinian flags adorned electricity poles and hundreds of residents have turned out for protests, sometimes clashing with police or Jewish residents.

“We have lost control of the city and the streets,” Lod Mayor Yair Revivo told Channel 12 News after nightly confrontations in which an Arab townsman was shot dead, a killing in which two Jewish suspects have been arrested.

Scores of other people have been arrested in Lod and in majority-Arab towns in central and northern Israel, including Umm al-Fahm along the West Bank border and Jisr al-Zarqa on the Mediterranean coast, police said.

“The sight of the pogrom in Lod and the disturbances across the country by an incited and bloodthirsty Arab mob … is unforgivable,” he said, calling the flying of the Palestinian flag by protesters “a brutal assault on shared existence”.

Israel’s Arab minority – Palestinian by heritage, Israeli by citizenship – is mostly descended from the Palestinians who lived under Ottoman and then British colonial rule before staying in Israel after the country’s 1948 creation.

Most are bilingual in Arabic and Hebrew, and feel a sense of kinship with Palestinians in the occupied West Bank and the Gaza Strip. They often complain of systemic discrimination, unfair access to housing, healthcare, and education services.

Tension in Arab-Jewish towns has risen as Israel conducted air strikes in Gaza and Palestinian militants fired rockets into Israel in an escalation of violence since clashes in East Jerusalem on Monday morning.

Ibrahim, an Arab councilor with the Lod municipality, said: “What is happening now is (an) uprising that is going on (in) cities like Ramle, Lod, Jaffa, Acre and Haifa,” calling events in Gaza and Jerusalem a “red line” for Arabs.

In the coastal city of Acre, Uri Buri, a Jewish-owned fish restaurant, was set fire to and some Arab residents said they were scared to leave home.

In Jaffa, near Tel Aviv, Arab protesters clashed with police firing stun grenades to disperse them.

“We condemn that our people’s solidarity and cohesion with our brethren in Jerusalem and the Gaza Strip is being channeled through acts of sabotage to public and private property, as is now happening at Umm al-Fahm’s entrance,” said Samir Mahamid, Mayor of Umm al-Fahm.

Neighbourhoods with Arab residents, including Lod and Jaffa, were among those where sirens were triggered by rocket fire. An Arab resident of Lod and his daughter were killed on Wednesday when a vehicle was hit by a rocket, Israeli authorities said.

In Haifa and Jaffa, and in the Arab city of Nazareth, protesters have chanted slogans in support of Palestinians facing eviction from an East Jerusalem neighborhood under a long-running legal case.

Arab citizens of Israel were among the thousands of protesters who have faced off in recent days with Israeli police near Al-Aqsa mosque and elsewhere in Jerusalem’s Old City.

A spokesman for the Hamas Islamist militant group in Gaza encouraged Arab citizens to “rise up” against “our enemy and yours”.