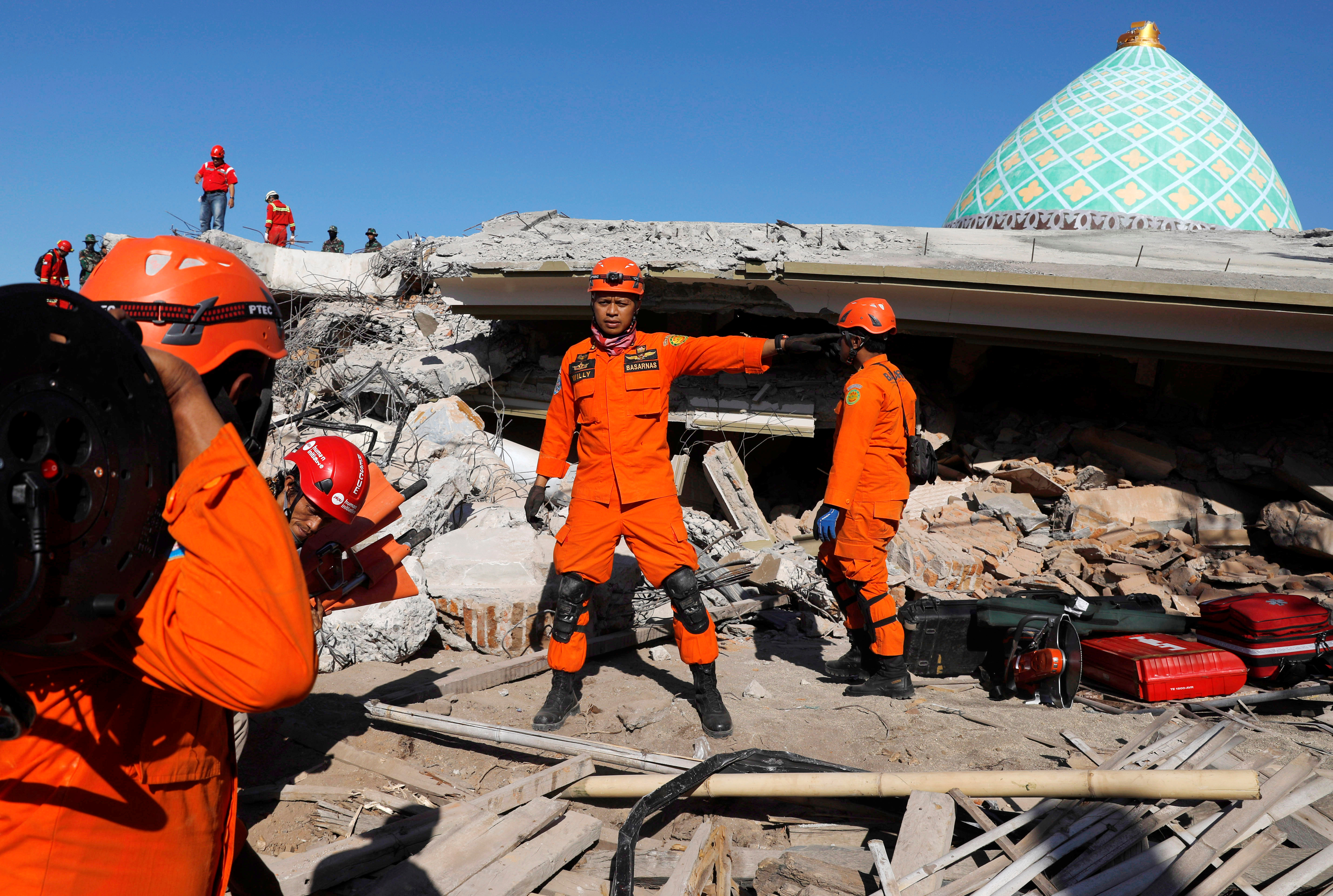 By Angie Teo and Kanupriya Kapoor

“We don’t know for sure how many people are alive under the rubble,” Sutopo Purwo Nugroho, the spokesman for Indonesia’s disaster mitigation agency (BNPB) told reporters in Jakarta. 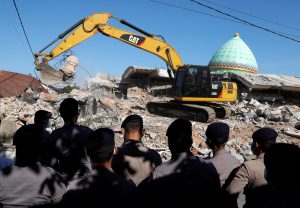 Policemen stand as heavy equipment move debris for try to find people trapped inside a mosque after an earthquake hit on Sunday in Pemenang, Lombok Island, Indonesia, August 8, 2018. REUTERS/Beawiharta

“There are reports … that there are people buried alive, it is a critical time for immediate evacuation,” he added, without giving details.

BNPB had previously put the number of dead at 105, including two on the western neighboring island of Bali, which also felt the 6.9 magnitude quake. Sutopo said the figure would rise still further.

Lombok had already been hit by a 6.4 magnitude earthquake on July 29 that killed 17 people and briefly stranded several hundred trekkers on the slopes of a volcano.

Indonesia sits on the Pacific Ring of Fire and is regularly hit by earthquakes. In 2004, the Indian Ocean tsunami killed 226,000 people in 13 countries, including more than 120,000 in Indonesia.

A woman was pulled alive on Tuesday from under a grocery store that fell apart in the rural north of the tropical holiday island, near the epicenter of Sunday’s quake.

Rescuers dug through the rubble of a mosque on Wednesday, hoping to reach the aunt of a sprinter who became a national hero last month at the under-20 world championships in Finland.

Salama, 52, was at a prayer class in the Karangpangsor village mosque when the quake struck. She is an aunt by marriage of Lalu Muhammad Zohri, who just over a year ago could barely afford running shoes and was hardly known outside his village.

The 18-year-old became a household name almost overnight in July when he won the 100 meters gold at the World Junior Championships in Tampere, Finland. Now he carries the hopes of Indonesia at the Asian Games that the Southeast Asian nation is preparing to host in the next few weeks.

He lives two doors away from his aunt’s home.

Rescuers used a mechanical digger to clear a jumble of metal rods and concrete beside the still-intact green dome of the mosque, but there were no signs that the woman was alive and relatives appeared to have lost hope.

“Hopefully, now, with the arrival of heavy equipment, we can get her remains back,” said Husni, another family member. 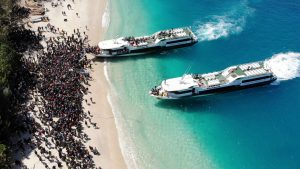 Boats arrive at shore to evacuate people on the island of Gili Trawangan, Lombok, Indonesia, August 6, 2018, in this still image taken from a drone video obtained from social media. Melissa Delport/@trufflejournal/via REUTERS

As hopes of finding more survivors faded, a humanitarian crisis loomed for thousands left homeless and in desperate need of clean water, food, medicine, and shelter.

About three-quarters of Lombok’s north has been without electricity since Sunday, officials said, and aid workers are finding some hamlets hard to reach because bridges and roads were torn up by the disaster.

“Teams are speaking of coming across ghost towns, villages that have essentially been abandoned,” Matthew Cochrane of the International Federation of Red Cross and Red Crescent Societies said in Geneva on Tuesday.

He added that 80 percent of buildings had been damaged or destroyed, with thousands displaced.

Thousands of tourists have left Lombok since Sunday, fearing further earthquakes, some on extra flights provided by airlines and others on ferries to Bali.

Officials said that nearly 8,400 tourists and resort workers had been evacuated from the three Gili islands off the northwest coast of Lombok, where two people died, emptying out a destination popular for its white beaches and turquoise waters.