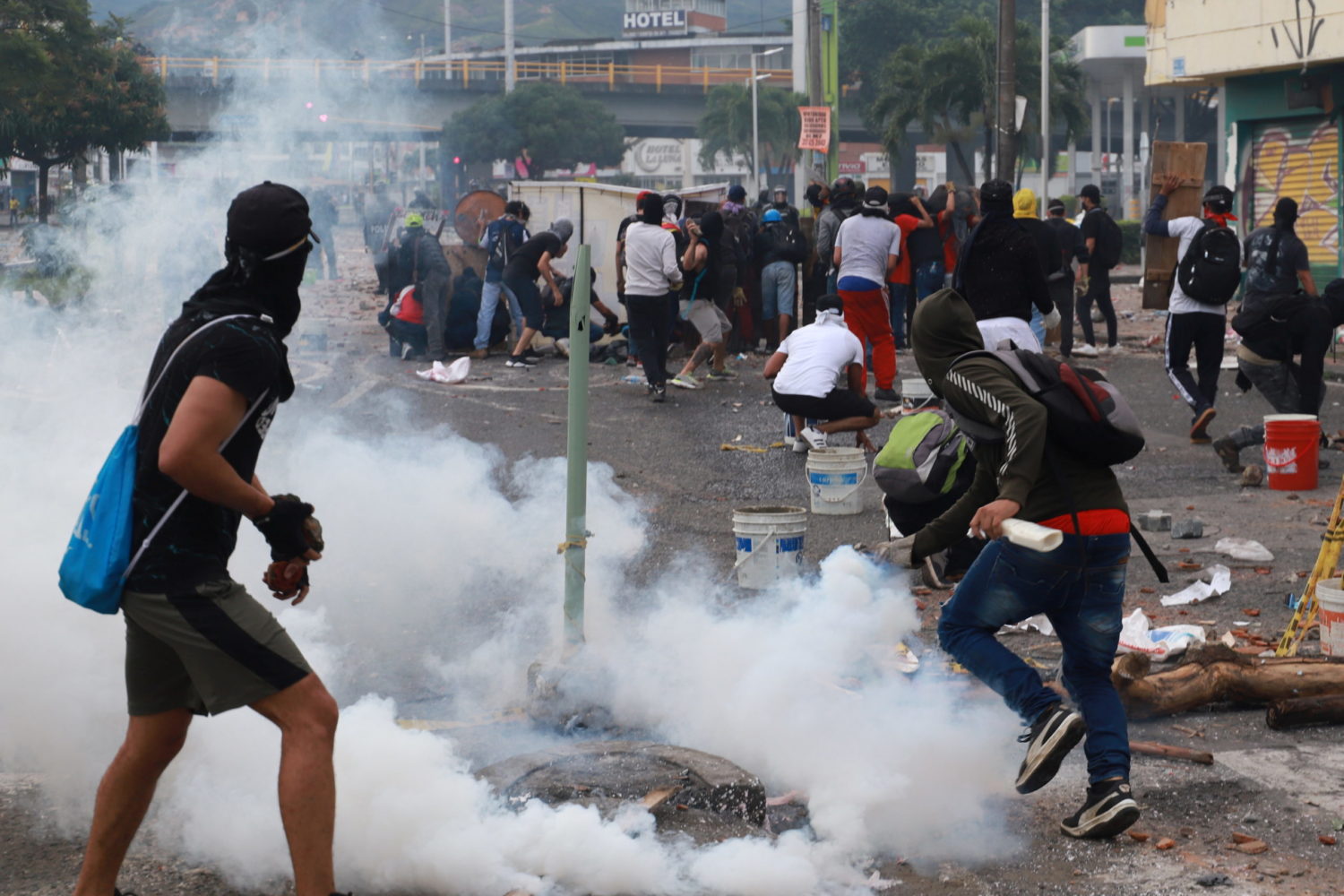 BOGOTA (Reuters) – The United Nations and European Union on Tuesday urged calm and warned of the use of excessive force amid further protests against the administration of Colombian President Ivan Duque, while local authorities in epicenter Cali reported a further five deaths and 33 injuries.

The protests – originally called in opposition to a now-canceled tax reform – have become a broad cry for action against poverty and what demonstrators and some advocacy groups say is police violence.

The western city of Cali has become the focus of protests since they began almost a week ago and is the site of 11 of the 19 deaths confirmed by the Andean country’s human rights ombudsman on Monday.

The national police has said it will investigate more than two dozen allegations of brutality, while the defense minister has alleged illegal armed groups are infiltrating the protests to cause violence.

“Preliminarily what we know is there were five people killed (and …) 33 injured,” Carlos Rojas, security secretary of Cali told journalists on Tuesday, referring to the night before.

Some 87 people have been reported missing nationally since the protests started, according to the human rights ombudsman.

Intermittent road blockades are delaying shipments out of key Pacific port Buenaventura, according to local authorities.

The United Nation’s Office of the High Commissioner for Human Rights urged calm and warned of police shootings.

“We are deeply alarmed at developments in the city of Cali in Colombia overnight, where police opened fire on demonstrators protesting against tax reforms,” spokesperson Marta Hurtado said in a Tuesday statement.

The European Union also called for security forces to avoid a heavy-handed response.

Protests have so far led to the withdrawal of the original reform and the resignation of Finance Minister Alberto Carrasquilla.

Duque has said his government will draw up another proposal – the result of consultations with lawmakers, civil society and businesses.

New Finance Minister Jose Manuel Restrepo will need to convince Colombians, many of whom have seen their incomes battered by coronavirus lockdowns, that reform is vital, former Finance Minister Mauricio Cardenas told the Reuters Global Markets Forum on Tuesday.

Restrepo “has a huge challenge ahead” Cardenas said.

Anger over long-standing inequalities in the nation of 50 million was a theme of 2019 protests, while police brutality was a focus at 2020 demonstrations.

Major unions, which are planning national marches again on Wednesday, say the government has not lived up to promises of dialogue with civil society.

Marchers on Wednesday will call for a basic income guarantee, the withdrawal of a government health reform proposal and the dissolution of the ESMAD riot police.

Duque has offered military assistance to protect infrastructure and guarantee access to essential services, though mayors of cities including Bogota and Medellin said it was unnecessary.