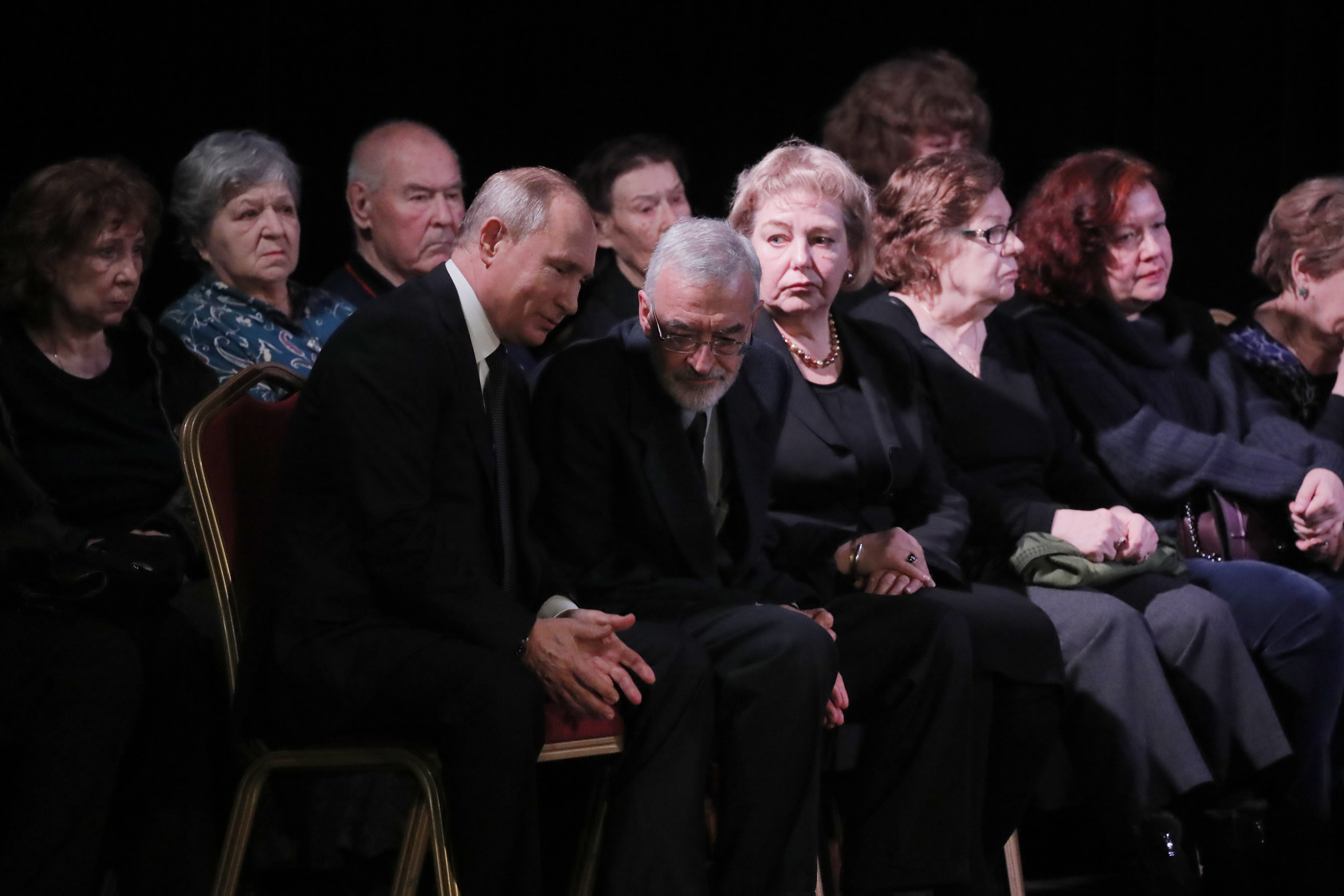 MOSCOW (Reuters) – Kremlin critics accused President Vladimir Putin of hypocrisy for attending the wake on Tuesday of a veteran Soviet and Russian dissident who was a staunch critic of his administration.

Putin has been accused by rights groups of muzzling the media, jailing his opponents and clamping down on civil society over the 19 years in which he has dominated Russia’s political landscape and enjoyed consistently high popularity ratings. 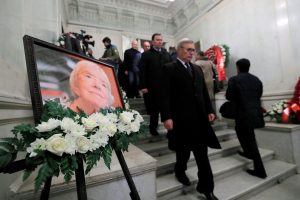 People walk past a picture of the founder of Russia’s oldest human rights group and Sakharov Prize winner, Lyudmila Alexeyeva, during her memorial service in Moscow, Russia December 11, 2018. REUTERS/Maxim Shemetov

The president joined hundreds of others who paid their respects at the open-cask ceremony for Lyudmila Alexeyeva, the founder of Russia’s oldest human rights group who died on Saturday aged 91.

But while Putin attended, a notable absentee was Alexeyeva’s fellow human rights veteran Lev Ponomaryov, jailed last week for calling in a Facebook post for rallies in support of activists at two political groups that authorities have labeled extremist.

“Instead of Lev Ponomaryov, Vladimir Putin will bid farewell to Alexeyeva. This is what it means to spit on someone’s grave,” journalist and long-standing Kremlin critic Viktor Shenderovich wrote on Facebook.

Ponomaryov, 77, is serving a 16-day sentence. A court rejected his appeal for dispensation to go to the funeral.

Asked on Monday about Putin’s possible attendance, Kremlin spokesman Dmitry Peskov said it would be impossible for the president to not pay his respects on the same day that he was due to meet the Kremlin human rights council, on which Alexeyeva sat for many years.

Alexeyeva went into exile during the Communist era, returning to Russia after the break-up of the Soviet Union. She was briefly detained by police at an anti-Kremlin protest at the age of 82 in 2009 and denounced Russia’s annexation of Crimea in 2014.

Putin laid a bouquet at her cask and sat briefly nearby, exchanging words with another attendee before leaving through a side exit.

“But it’s entirely obvious that human rights defenders, environmentalists and in fact everyone who disagrees with the authorities’ course are persecuted in Russia with his (Putin’s) silent agreement.”