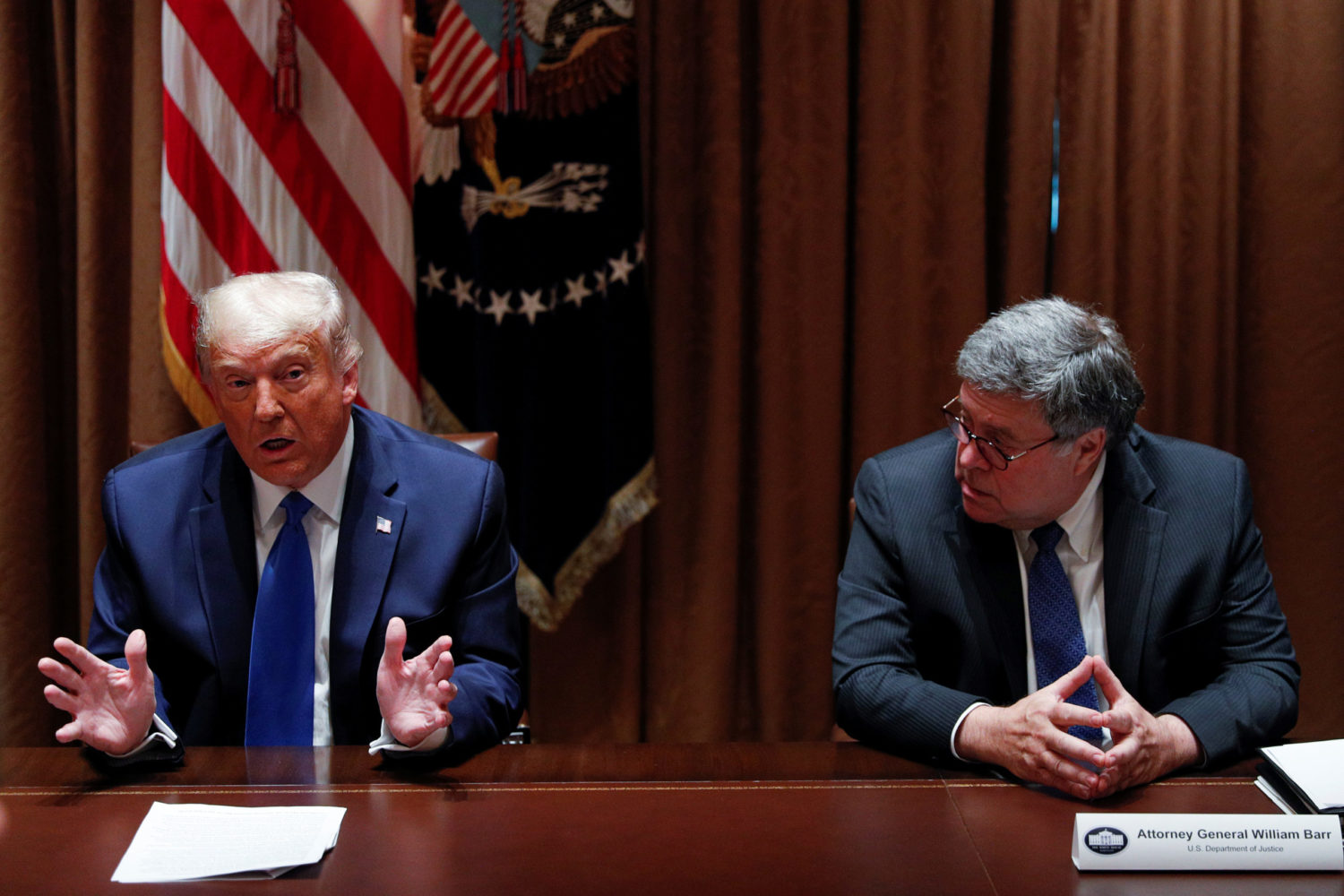 WASHINGTON (Reuters) – U.S. President Donald Trump on Thursday declined to say whether he still had confidence in U.S. Attorney General William Barr after the Department of Justice chief this week said there was no sign of major fraud in last month’s presidential election.

Barr told the Associated Press in an interview on Tuesday the department found no evidence of widespread voter fraud. But Trump, speaking to reporters at the White House, said Barr had not searched for any evidence.

“Well he hasn’t done anything. So, he hasn’t looked,” Trump said in the Oval Office. “They haven’t looked very hard, which is a disappointment to be honest with you, because it’s massive fraud.”

Trump’s legal team has accused Barr of failing to conduct a proper inquiry or audit voting machines, a task that does not fall to the Justice Department during an election.

Barr told the AP there had been confusion over the department’s role in U.S. elections, and that civil lawsuits like those being pursued by Trump’s campaign were the appropriate legal venue.

A Justice Department spokeswoman declined to comment on the president’s remarks.