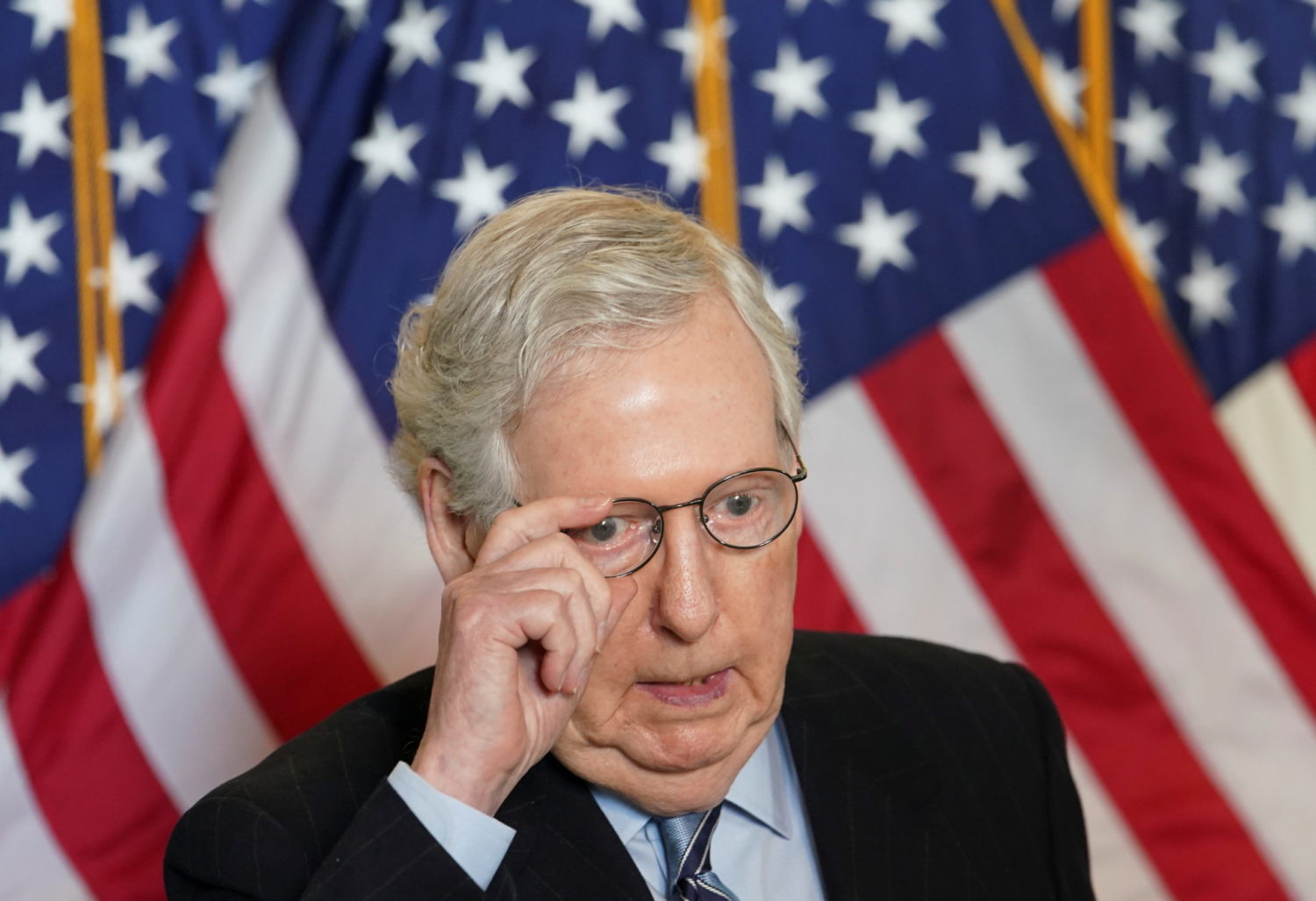 WASHINGTON (Reuters) -U.S. Senate Minority Leader Mitch McConnell on Thursday said he will fight President Joe Biden’s $2 trillion infrastructure plan “every step of the way” and predicted the sweeping package would not see support from Republican lawmakers in Congress.

At a news conference in Owensboro, Kentucky, McConnell said the Biden proposal underscores deep philosophical differences between Republicans and Democrats over taxes and the national debt. He told reporters that he does not believe the White House has a public mandate to pursue the plan.

“I’m going to fight them every step of the way, because I think this is the wrong prescription for America,” he said.

Biden’s infrastructure plan, unveiled on Wednesday, charts a course for dramatic change in the direction of the U.S. economy and includes investments in traditional projects like roads and bridges along with climate change initiatives and human services like elder care.

Biden has proposed funding the package by raising the tax rate on U.S. corporations to 28% from 21% and making it harder for companies to use offshore tax shelters and other methods to reduce their tax burdens.

McConnell warned that “massive tax increases” would harm the economy and said the package’s spending level could run up the debt. The White House says the infrastructure proposal would more than pay for itself.

“My view about infrastructure is, we ought to build that which we can afford and not either whack the economy with major tax increases or run up the national debt,” he said.