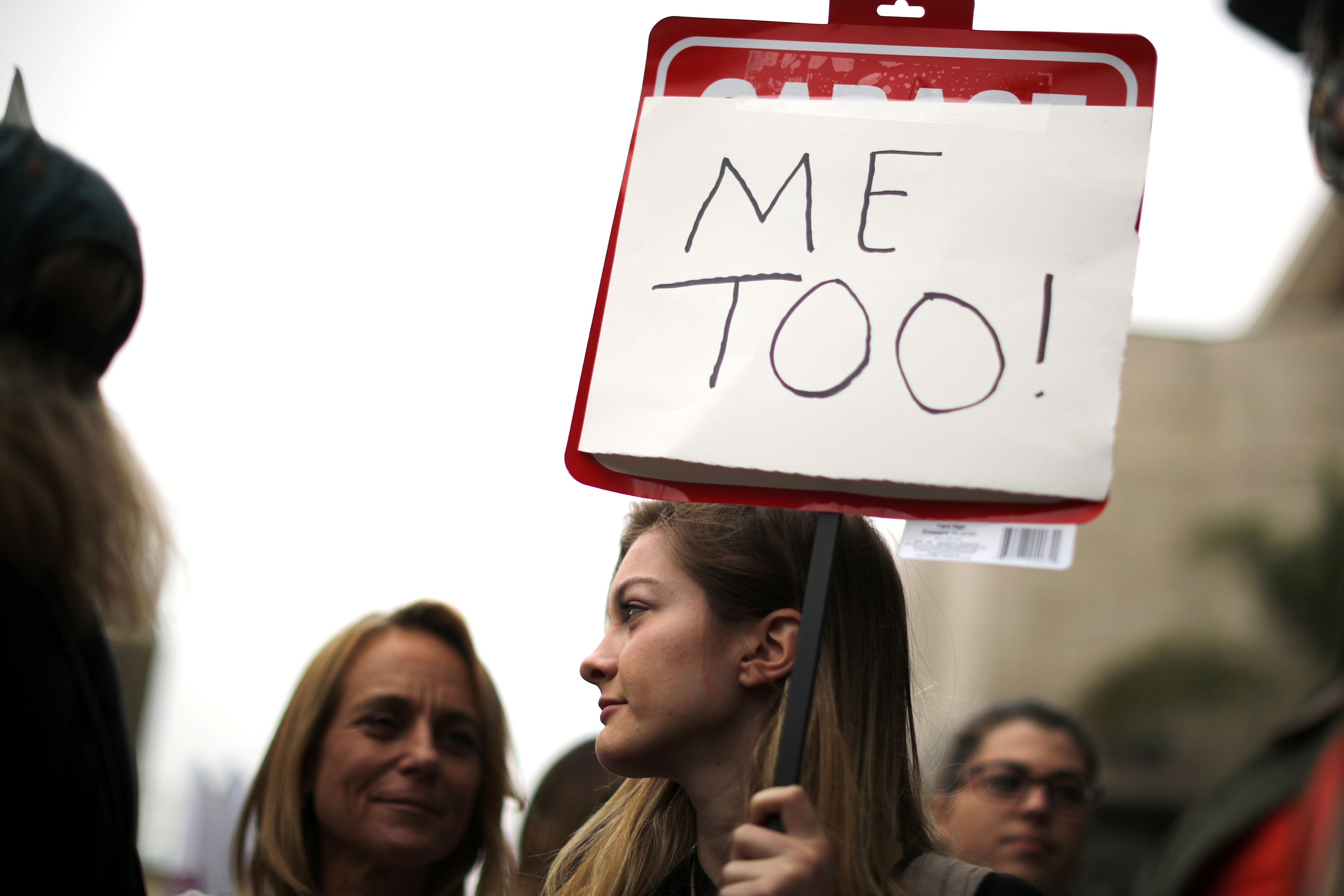 NEW YORK (Reuters) – Americans differ widely in their views of what constitutes sexual harassment, with age and race as well as gender throwing up the dividing lines, posing a challenge for those who police for such conduct in the workplace.

The issue has been thrown into the national spotlight as a string of prominent men in U.S. politics, entertainment and the media have been felled by allegations of sexual misconduct in recent months.

A Reuters/Ipsos national opinion poll, released on Wednesday, asked more than 3,000 American adults to consider eight different scenarios and then prompted them to decide if they would personally label each to be an example of sexual harassment. The variation in responses showed a need for employers to spell out expected standards, employment experts said.

While most adults in the Dec. 13-18 poll agreed that acts such as intentional groping or kissing “without your consent” amounted to sexual harassment, they disagreed over a number of other actions.

When asked about “unwanted compliments about your appearance,” for example, 38 percent of adults said this amounted to sexual harassment, while 47 percent said it did not.

The U.S. Equal Employment Opportunity Commission, a federal agency that enforces workplace discrimination laws, says sexual harassment can include unwelcome sexual advances as well as other verbal or physical conduct of a sexual nature that affects an individual’s employment, interferes with their performance or creates an intimidating or hostile work environment.

But courts have disagreed on when individual actions cross the line into harassment. And many workplace sexual harassment cases are settled by employers before they ever reach a court, so there is not a constant judicial airing of standards.

Since people come to work with different ideas of what is appropriate, managers should train their employees and develop clear lines of conduct so that there are no misunderstandings, said Suzanne Goldberg, director of the Center for Gender and Sexuality Law at Columbia Law School.

“The onus is on employers” to set the tone, Goldberg said. “Even if the co-workers don’t object or go to management to complain.”

In the Reuters/Ipsos poll, for example, 19 percent of men said that touching someone intentionally without their consent was not sexual harassment, compared with 11 percent of women. The poll did not specify exactly what was meant by non-consensual touching.

Fifty-two percent of people from racial minorities said that they considered non-consensual hugging to be sexual harassment, compared with 39 percent of whites.

While most adults said they thought that it was sexual harassment to send “pornographic pictures” to someone without their consent, younger people appeared to be more permissive.

Experts in sexual harassment law said it is understandable that women, especially women who are racial minorities, define sexual harassment differently than men, given that many have experienced it first-hand.

“Men do not cross the street to avoid people,” said Joanna Grossman, a law professor at Southern Methodist University who specializes in workplace equality. “Virtually all women do, whether or not they’ve been attacked before. It’s part of growing up in a group that’s been victimized for so long.”

Clear workplace standards would help everyone, including those who are accused of sexual harassment, said Minna Kotkin, director of the Brooklyn Law School Employment Law Clinic.

Kotkin, whose clinic provides legal help for people dealing with sexual harassment in the workplace, said she recently advised a man who said he was fired because he misunderstood where the line had been set.

“He worked in retail, and this was a place where there was sexual banter going around,” Kotkin said. “And one day he made a comment about a co-worker’s breasts. And then later she claimed that he grabbed her by the waist.”

“He got fired, and he was really surprised,” she said. “He thought that conduct was part of their relationship … But the question is, maybe this woman tolerated this all along and then finally had enough?”

The Reuters/Ipsos poll was conducted online in English throughout the United States. It has a credibility interval, a measure of accuracy, of 2 percentage points for the entire sample. The credibility interval is higher for subsets based on gender, age and race, as the sample size is reduced. 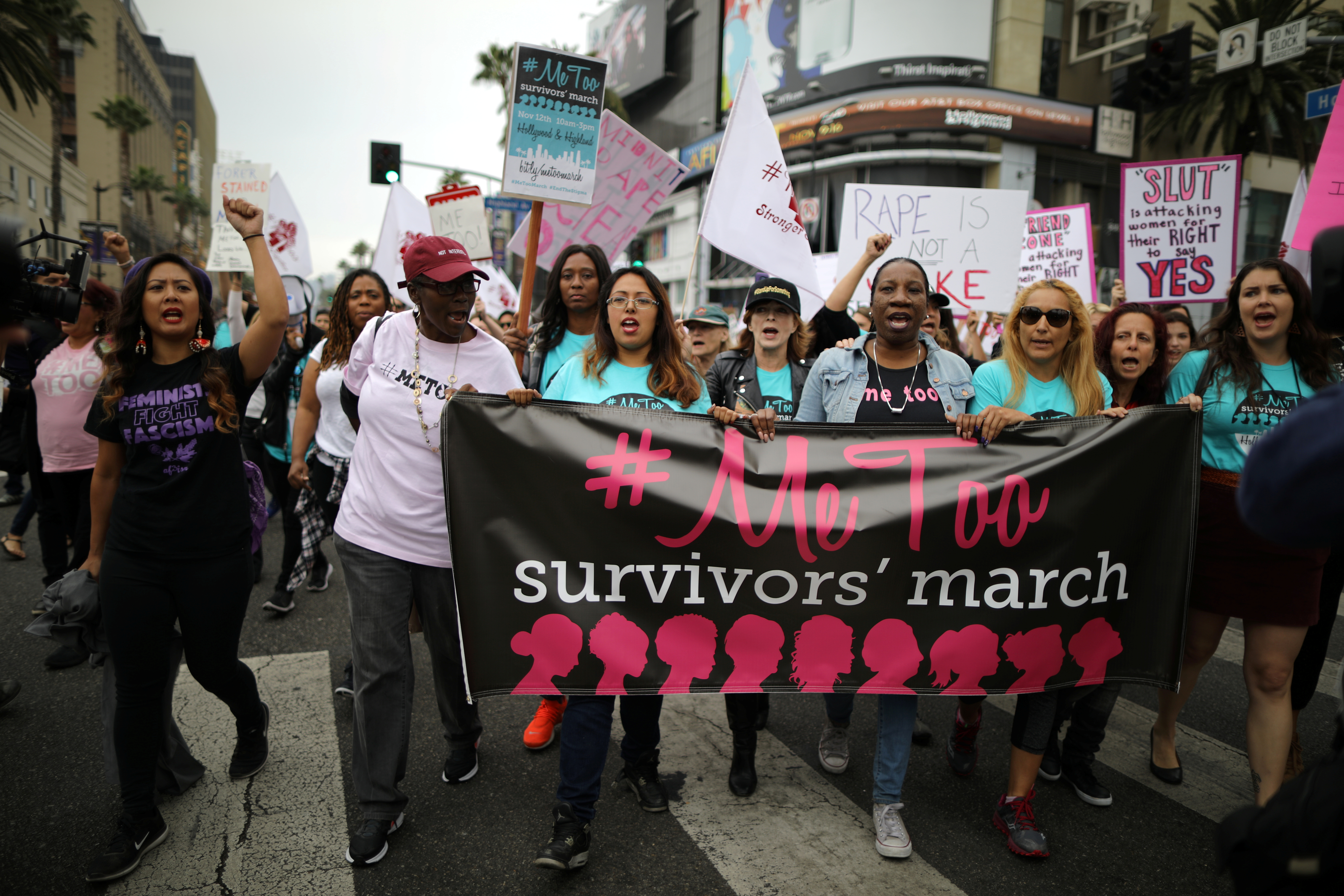 By Jane Ross and Laith Agha

LOS ANGELES (Reuters) – Hundreds of people marched in the heart of Hollywood on Sunday to support victims of sexual assault and harassment, inspired by a social media campaign that has portrayed such abuse as a pervasive feature of American life.

The #MeToo march and rally followed a relentless series of accusations by men and women who said they were victimized by high-powered figures in the entertainment industry. But marchers said they also represented men and women who had been sexually abused as children and in other situations.

“I’ve been sexually assaulted multiple times throughout my life,” said marcher Tara McNamarra, 21, of Los Angeles. “It’s affected me in every aspect of my life.”

She said the march was cleansing after years of not being taken seriously about having been abused.

Women made up a majority of the crowd, although men made a strong showing of support.

Steven Murphy, 51, of Los Angeles, said he regularly witnessed sexual harassment while working as an accountant in the healthcare industry.

“I’ve had personal experiences of friends, of co-workers who were harassed, and nothing ever came of it,” Murphy said. “They were made out to be the guilty ones. They were pressured and harassed by the company for speaking out against assault and sexual harassment in the workplace.”

The marchers started at the corner of Hollywood Boulevard and Highland Avenue, walking along the noted “Walk of Fame” until they reached the Los Angeles headquarters of news network CNN at Sunset and Cahuenga Boulevards.

Along the way, participants noted the stars of actors and producers accused of sexual harassment.

The allegations have inspired an online campaign, tagged #MeToo, that has encouraged men and women in all walks of life to reveal their own experiences with sexual harassment and assault, often years after they occurred.

Among the most recent allegations, five women detailed sexual misconduct accusations against Emmy-winning comedian Louis C.K. in The New York Times on Thursday. He admitted to the misconduct alleged against him in a statement on Friday and apologized for his actions.

More than 50 women have said that Hollywood producer Harvey Weinstein sexually harassed or assaulted them over the past three decades. Weinstein has denied having non-consensual sex with anyone. Reuters has been unable to independently confirm any of the allegations.

Earlier this month, actor Kevin Spacey apologized to actor Anthony Rapp, who had accused him of trying to seduce him in 1986 when Rapp was 14. Spacey’s representatives said later he was seeking treatment.

Eight current and former employees of the Netflix TV show “House of Cards,” who were not identified, also have accused Spacey, the star of the show, of sexual misconduct, CNN has reported.