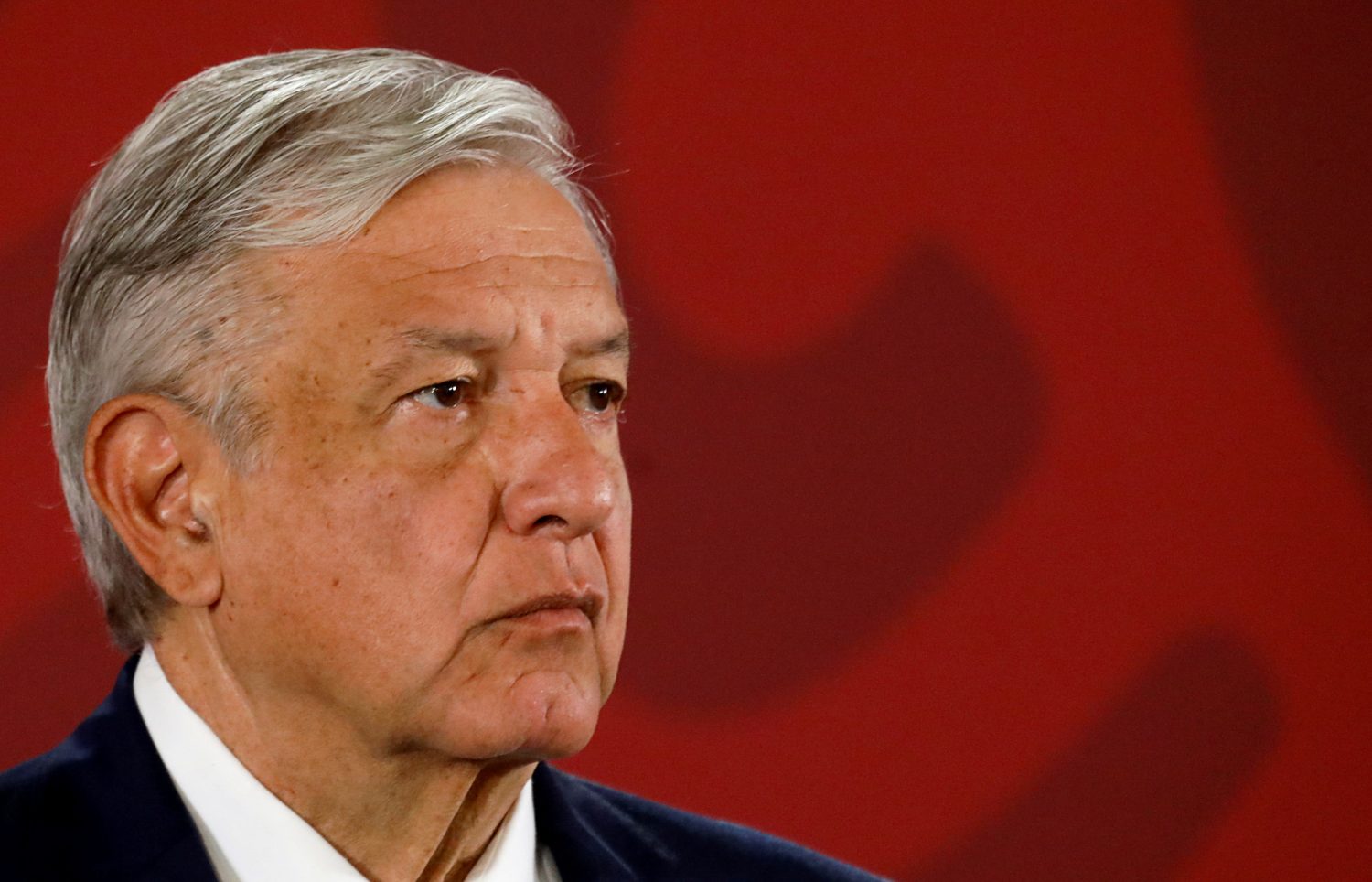 MEXICO CITY (Reuters) – Mexico’s president said on Monday his country was “doing well” in addressing U.S. demands to contain illegal immigration and that Mexican and American officials will meet on Sept. 10 to take stock of the situation after a key deadline expires.

In June, Mexico’s government averted a threat by U.S. President Donald Trump to impose tariffs on all Mexican exports if it did not act by vowing to take tougher measures to curb a surge in U.S.-bound migrants within 90 days.

In late July, after an initial 45-day period to evaluate progress, U.S. Secretary of State Mike Pompeo praised Mexico’s efforts but said he would circle back with Trump about how to proceed.

The Trump administration has pressured Mexico to become a so-called safe third country for asylum seekers, which would require Central Americans to apply for refuge in Mexico rather than the United States.

Mexico rejects that demand, saying the measure is inappropriate and unnecessary.

Mexican President Andres Manuel Lopez Obrador struck an upbeat note at his regular morning news conference on Monday when he noted the 90-day period would conclude on Sept. 5.

“We’re fulfilling the commitment we made … we’re doing well,” he said.

Migrant apprehensions on the U.S. southern border fell in June to some 100,000 people, according to U.S. data, after Mexico enforced new measures including the deployment of militarized National Guard police to its borders. 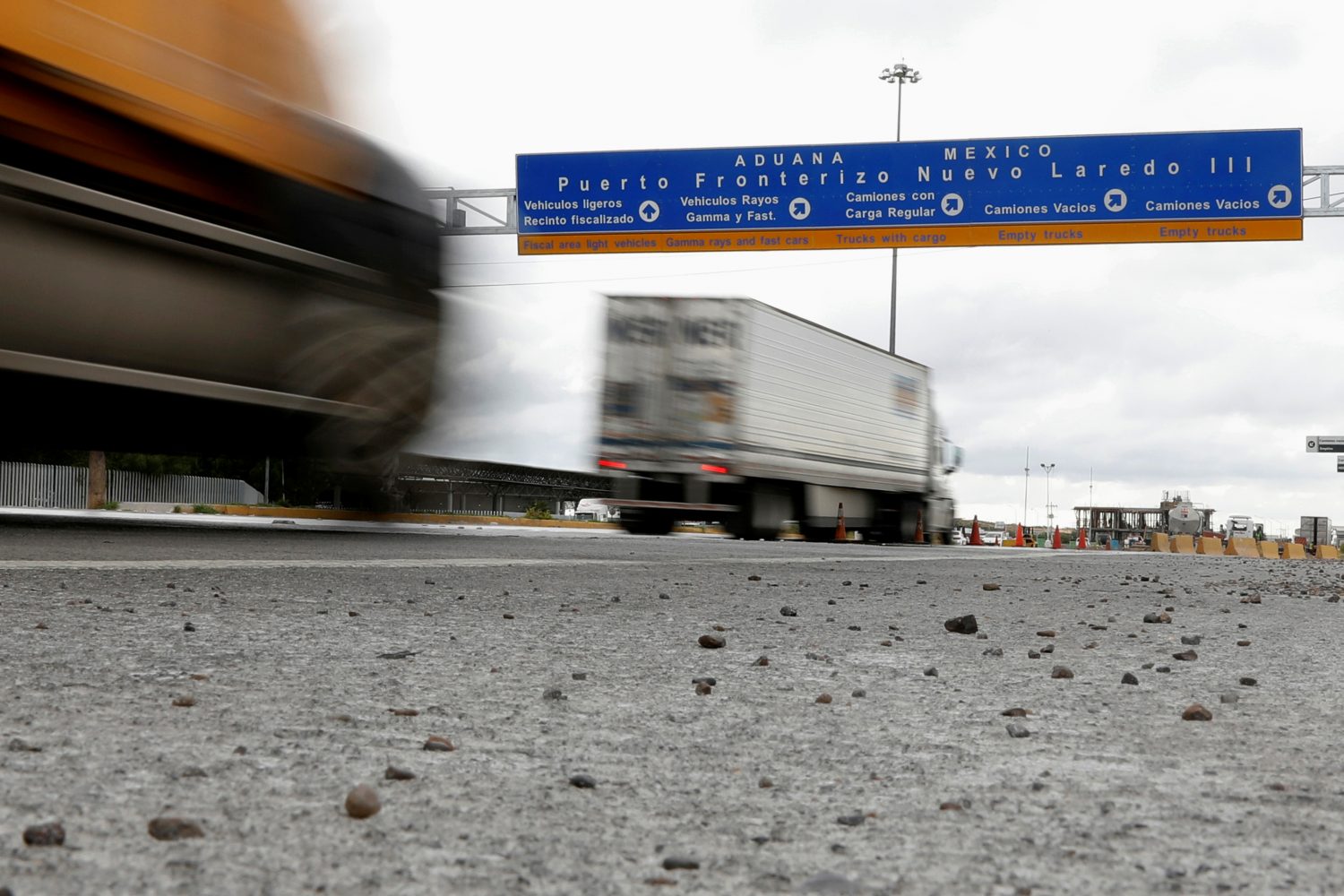 WASHINGTON (Reuters) – Mexican and U.S. officials are set to resume talks on trade and migration on Thursday, with the United States resisting calls from its southern neighbor, businesses and some Republican lawmakers to ease up on a plan to impose import tariffs on Mexico.

Vice President Mike Pence, who led an initial round of negotiations in Washington on Wednesday, said talks were positive but emphasized the Trump administration still wants Mexico to commit to working harder to combat illegal immigration.

“We welcomed the efforts of the Mexican officials to offer solutions to the crisis at our southern border, but we need Mexico to do more,” Pence said on Thursday.

He was echoing President Donald Trump, who said on Wednesday that “not nearly enough” progress was made in the first round of talks, and warned that the tariffs would go into effect on Monday if Mexico cannot help stem the flow of mostly Central American migrants heading for the U.S. border.

Last week, Trump said Mexico must take a harder line on migrants or face 5% tariffs on all its exports to the United States from June 10, rising to as much as 25% later this year.

The unexpected announcement rattled global financial markets and even Trump’s fellow Republicans fretted about the potential economic impact on U.S. businesses and consumers who would have to absorb the costs.

Staff-level meetings are scheduled to begin at 2 p.m. (1800 GMT) on Thursday with Mexican officials at the White House, a White House official said. Mexican Foreign Minister Marcelo Ebrard earlier had meetings at the U.S. State Department.

The immigration issue came into sharper focus on Wednesday with news that U.S. border officers said they apprehended more than 132,000 people crossing from Mexico in May, the highest monthly total in more than a decade and reaching what officials said were “crisis” levels.

German bond yields fell to new lows on Thursday and U.S. treasury yields resumed their fall as trade tensions doused a rally fueled by hopes for more central bank stimulus ahead of a European Central Bank meeting. [US/]

Sentiment had soured on a lack of progress in talks between U.S. and Mexican officials, and Trump issuing a fresh threat to hit China with tariffs on at least another $300 billion worth of goods.

With Trump on a trip to Europe until Friday night, a quick agreement in the U.S.-Mexico talks is not anticipated by the U.S. side, although Mexican President Andres Manuel Lopez Obrador struck a positive note.

“The U.S. authorities have behaved very well, (including) President Trump, because they haven’t closed themselves off to dialogue and we hope that a deal is reached today,” he told a news conference on Thursday.

Nevertheless, Mexican officials have prepared a list of U.S. products that may face retaliatory tariffs if talks do not end in agreement.

The tariffs would target U.S. products from agricultural and industrial states regarded as Trump’s electoral base, a tactic China has also used with an eye toward the Republican’s re-election bid in the 2020 U.S. presidential election.

Mexico ramped up efforts to halt the flow of Central American migrants crossing the border to the United States on Wednesday, with Mexican soldiers, armed police and immigration officials blocking migrants along its own southern border with Guatemala.

It was unclear whether the hardening of Mexico’s response would appease Trump, who is struggling to make good on his key 2016 presidential campaign promise to build a wall along the U.S.-Mexico border as part of a hard-line immigration stance.

Senator Chuck Grassley, Republican chairman of the finance committee, had expressed hope on Wednesday of a quick deal with Mexico but he was more cautious on Thursday.

“The fact that there wasn&rsquo;t any agreement probably isn&rsquo;t surprising as long as they are going to be here two or three days,” said Grassley, one of several Republican lawmakers who have expressed concern about imposing tariffs on Mexico.