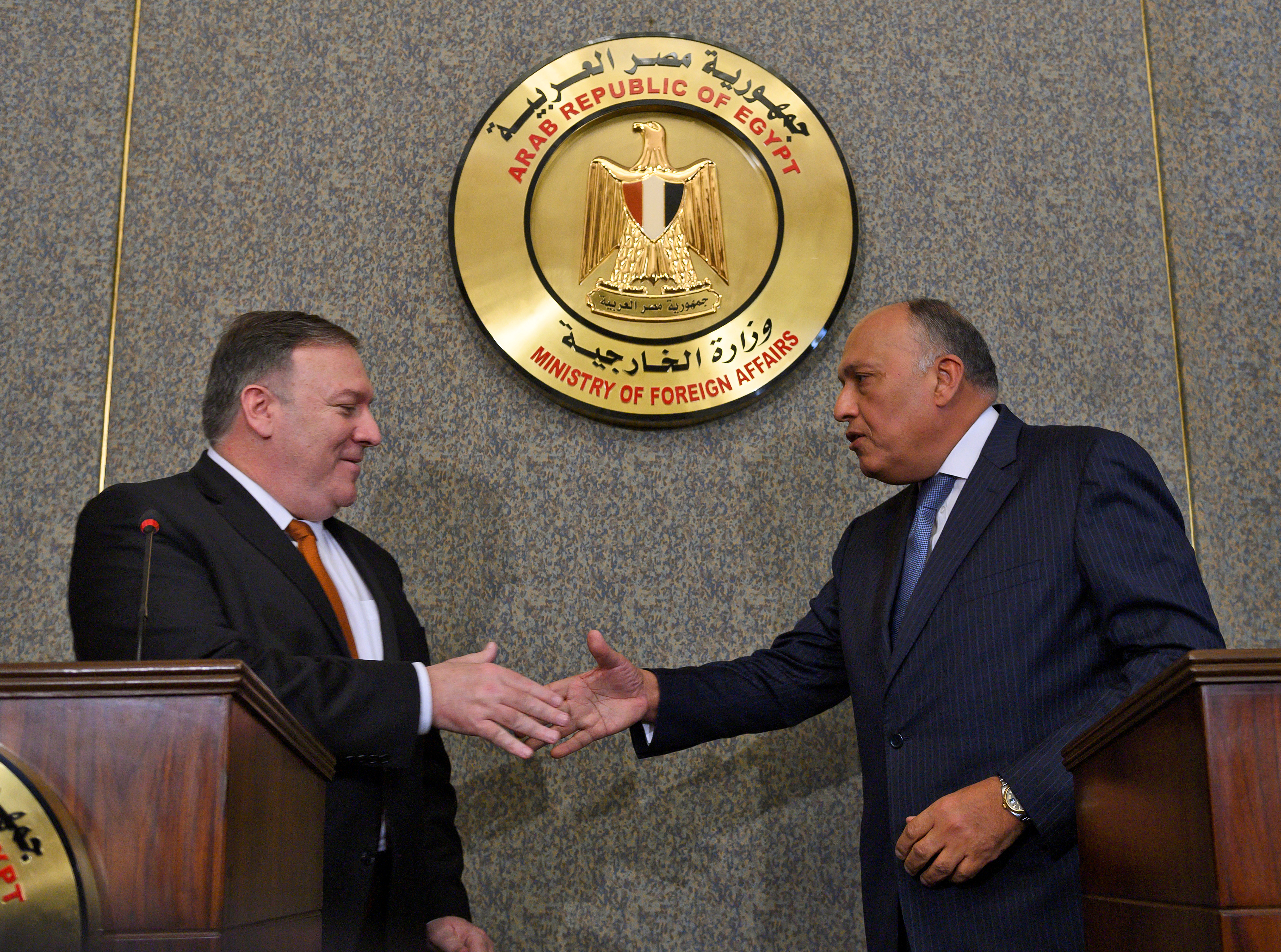 By Lesley Wroughton and Lena Masri

CAIRO (Reuters) – U.S. Secretary of State Mike Pompeo accused Barack Obama on Thursday of sowing chaos in the Middle East by failing to adequately confront Islamist militants in a blistering critique of the policies of President Donald Trump’s predecessor.

Speaking in Cairo, the site of a major speech Obama gave in 2009 in the first year of his presidency, Republican Trump’s chief diplomat took on Obama by arguing that the Democratic former president had in effect misread and abandoned the Middle East.

The comments raised eyebrows in the United States and abroad not the least because Trump himself is being criticized for his ambiguous plan announced last month to pull U.S. troops out of Syria. While that decision’s timing is unclear, it is widely seen as abandoning the region and favoring U.S. rivals Russia and Iran.

“When America retreats, chaos follows,” Pompeo said in a speech at the American University in Cairo in which he did not mention Obama by name but referred to him as “another American” who gave a speech in the capital of the Arab world’s most populous nation.

Pompeo is touring the region to explain U.S. strategy after Trump’s surprise announcement of an abrupt withdrawal of all 2,000 U.S. troops from Syria, which rattled allies and shocked top U.S. officials, prompting U.S. Defense Secretary Jim Mattis to resign.

Describing the United States as a “force for good” in the Middle East, Pompeo sought to reassure allies that it remained committed to the “complete dismantling” of the threat posed by the Islamic State militant group despite Trump’s decision to withdraw troops from Syria.

(Reporting by Lesley Wroughton and Lena Masri; Writing by Arshad Mohammed and Sami Aboudi; Editing by Will Dunham) 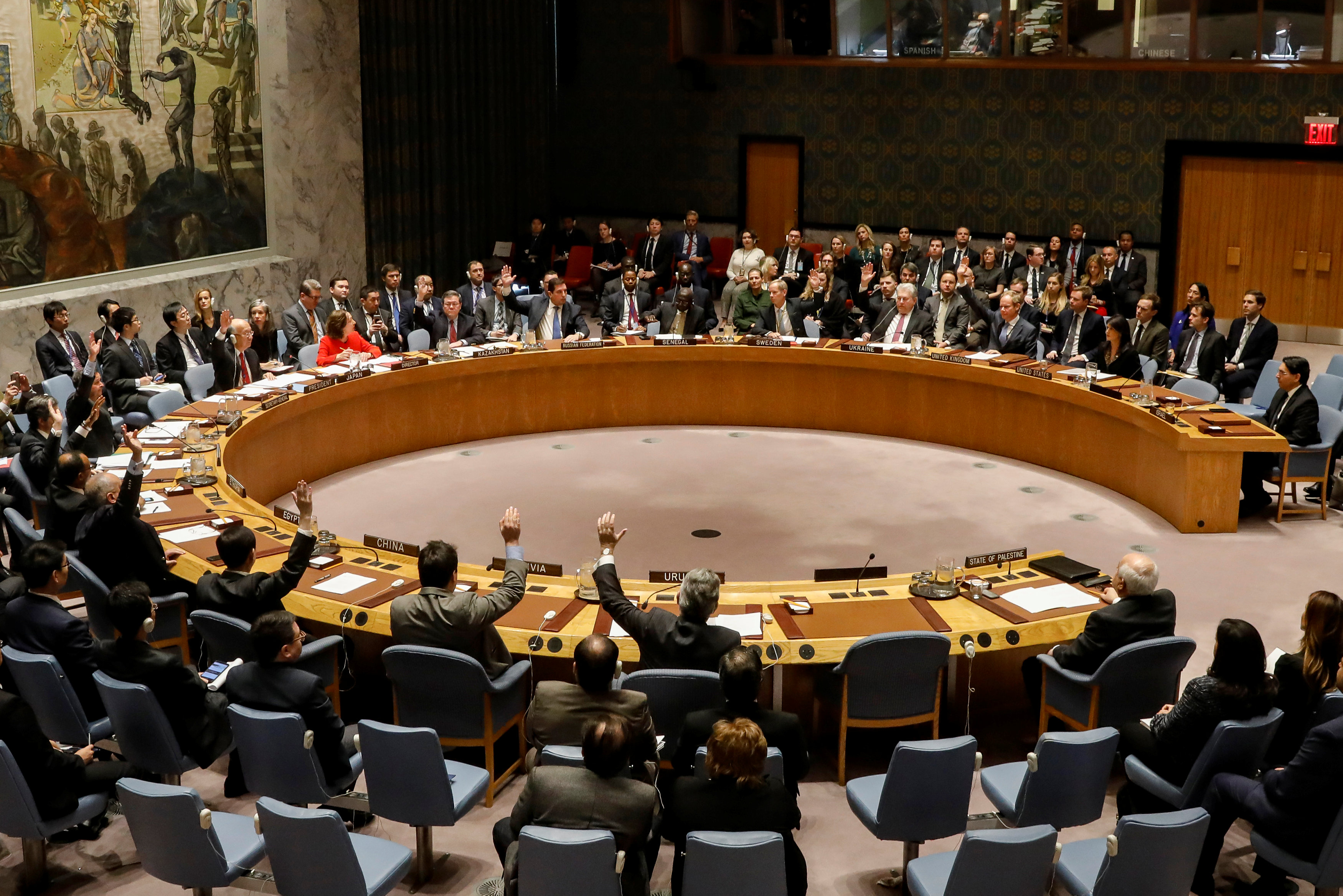 By Suleiman Al-Khalidi and John Davison

AMMAN/CAIRO (Reuters) – Leading Arab allies threatened with cuts in aid by Donald Trump said on Friday they had no choice but to defy the U.S. president over his recognition of Jerusalem as Israel’s capital, and did not believe he would follow through.

More than 120 countries, including every Arab nation, voted at the U.N. General Assembly late on Thursday to urge the United States to withdraw its decision, announced earlier this month.

Trump threatened to cut off financial aid to countries that voted in favor of the U.N. resolution, drafted by Egypt and supported by all members of the U.N. Security Council except Washington.

He repeated his threat on Friday, writing on Twitter: “After having foolishly spent $7 trillion in the Middle East, it is time to start rebuilding our country!”

In Egypt and Jordan, among the top recipients of U.S. aid but long the most heavily invested in the Israeli-Palestinian peace process, Trump’s threats were not taken seriously enough to backtrack on firm opposition to the U.S. move.

“The Americans know more than any one else that a stable Jordan is crucial for U.S. interests in the region,” a government minister who asked not to be named said.

For its cooperation in defense and other fields, Jordan receives some $1.2 billion annually from Washington.

“We do not expect the American administration to touch assistance but if it does this will only add to Jordan’s economic woes,” the minister said.

Former Jordanian prime minister Taher al-Masri said Jordan’s role as an ally in a volatile region where unrest has led to attacks on U.S. soil would likely keep the aid safe.

“Trump is not giving us aid as charity. Jordan performs a regional role in stability that we have not gone back on delivering,” he said.

In a sign of concern over Trump’s unpredictability, some Jordanian officials privately expressed worry, however.

Masri said the U.N. resolution would have received many more votes from member states had Trump not made his threat.

For Arab and Muslim states, anything less than total rejection of Trump’s Jerusalem decision would have been impossible, he said.

Nations around the world have criticized the move as damaging chances to end the Israeli-Palestinian conflict, and Palestinian President Mahmoud Abbas has rejected any further U.S. role in the peace process.

As home to major Muslim, Jewish and Christian holy sites, Jerusalem’s status has long been fought over in rounds of failed negotiations, and ignited deadly conflict between Israeli and the Palestinians.

Jordan’s monarchy is custodian of Jerusalem’s holy shrines, making Amman sensitive to any changes of status of the disputed city.

Egypt, which led regional efforts to reject Trump’s decision as having a “negative impact” on security in the region, has been a key broker of past peace deals. Egypt’s foreign ministry and presidency could not be reached for comment after several attempts following the General Assembly vote.

“I don’t think Egypt will be worried … certainly Trump’s inner circle will not be too impressed – but I doubt that it will extend beyond that,” he said.

Egypt is an important military partner for the United States and is fighting its own Islamist insurgency in part of the vast Sinai Peninsula.

Arab countries are unanimous in their rejection of Trump’s Jerusalem move. Key allies such as Saudi Arabia and Iraq reiterated their stance at the General Assembly vote.

Iraq’s foreign ministry described the result as a “triumph for international law”.

Saudi Arabia’s delegation said their vote on the Palestinian cause reflected a “policy priority since the time of the founder (of Saudi Arabia), King Abdul Aziz.”

It is unclear if U.N. votes and strong rhetoric alone will force Washington to reverse course, however.

Israel, the closest U.S. ally in the Middle East, has heaped praise on Trump. Prime Minister Benjamin Netanyahu hailed his decision, which reversed decades of U.S. policy, as a “historic landmark”.